"What a Dump:" The Lorax

*Editor's note: Typically, I can rein in the vulgarity but I will release myself from those shackles for this article only. I apologize in advance for my language. 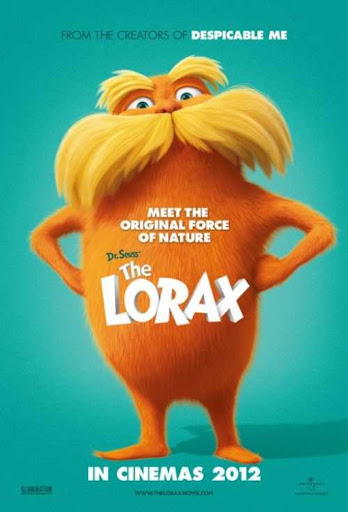 Where to begin? I am not going to mince words. The Lorax is a piece of shit. Pure unadulterated shit. From start to finish, there is nothing that is redeemable about it... Not one minute. The filmmakers took a classic piece of children's literature and systematically removed everything that made it great. So, it is not surprising that the creators of Despicable Me (Which is a horrible film in its own right) proceeded to take a stinking shit on a platter and named it The Lorax.

From moment one, I have voiced my opposition to this "film" and the filmmakers proved that my position was warranted. Honestly, if Theodore Geisel were still living, this film would have killed him. The book stood to create awareness about man's destruction of natural habitats and regardless of one's political position, we should be aware of our effects on nature. Does this message appear in the film? No, it does not. We (the audience) are treated to a collection of really moronic songs and dialogue that had to be written by two five years olds with access to a typewriter. 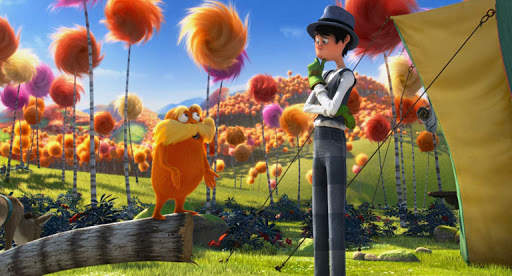 You know, I can deal with a crappy script and some phoned in voice work. What I cannot stand for was the usage of this intellectual property to hawk various wares and assorted crap. Look, the Lorax speaks for the trees, IHOP and Mazda! Seriously, Universal Pictures... Fuck you. There I said it. Boy, that felt good. There is nothing else to say about this movie. It has the name of The Lorax but it does not look, sound or feel like it. It is merely a poorly constructed imposter that should be avoided at all costs.

Parting thoughts: I encourage anyone to find a mainstream animated film with a worst voice cast than this film. Also, why is Betty White allowed near a camera or microphone?