"What did you expect? An exploding pen?": Skyfall

Editor's Note: This is a severely belated review of this film. Cheers. -Manny 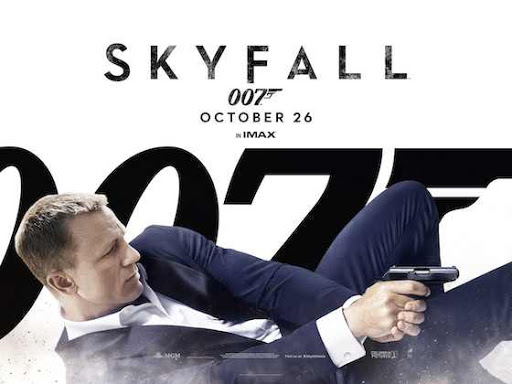 When the twenty-third Bond was green lit, you would have been hard pressed to find someone more excited than yours truly. The long delay due to lack of funding did little to temper this enthusiasm. I must qualify that it had a lot to do with Quantum of Solace being a complete mess. Plus, when you add the Mendes, you can bet that I would be in a seat at some point during the opening day to view the return of James Bond to glory (hopefully).

Skyfall follows James Bond (Daniel Craig) as he seeks to recover a list that contains the names of MI6 agents undercover in terrorist organizations worldwide. The villain is a former MI6 agent from M's past bent on exacting revenge because of her neglect. This path of revenge eventually takes Bond back into his traumatic past.

Skyfall acts as an unofficial reboot to the franchise after the forgettable, Quantum of Solace. It is a return to basics, there is no grand scheme on the part of the villain. It is not a story of global domination but of revenge. Usually, when a film that seeks to remedy the issues of its predecessor, it overcorrects and the audience is left with two unfulfilling films. Mendes and company put together a Bond film that toes the line of nostalgia and being fresh.

The end result is a Bond film that is better than the preceding Craig films and leaps better than the Brosnan era. If there is one slight criticism, it is that they kind of put an end date on Craig's tenure as Bond by prematurely aging him. This is a shame since he has rendered his detractors speechless with his performances in the past three films. Of course, only time will tell if this choice will affect his future in the role. The main strength is that Skyfall is that establishes a strong foundation for the series barring another step back.

Parting thoughts: Hot damn, I love me some Ralph Fiennes.