That's right ladies and gentlemen, we have a race: a look at this year's Oscar Nods 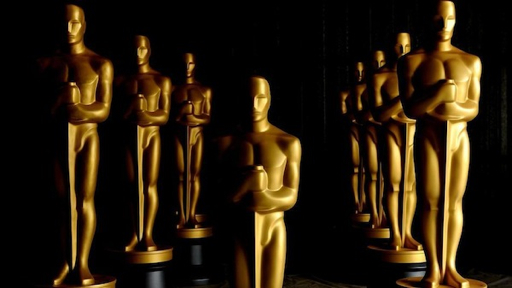 I know things have been sluggish around here, so if you're still here we appreciate it. I always have the intention to get back on the horse, in fact I have quite a few articles half started, but real life keeps getting in the way as it always has. But I've told you all this story before, you want to know why I'm here today...well plain an simple it's Oscar season. Not only that, for the first time in as long as I can remember the race is EXCITING. Surprises are happening everyday, and no clear winner is really the front runner. Week to week the ultimate fate of these films changes and I have had a blast following the journey. Now with the nominations finally announced I want to talk a bit about my thoughts on the whole. Rather than go through everything I'm going to run through the best picture nominees and hopefully cover the others in the process. Keep in mind these are my thoughts on the probability of these films winning, ill be back later with my favorite films of the year as well as my dream Oscar list. 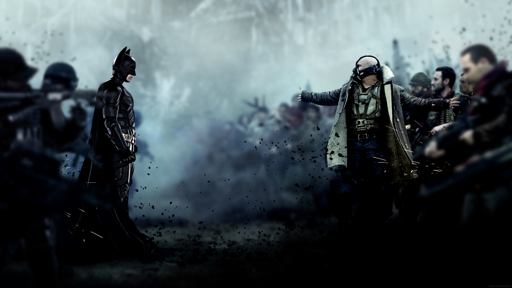 Before we get to that let's talk about a huge snub. The Dark Knight Rises does not receive a single nomination. I'm not an idiot, at no point was there ever a chance for TDKR to be in the best picture race. But the technical awards are absolutely deserving. For it not to be nominated in production design and cinematography is a travesty. And in my mind Shore's best score of the three. Whatever your thoughts are on the film from a filmmaking standpoint it was a brilliant success. Annoyed by this one, I feel like the Academy wanted the Dark Knight II, rather than an evolution in story. Oh well.

I arranged them in some sort of order as to what I think has the best chance of taking the big prize. But again what's so amazing about this year is that literally outside of Django and Les Mis it could be anyone's game. Right now I see Argo through Beasts of the Southern wild tying for third, Silver a close second, and Life of Pi and Lincoln ducking it out for the lead. A race this close I don't think I've ever seen. 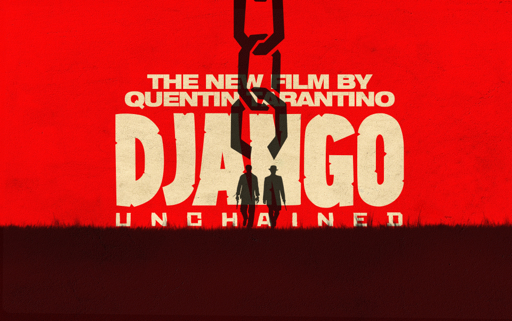 Django was never was a real contender and with no nod for directing, this is probably the safest bet in the whole oscars, Django will not win best picture. But the academy loves Tarantino, so I could see the best original screenplay being his consolation. As for Waltz? He's in the stiffest category this year outside of picture. Everyone a return winner. Anyone's game there. 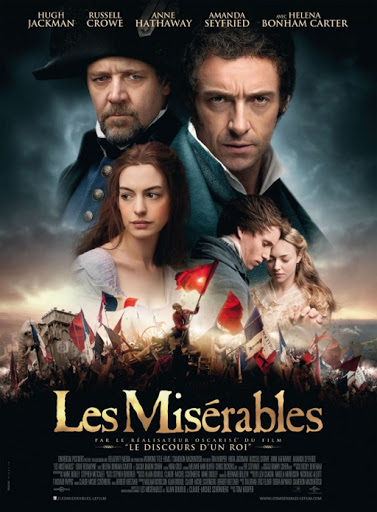 Les Mis was at one time a real contender in the heads of pundits everywhere, feelings on the film are not consistent enough to take the big prize home. No nod for Hooper was the nail in the coffin. But, industry wide people are saying Hathaway is a near lock for the win. Aside from that and the technical nods, Les Mis probably won't walk away with the big prize. It won the Golden Globe? You mean in the same category that The Tourist was once nominated? And against this years Salmon Fishing in the Yemen? Please. Again I can't say this enough this is an incredibly tight year and Django and Les Mis might be top dogs some other year but in this selection they'll have to settle for the honor of being nominated. 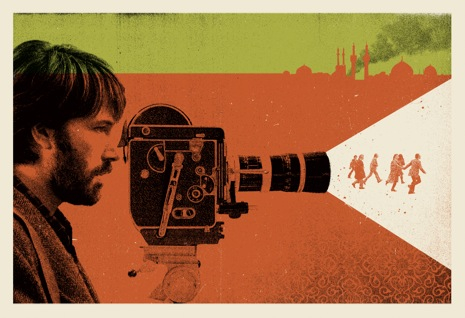 So I had said that Argo, ZDT, Amour and Beasts were probably neck and neck in terms of chances to win. Well Sunday might have changed that, while the win for Les Mis was cute, Argo's sweep of director and best picture Drama was reinforcement that Argo is still very much in the game. Argo burst onto the scene and immediately there were talks of Best Picture, Director and supporting actor. Then it went on to win various critics awards and it never lost steam. Even when ZDT came in and starting winning awards Argo was still a consistent force. Then the Academy decides to think outside the box and snubs Affleck and Bigelow and gives the directing nods to Haneke and Zetlin. Definitely not a good sign for Argo, but its appeal is widespread. Don't count any of these films out, just yet. 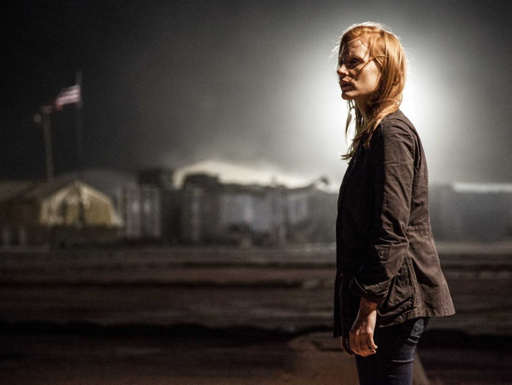 Now as for Zero Dark Thirty, anticipation for Bigelow's follow up to Hurt Locker was huge and once it landed everyone applauded her for making an even better film. It too began winning some big bawards and then the Oscar's in a move which most will tell you is extremely sexist, denied Bigelow her second nod. Whether it is or not, her movie is brilliant and she absolutely should be up there, again stiff competition this year. ZDT still has a shot, and word is that a decent amount of the academy is upset that the directors branch denied her a nod and are going to rally behind the film. We'll see in a few weeks. 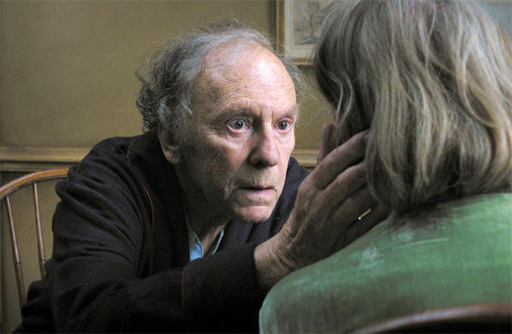 Amour and Beasts of the Southern Wild are two amazing tales of success(the subject matter of both films is less uplifting). Both were released in the festival circuit, and both won their first festival appearance. Beasts had a lot of love early on with people calling it one of the first Oscar contenders of the year. But as often happens, talk of it died down as months past an heavy hitters like Lincoln and Argo came out to play. Amour, while being universally lauded as brilliant, was long thought to be a shoe in for the Best Foreign film and that that would be the end of its story. Well sometimes magic happens and on nomination day amour and Beasts get the best picture nod, original screenplay, best actress and BEST DIRECTOR . That last one being the key that puts these two back in the game in a BIG way. ZDT and Argo weren't able to pull a best director nod but these two small films filled with passion have achieved greatness. It'll be exciting to see what happens, because like I said this really is anyone's game. In fact I think Beasts could be the true upset here, since I feel zdt will take actress, Amour will take foreign film, Argo could take best adapted, life of Pi will take the technical awards. I think as the night progresses if Beasts nails best original and best director we might see them take the big one home. 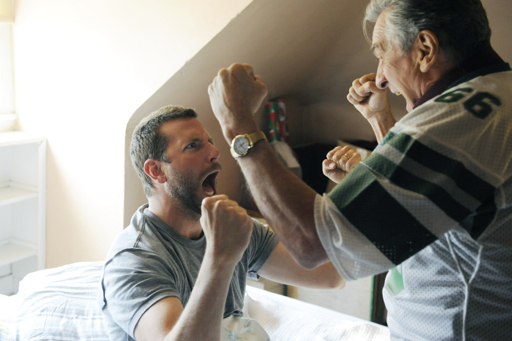 Taking a look at David O. Russel's latest, we have a juggernaut of an actor's movie. The first movie to nail all four acting nods since Reds, and joining the likes of Billy Wilder Russel's film has a lot going for it. It's not a grandiose story of epic proportions like Life of Pi or as monumentally historical as Lincoln, but that has never stopped these more intimate pieces from taking the win. Last time Steven went up against Harvey(with Saving Private Ryan no less) he lost, we could easily see an upset here as well. David o Russell is a great director and has been building support in the academy since The Fighter. The guy can direct actors which was proven with these nominations. Cooper and Weaver are probably out of the running, but Lawrence stands a great shot of taking it away from Chastain. Unless the two of them split and it goes to Quvenzhane. Same for Deniro, his is a tough category but any of those men could take it. Even the young buck Phillip Seymour Hoffman. 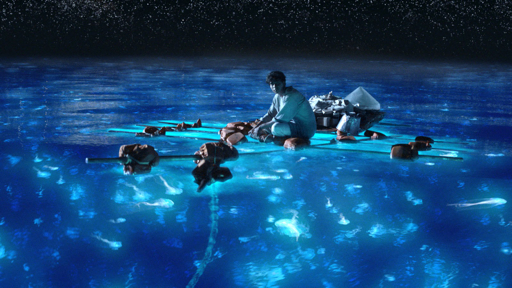 As for Life of Pi, I have it currently tied with Lincoln. Honestly I've beaten this point to death, but if you can imagine a race where milliseconds separate the winner and losers, that's this race. You have to hand it to Ang Lee, the guy has such an understanding of humanity that he can go from Sense and Sensibility, to The Ice Storm, to Brokeback, to this. He cares not about geography, because to him the human condition is universal and he shows us heartbreak, and joy and bliss across cultures. He may not be my favorite director, but his range and fearlessness is to be applauded. That being said, this movie has a chance to sweep the technical awards, and if he manages to beat out Roger Deakins, and take home the statue for director he could end up with the big prize. My prediction is he takes both sound awards, visual effects, editing(although would love ZDT to take that) and maybe cinematography. Also I feel like we could definitely have a split from Director and Picture. That being the case I can see the academy giving Lee director and Spielberg best picture. 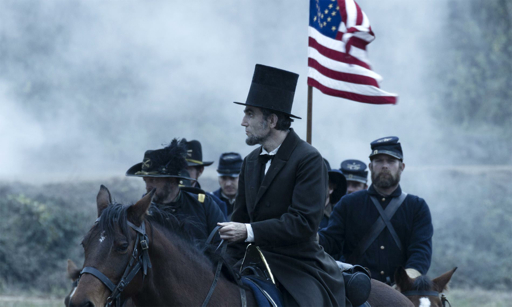 Which of course brings us to Lincoln. Hailed as Spielberg's best in a long time, I'm inclined to agree. But my opinion means nothing(I would much rather have ZDT or Beasts take the win), and more than that this film seems to be the epitome of Oscar bait. Why no backlash a la Crash? Because this is Oscar bait done well. This is actually a small film, epic in relevance but it really takes place over a short period of time, and is mostly an episode of Cspan but rewound to the end of the Civil War. Spielberg, with a lot of help from Kushner's gorgeous screenplay, brings you into this world and shows you the corruption and back room dealings and the blood sweat and tears that went into Lincoln's presidency and he shows you a damaged man. A man forced to play in the trenches for the greater good. Everyone loves Lincoln, a statement both true in history and true of the film. With the ever greatness of Kaminski constantly bathing Lincoln in natural light and backlit windows, he makes the man of a great stature seem like a legend come down to save us all. This has nothing going against it aside for, the greatness of the other nominees. Heed this, this will win an Oscar, maybe not the big one, but it will win something. 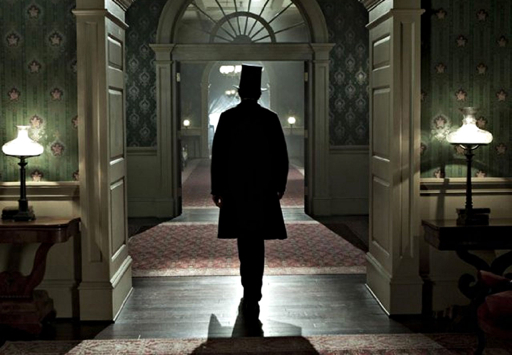 Lewis, and Hathaway and Skyfall for song, are the closest things to locks.