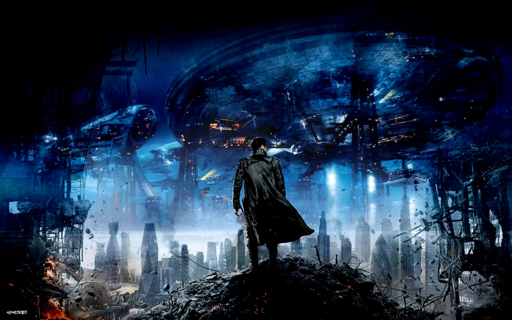 Well well it has been sometime hasn't it? No excuse really, Mr Funkowitz was kind enough to let me have a brief leave of absence to start my own business with the lovely Twincess.(in fact I urge all of you who are interested in fashion to check out my online boutique www.gatherboutique.com ) but alas my duties here have been on hold for far too long. I actually have a handful of reviews that are either started or even finished, but rather than barrage you with months old writing I thought I would do something of a mid year recap. I'll list my favorite five films so far as well as some thoughts on some other stuff I've seen.

This year has already been incredibly rewarding cinematically. From the beginning there has been some incredibly diverse and unique offerings whether some old genre faves like Cascarelli, or perhaps a swan song from Soderbergh, and the introduction to American audiences from TWO of South Korea's best. Not to mention not one but two Coppola films....lets get to it shall we. 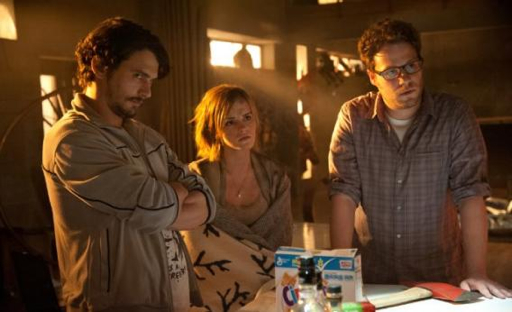 5. This is the End - Seth Rogen and Evan Goldberg
I love this film. Maybe the most fun I've had in the theater all year. I struggled with putting it on here but damnit it's so original and so self deprecating and so hilariously funny that its an achievement that deserves some recognition. Rogen and Goldberg write brilliant caricatures of real life Hollywood comedians. From an overly sensitive Jonah Hill, to a slightly obsessive James Franco, to Michael Cera playing the most absurd coked out version of himself Rihanna has ever seen. Kudos to Emma Watson for not letting anyone give her the rapey vibe. This is a film based upon our vision of these people and they all just dive right in and make fun of the absurdity of their celebrity. Oh yeah and there's demons and cannibals and the rapture and drugs, lots of drugs. Rogen might not be for everyone but this is the kind of movie that should win at least a few people to his side. 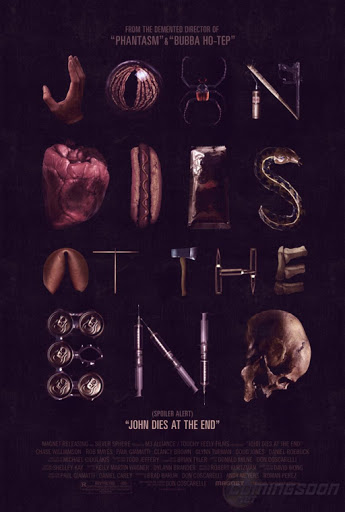 4. John Dies at the End - Don Cascarelli
So there's this new drug called soy sauce, and it lets you see things that are beneath the veneer of reality. Like demons or monsters or scary ass bugs. And there's these two slacker kids, and they fight these fake invisible monsters in an effort to prevent the two universes from collapsing. Also they're on drugs and Paul Giammatti interviews them and one of them may or may not die at the end and some time travel....maybe. This is unbridled insanity brought to you by genre favorite Cascarelli. Again this is a fun exciting journey into a story I've absolutely never seen before. And it's directed with an unbelievable amount of exuberance you'd think this was Cascarelli in his prime, or maybe he is. 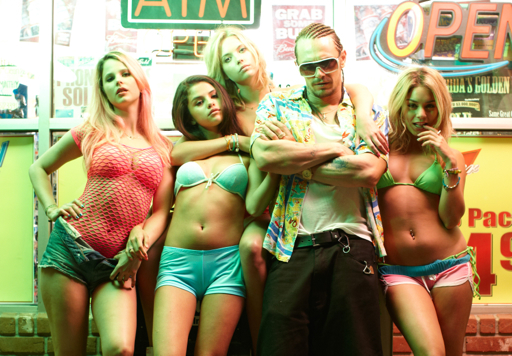 3. Spring Breakers - Harmony Korine
Never thought I'd see one of his film on a Top list from me, but this story of youths obsession with excess gone wrong is a stylistic wonder. Korine throws all the sex and drugs and sweat at the screen that you begin to feel just as dirty and grimy as those beaches. He does this masterfully with his normal manipulation of film stock flipping between what looks like home video(like VHS home video) to high res boobies. Then once James Franco arrive the story becomes a fucked up fairy tale as our young heroines fall further and further down the hole of evil culminating in the most surreal and disturbing climax this year. Korine handles the direction masterfully knowing when to show restraint and when to just go way over the top, with Gaspar Noe's dp in tow we get the same beautiful camera movements and bright fluorescents that just elevate this world to something slightly out of this world. sprrrrriiiiing brrrrrrrrreak 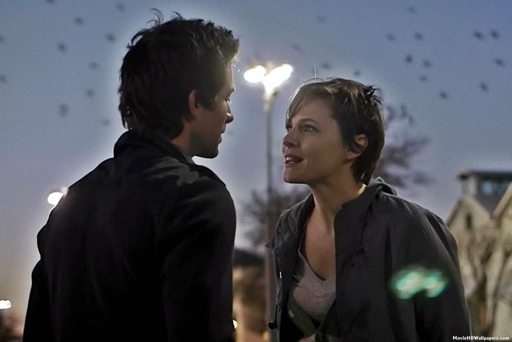 2. Upstream Color - Shane Carruth
This could very well end up at the number one spot, but damnit it's a Carruth film and I'm pretty sure I need to see this maybe 5 more times before I fully grasp the film. Carruth takes us on a journey of emotions as we see the fleeting nature of identity and what happens to us when a relationship is started. It's a beautiful film that is bounds ahead of Primer. It is much more accessible(not saying much) and the ideas presented are far more engaging. Carruth has made a film that is begging to be felt and experienced rather than understood. It is truly an experience every filmgoer should have, just let yourself go and stop trying to piece it together and you'll find a unique film from one of the most challenging directors today. 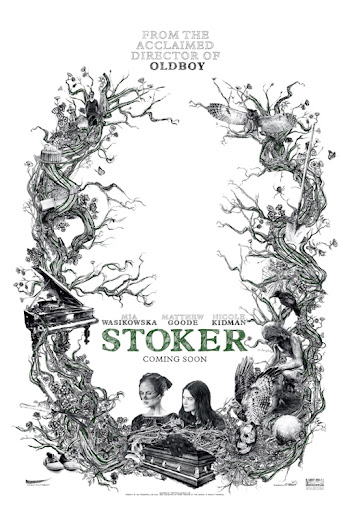 Stoker - Chan Wook Park
Park's first American film is a Hitchcock inspired gothic masterpiece. One of my favorite directors has successfully made the jump to American soil. With this story of a young girl who's father has died and her uncle has moved in with a few secrets of his own. Saying any more would betray the brilliance of the story(shockingly written by Wentworth Miller...yes...that guy) Park manages to keep each twist engaging even if some of the plot points are a bit obvious we are still mystified as the story unfolds. With his superb mastery of Mise en Scene Park takes us into this gothic story of familial bonds and betrayal and ratchet up the tension with each passing minute. Park relishes in creating the horrible beautiful and he doesn't skip a beat here as you can see some of the same horrific imagery from Thirst here again and it's still just as awe inspiring. Not Park's best, but probably the best I've seen all year, besides will he ever be able to top Oldboy? 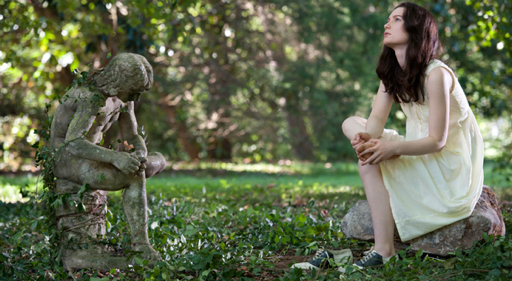 - Man of Steel was ok.....quite a few just horrible mistakes though and I'm not talking fanboy bs. But Pa Kent's death was so idiotic it made my head hurt, also Phantom Jor-El was the definition of "convenience" loved Adams....really enjoyed Cavill and I even liked Krypton at the beginning.

- Kim Jee Won did not make the jump to American Films with the same success as Park. 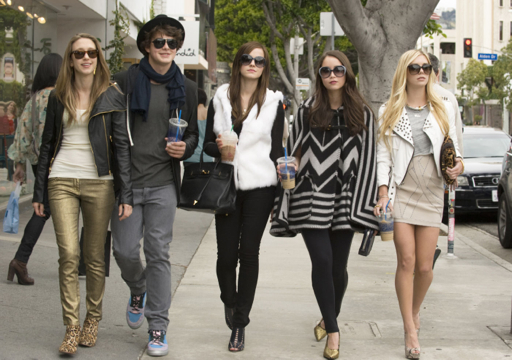 - The Bling Ring was another super cool film from Sofia Coppola...it's easy to look at it and think she's poking fun at this LA celebrity obsessed valid teenage group...but sadly if you've seen any "reality TV" this is how people talk. Really enjoyed it and her attention to detail is amazing.

- her brother however has a boring unlikable film with Charles Swan.

- loved Side Effects...hope it's not the last. 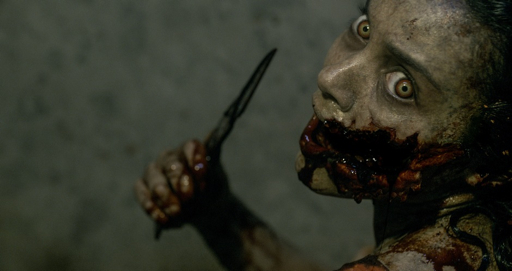 Look I can't promise anything but I'm going to to try to keep up my consistency. I love writing for this site and I want to be a strong contributor. Here's hoping.

One last thought - this is Franco's year...he owns it in all of his films this year.