"I will not suffer such abominations here:" A Dance of Dragons 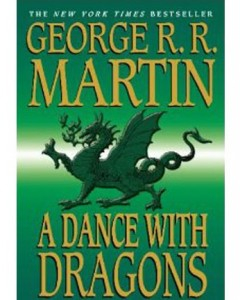 A Dance of Dragons

It took roughly three attempts to complete this book... Let it be said that there is nothing like reading the same two hundred pages over and over. Let me explain that this is not an indictment of the book and that the rest of this review will be positive. It is merely my acknowledgment that I do not have enough time to read recreationally. Curse you dreaded course reading that has nothing to do with the class I am taking! Not too subtle digression aside, George R.R. Martin creates a compelling tome once you get past the first two hundred pages.

Since the books in this series are too large with dense and complicated plot lines, this book will be discussed on the merit of quality. Contrary to most fan boys on the Interweb, Dance of Dragons is good book and an enjoyable way to spend a little spare time. Is it as good as book three, A Storm of Swords? No. It succeeds on the merit that you finally get some closer on the events that closed that book. For those curious, books four (Feast of Crows) and five were on colossal book that was split in half. Book four contained a lot of new characters and none of the more popular characters appear. Needless to say, it was not a popular decision.

The harshest criticism that I can give for this book is that it starts off rather slowly. This is minor in the grand scheme of things as the pace picks up drastically during the remainder of the novel that one forgets this criticism. Most of the reviews felt that Martin was relatively lax in the prose department regarding descriptions or pacing issues because of geographic limitations. While such criticisms are relatively warranted, I cannot support such nitpicking. At its core, Dance of Dragons is a really solid novel and given its mammoth page count, I can say that time was well spent reading. The only thing that I can say that I regret about the book is finally catching up with the legions of fans waiting for book six. It looks like I will have to invest my time in some other books. Drag.

Email ThisBlogThis!Share to TwitterShare to FacebookShare to Pinterest
Labels: A Dance of Dragons, Game of Thrones, George R.R. Martin