Football season is upon us? Crank up the quality research, analysis and commentary by the greatest aspect of journalism! (Alt title: Why I hate sports journalism) 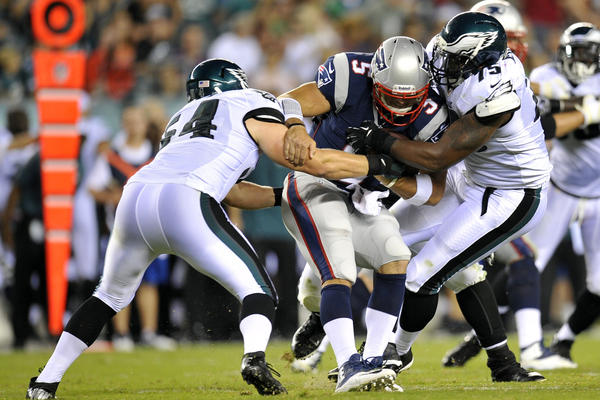 I had to take a break from the mental exercise of composing a piece on Syria to pen a sports brief. As one might know, the football (American football not global football or futbol) season is nearly upon us. As a football fan, I figured that I would piggy-back upon Gonzi's post (Which you should read... do not worry, I will be here when you get back) and discuss what I truly despise about America's favorite pastime. If you think my vitriol to the news media is bad, you do not understand how much I despise its step-cousin, sports media.

Do not get me wrong, I enjoy football but seriously, media coverage on the subject is not only lazy but horrible. Analysis is practically non-existent and discussions range from Rex Ryan's tattoo of Mark Sanchez, noted sociopath Aaron Hernandez or Tim Tebow for every hour of programming. Frankly, for the period of four months nothing else matters (save for a smattering of new about how great the Patriots or Packers are). Today was roster cuts and wouldn't you know it, Tim Tebow was cut by the Patriots (really killing two stones with that story)... Then my morning coffee was interrupted with this breaking news. Evidently, the guy whose inability to play quarterback set the position back to 1923, is front page news. Especially laughable is that he was fighting for a third string spot! Oh the humanity! What will the NFL do now!

This news spawned two lengthy articles on Yahoo! about how moronic the move was and how
the Patriots should have kept him for his presence in the locker room. Now, I get it, if Tebow is not on a team, all of those sportswriters, bloggers, producers and analysts will have to think of something else to cover. Granted, it will be difficult to do since all of these former journalism majors picked the easiest aspect of news to get into will actually have to do some research. Heaven forbid! They will have to find something to occupy fifty-four minutes of airtime each hour now! It is a shame that they only have four-six teams to cover! Ah screw it, I am going back to baseball... What?!?! Justin Morneau was traded to the Pirates... I am done with sports!

Addendum: For anyone curious, I do not hate Tim Tebow or his beliefs, I happen to enjoy his "gee golly" politeness and demeanor. He is an affable and amiable gent, who cannot play football at the professional level.

Addendum version II: Justin Morneau has not been the same player since 2010. I understand the trade but as a Twins fan, it is a bummer (besides being a Twins fan these days).
Posted by Manfred "Manny" Funkowitz at 3:41 PM