An incredibly narcissistic and arbitrary look at 2013

I promise my top ten films of 2013 will be up soon. I just keep finding myself stalling, hoping I can fit another film in or finally get around to seeing that one film. I know I'll never catch up on everything I want, but for now let's procrastinate a little bit more. So while film is easily my main passion and what I tend to write most on, there's plenty more about pop culture that excites me. Yah I know I wrote little to nothing in general this year and I don't think a single article was on anything but film. So this article here will chronicle some of my favorite moments from 2013. These are all moments that struck me as important or interesting many of them from movies, but mostly this is my excuse to discuss a bunch of stuff I like but happened to be too lazy(busy?) to finish an article about. 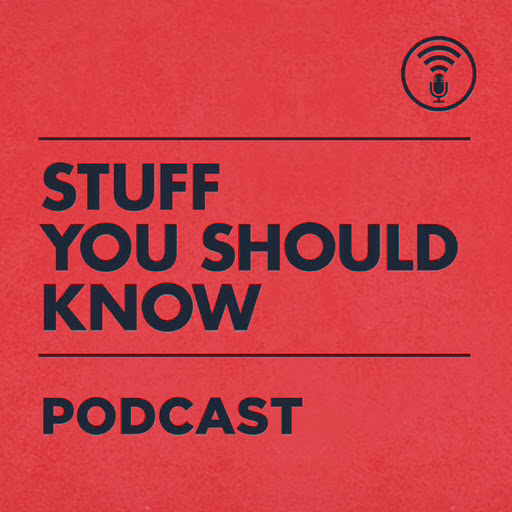 Finally discovered podcasts.
Holy shit I'm an idiot. I started listening to podcasts at the end of 2012. But this year it has become a full fledged obsession. How I never bothered to explore this wealth of information news and pretension is beyond me. This and the one below show huge holes in my pop culture knowledge, but man every free moment every morning commute I find myself listening to Frogpants telling me the newest facet of Geek culture, or NPR waxing intellectually on the minutiae of pop culture, learning stuff I should I know, or even a brilliant long form story about a small town that has the most deliciously eccentric problems. Here's my three favorite.

Alton Browncast - Nerdist
Hyper intelligent discussion of food. This mans approach to food has always been a favorite of mine. The logic and science which he brings is matched only by his intense passion and love of food. His discussions are enlightening and entertaining. You want a taste? Listen to the episode with his protege Justin Warner, two psychotic made food scientists discussing food as the love of their life. 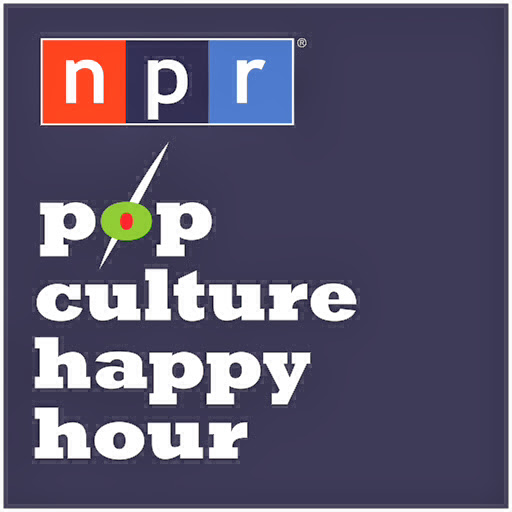 Pop Culture Happy Hour - NPR
I want to be best friends with everyone on this podcast. There is little that makes me more happy than examining seemingly innocuous events with the reverence of cultural milestones. Whether it's exploring the structure of Hallmark Xmas specials, analyzing the career decisions of Miley cyrus, or even using Thor as a jumping off point for the place of familial tensions in the greater cultural landscape. Glen Weldon you have my heart. 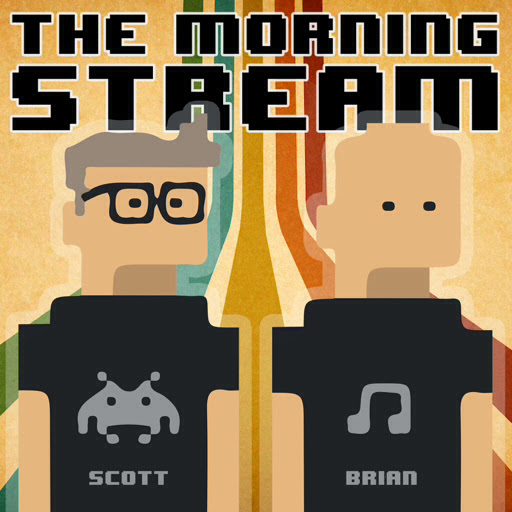 Frogpants Network - too many to list
What Scott Johnson has done for geek culture is indescribable. He has created a place where literally any type of geek can come and find something for them. Whether you're into tech, vid games, Warcraft, movies, comics etc etc. His band of producers are matched perfectly to this ideal that we all need a place to call our own and the love that permeates each show is palpable. This is the first podcast I listened to and as I continue to find more shows that Frogpants makes he has made a believer out of me. You feel welcomed just by listening, and you might now always agree but even then you feel a part of the conversation because they're conversations you WANT to have. 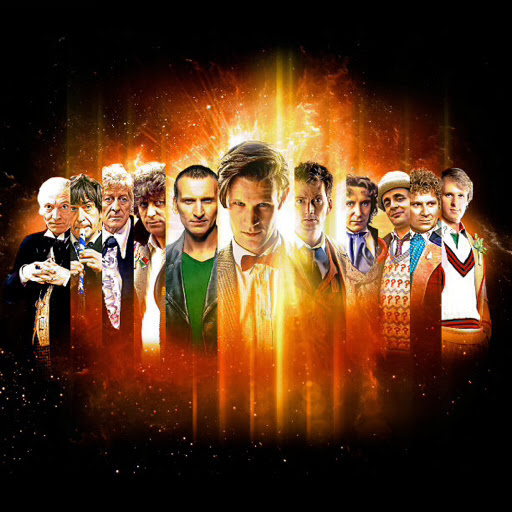 Finally discovered Doctor Who
Talk about a blind spot of my nerd knowledge. I had meant to watch Doctor Who for years but never got around to it. But the perfect storm of hearing people mention it on podcasts and some unexpected fans at work made me give it a try. And boy did I feel stupid for missing out for so long. I unabashedly without hesitation love Doctor Who. It's the type of insanity and sci if and whimsy that makes me heart smile just thinking about it. Finally I can join in as people argue over Tenant and Smith(sorry kids Tenant is THE doctor), or understand the myriad of references to a tardis, or daleks or companions. Even RC joined in and LOVES it. It's a show for everybody. And my newfound passion for this show culminated in me watching the 50th anniversary in the theater. I had meant to write more on it, but let's just say it was such an amazing night. Easily the best time I've had at the movies all year, feeling that combined energy and love for the show, made me feel like I was part of a community. That we all knew some secret and were ready to share it with the world. For we had seen awesome, and it was ready to blow some mind holes. 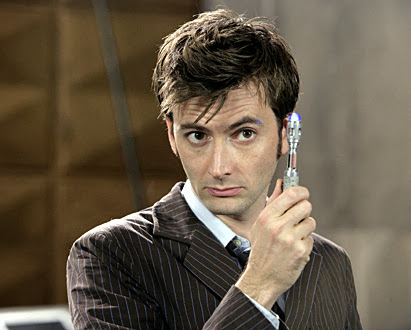 Gravity makes the best case yet for 3D
Favorite movie of the year(probably) makes the most incredible use of 3D. The first film where I can't imagine getting the same experience without being in a dark theater with those glasses on as you hurtle through space on the edge of your seat dodging debris and holding on for life. This is impeccable craftsmanship and he makes it look easy. The whole event is seamless and from frame one you forget everything and just stare in awe as Cuaron takes you on a journey you'll never forget. 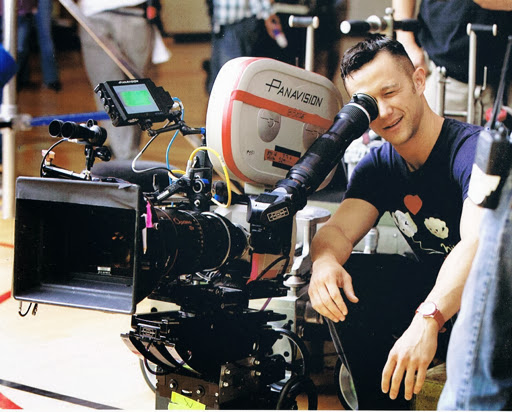 Levitt is the real deal.
Levitt has been making amazing career choices for years now. Proving that he's not just gonna take anything that comes his way. Plus he's been working on his HitRecord project for a long time as well. I feel like both of these worlds came to a high point this year with the release of Don Jon and his HR television series. First off Don Jon is a fine first film. It shows off a potential that I am excited to see grow with each film. Hawk used the word Honest which I think is the best one word review you could give the film. Levitt gives a great modern love story thy has just enough style that it's never showy. On another note this was easily a most memorable viewing as I watched this movie about porn addiction in the middle of the day, alone. Never forget that one. 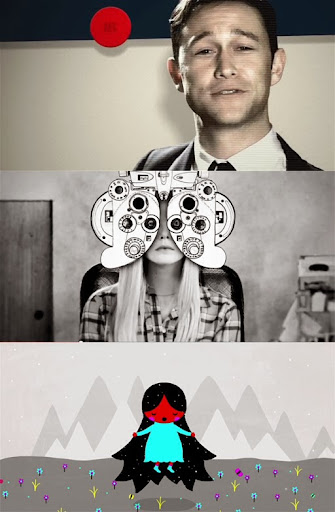 As for his TV show, he is able to recreate his stage shows perfectly onto the small screen. With his army of collaborators he shows the process by which art is created on the site and makes it accessible to everybody. He as host is incredibly charming and drives the show forward taking us through each step pausing here and there to interview one of the many hundreds or thousands that contribute. I want to be his friend.

Wii U shows patience is virtue
Like most of you I was frustrated waiting for the Wii U to release SOMETHING! Anything. Nintendoland is great and shows off some amazing potential, and of course New Super Mario is awesome. But those can only last so long. You could see the possibilities of the system but there was no software to back it up. Then the second half of the year comes along and Nintendo starts doing it. Pikmin, Rayman, Windwaker. Then they release the big gun. A brand new super Mario game in 3D. Any of these four could sell systems, but what each does is show just how important it is to have proper tablet integration. They each use the tablet in seamless ways that are never forced or gimmicky. I know Nintendo has been under fire lately, but just wait. They are perfectionists and we all should know better than to doubt them. 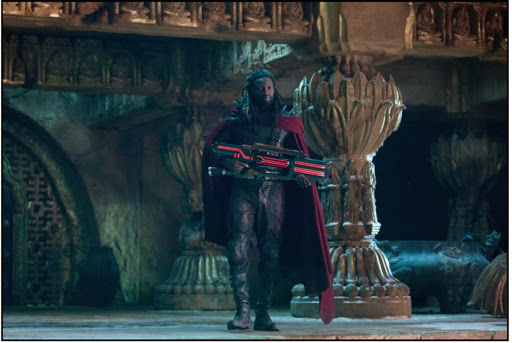 Bryan Singer is making my dreams come true
This should really be on the list next year but it's just too exciting to pass up. I've been telling this story since it was announced, but here it goes one more time. Manny and I saw X3 together years ago. Like everyone else we walked out relatively disappointed trying to find pieces that we liked in an otherwise huge pile of shit. People talk about Lucas ruining the prequels...fuck that Ratner decided to say FUCK YOU to anybody that cared about the X-men. Such shitty treatment of EVERY character. Anyway, as we get in the car Manny and I talk about how amazing it would be if Fox realized there mistake and brought Singer back to REDO X3. "Haha yah that'd be amazing....but it's just a dream" Now Singer is literally fixing the series! It wasn't enough to continue what Vaughn started...he's taking back his cast and giving them respect back. We hope. 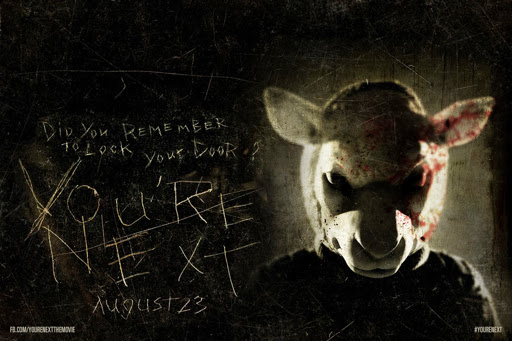 Adam Wingard announces himself to the mainstream.
Wingard and his contemporaries have been making quality if not at least interesting entries into the horror genre for years. This last year thanks to You're Next and V/H/S 2 Wingard's name has finally started to be heard throughout pop culture. VHS2 is significantly better than the first outing and thanks to some Netflix support has gained a huge audience. But where his talent really shows is in the amazing home invasion flick You're Next. Quite simply, the best horror film from last year, and one that inches towards my top ten if only because it's just so fuckkng fun. There's twists and turns which you may or may not figure out, BUT the way he gets you there is something totally new. He nails just the right amount of gore and emotion, while keeping the tension and fun ratcheted up the whole time. Thanks go another great performance by his main man AJ Bowen You're Next will eventually go down as a classic. Can't wait to see what's next. 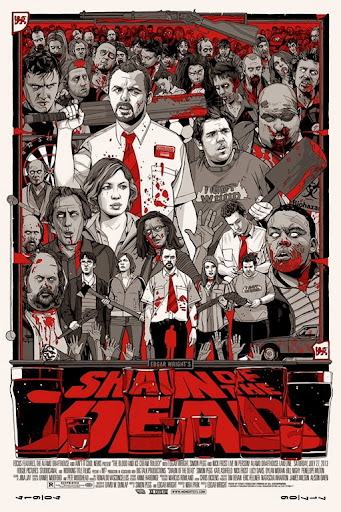 Riley discovers zombies and Macaulay Culkin
So for Halloween RC wanted to join us in our annual marathon. And his discovery? He LOVES zombies. He started gobbling them up and even perfected the perfect little boy zombie shuffle. Right now his fave is Shaun of the Dead, but he had a pretty strong love for World War Z.

As for Mac? I had been wanting to show him Home Alone for awhile and finally decided to give it a try. Off of first viewing he flipped for it. The boy busted up laughing more than I've ever heard. And to my surprise the film holds up better than I thought. Now I just have to convince to stop trying to set up booby traps around the house. 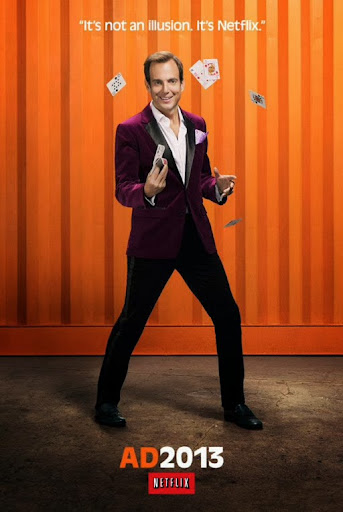 Netflix is better tv than tv
What happened to you network TV? Netflix is kicking your ass. NETFLIX!!!! House of Cards Orange is the New Black, Arrested? All better than anything you can find on network TV. He'll even Roths Hemlock Grove was so ridiculous that it was enjoyable schlock compared to the newest Tim Allen sitcom or a bunch of fake nerds talking about Star Trek. FUCK YOU THOSE ARE NOT NERDS! But the writing has been on the wall for awhile now. Last year out of the big awards for drama (best series and acting nods) one single nomination for Kerry Washington was the only thing networks received. Cable networks and premium channels and now netflix own television. Maybe once NBC files for bankruptcy everyone will realize that quality gets ratings. 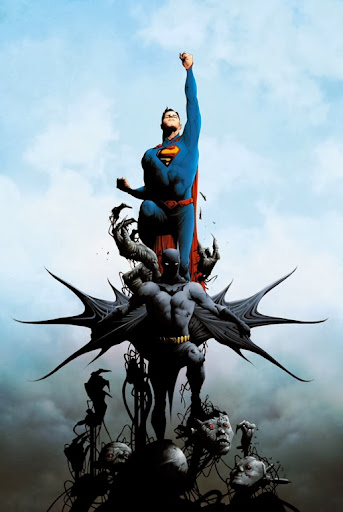 One last thought - how about that new Batman tho?