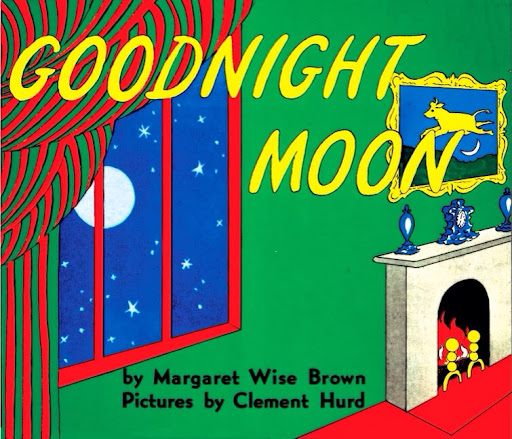 They say it is a classic, that it is the quintessential book to lull your children to sleep. It is said that the book is a portal to a begone era. Unfortunately, Goodnight Moon is a flaming literary turd that be in perfect company with such pieces of shit as Atlas Shrugged, Ishmael and Revolt of the Masses. How this thirty-two page manifesto of stupidity ever made it into the pantheon of "great" children's literature (specifically, picture books) is beyond me. It is nothing more than a pointless series of pleasantries from a child to a series of inanimate objects.

Do not get me wrong, as a parent, you read a lot of books that are not that great to your kids before they finally drift off to sleep. It is true that most of them stink and the genre that is picture books is rife with them. However, the inane content is usually forgotten once the book has been closed. Yet, my mind cannot stop thinking about how bad that book is and literally how little cognitive effort went into writing it. There are those people that felt it necessary to deconstruct this work of fiction to understand this book and its inherent themes.

I hate to break it to you... There are none. There is no greater meaning to the line, "goodnight mush..." Other than a clear example of bad parenting and lack of cleanliness. Although, if you have some time to kill, I encourage you to read the Glenn Beck piece on Goodnight Moon as an allegory for the decline of Communism. He reads a little too much into the exclamation, "goodnight red balloon" and "goodnight nobody" but it was humorous to hear the affection held for Margret Wise Brown as a literary talent. Granted, coming from Beck, it kind of makes sense.

For me, I simply cannot reconcile the idea that this is an enduring classic and exists purely to highlight how easy it is to write a picture book for children. It is nowhere near the same level of thought or plane where Seuss and Sendak reside. It's content contains nothing to cause it be timeless. It is just something that took fifteen minutes of my life away and another five to hide it so that I never have to read it again. Now, if only there was a way to erase my memory of having read it...

Posted by Manfred "Manny" Funkowitz at 12:04 AM