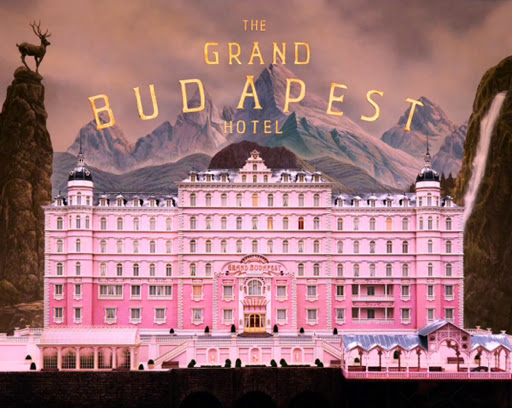 You are not prepared for the awesome that is Wes Anderson's latest cinematic achievement. Well maybe you are, but I definitely wasn't. A delightfully whimsical romp through the inner workings of a glamorous hotel and it's oh so quirky staff and guests. Well you get that...but you also get a pitch black comedy that takes us on an incredible adventure filled with geriatric sex, severed limbs, and some animal cruelty for good measure. This is dark fellas, and I fucking loved it. 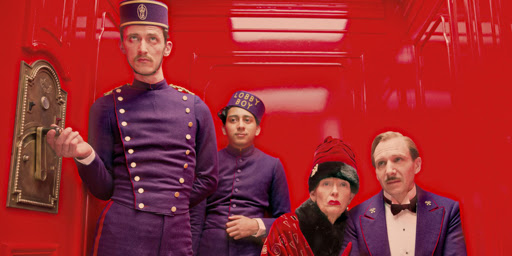 Much like Moonrise Kingdom, this plays out like a slightly surreal fairy tale. The difference this time around is that this is not about joys and wonder of young love, but rather an extremely adult themed adventure with a most unlikely protagonist. Ralph Fiennes is pitch perfect as M. Gustave, the best concierge the world has ever seen. Slightly effeminate and extremely dedicated to satisfy each and every request or desire that his guests might have. The story begins as he takes on a protege and a wealthy guest passes away under mysterious circumstances. 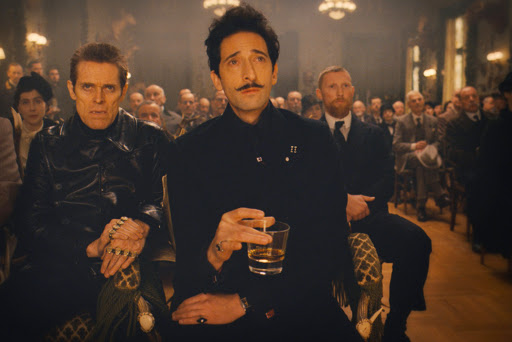 Anderson uses his trademark style to how us the most whimsical prison scenes you can imagine. This is a stark color palette of whites and reds and purples, and shouting at the screen we have Adrien Brody and Willem Dafoe in all black. I'll let you figure out what role they play. Each scene drips personality out of the frame as each detail each color is meticulously chosen and nothing is left to chance. A collection of hanging keys, a delightfully dreary bakery producing the most wondrous cakes, color abounds everywhere and we see all of it slip away once we reach the gray of the prison. We feel our character miss the luxuries he's known for so long as he struggles to maintain composure and utter dedication to what he does best, serve. 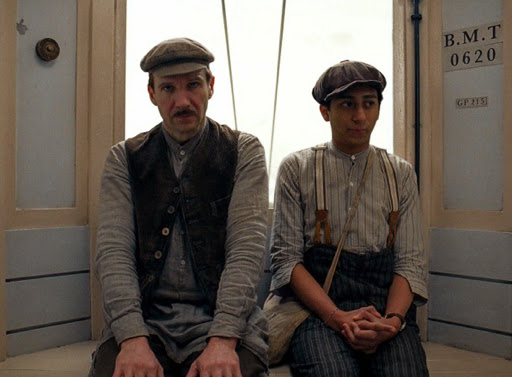 Last thing before I wrap this up, the writing for this film is incredible. Anderson is known for his wit, but here he has created one of the best characters ever on screen with the help of Fiennes. A slightly crass yet extremely proper concierge that is a hero if I've ever seen one. His protege Zero, has the awkwardness of many Anderson films, but we see his confidence grow as the film goes on. A scene near the end where in the middle of a chase he stops to provide some training to a new lobby boy. And with a quick exchange we see that he is indeed the rightful successor to M. Gustave. This is far less precious than anything in Moonrise, and not nearly as wink wink clever as Fox. All those elements are still here, but he plays a lot of it straight, especially with the deaths in this film, some just come out of nowhere and then cut...we're onto the next scene. 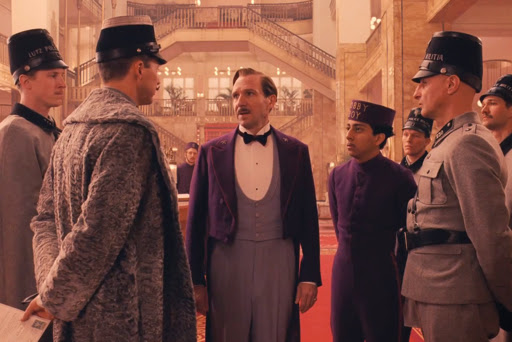 I could go on about what this movie means, or what it's really engaging on a thematic level, maybe discuss the idea that war looms over everything. Or that the beautifully vibrant hotel is threatened constantly by fascists in gray, but I'll let you find those out for yourself. This is a movie to enjoy, just non stop bliss from start to finish. Anderson is at the top of his game here and he delivers one of the best films he's ever made and easily his most adult themed. Best film of 2014 so far, if this doesn't land on my top ten list at the end of the year then this was an amazing year. 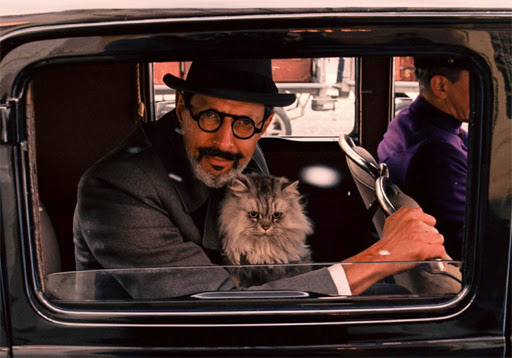 One last thought - this man needs to work more.