Boyhood Trailer Hints at a Masterpiece 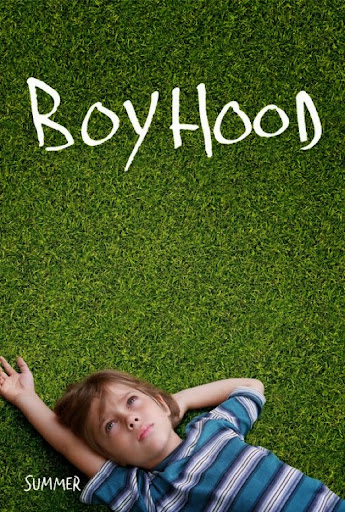 Could Linklater be the modern answer to Howard Hawks? Like Hawks he can seemingly do anything. The definition of American Indie director Linklater has dipped his foot in most every genre. Taking us on a tour of youth in Dazed and Confused and Slacker, showing us the hard truths of love and relationships with the Before series, giving us experimental films in A Scanner Darkly and Waking Life, to family comedies with Bad News Bears and School of Rock. The guy even takes on gimmicks like the mockumentary or the single location film with Bernie and Tape. He is a director who wants to explore film as much as possible. There is a passion for the form that comes across in each film. But more than that his films are unabashedly American. There is a sense of youth and rebellion in each film. He shows us the American landscape in all of it's forms, from the small town to the city, from the immigrant workers in Fast Food Nation, to the small town weirdness of Austin in Slackers, to the romanticism of crime in Newton boys.

Now with his newest film, Linklater has made a film about a boy growing up. He has filmed this actor every year for twelve years, literally watching him grow up in front of his eyes. He captured all of this with the help of Patricia Arquette, and Ethan Hawke. The film has been playing festivals to much acclaim. The first trailer has just been released and it is breathtakingly brilliant. It has such incredible emotional resonance emanating from every frame, you can feel the passion and willpower it would taketo craft this film over the course of twelve years. Now this only a trailer...plenty of trailers make promises they can't keep. But like I said in my quick review of A Scanner Darkly, low end Linklater is still awesome, but this is looking like it's his masterpiece.

One last thought - how is Ethan Hawke's only acting nomination for Training Day?