Hearthstone: The game that will destroy marriages 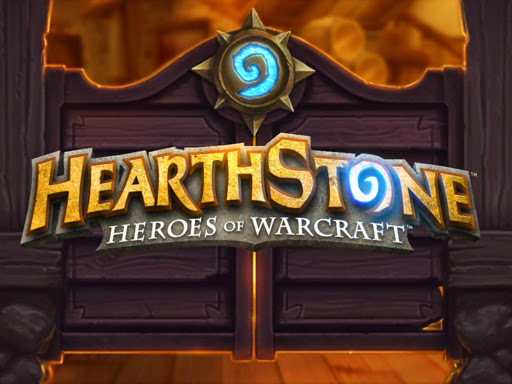 Man fuck this game. Since I've downloaded it I'm pretty sure I've spent 18 out of each 24 hours a day playing it. Every time I want to stop one of two things happen. I'm on an awesome streak and I don't want to lose it. Or I've been losing constantly and I want to leave on a good note. Either way both scenarios create a pretty healthy "just one more game" mentality. One more game is of course six more games, and then it's 3 a.m. Hearthstone. Get it now 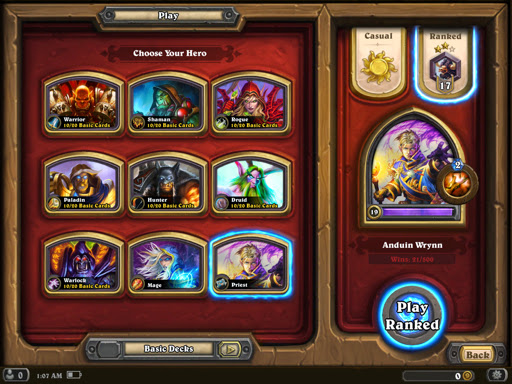 Hearthstone: Heroes of Warcraft is Blizzards CCG and after an incredibly successful beta run it has finally been unleashed on American iPad users. Early results show it to be the number one downloaded app on the App Store and for good reason. It is extremely addictive and easy to pick up. Thanks to a wonderful tutorial that takes you through six missions, adding new game mechanics with each new mission, players of all skill levels I'm regards to ccgs will be able to jump in easily. Once your done with the tutorial then the game proper begins. Everyone begins as a Mage and once you defeat one person from each of the nine classes then you unlock that class. As you keep playing, you begin to realize that even though the game is simple enough for everyone to enjoy, the depth of strategy is near unlimited. 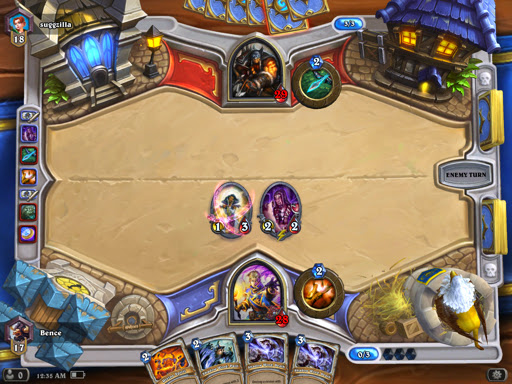 I have landed on Priest for the time being, I was a huge Magic: The Gathering fan for a long time and Priest is the closest to my White/Blue control decks that I used to drive people crazy. Priest decks are all based around card manipulation and health generation. Control the board and then strike with some incredibly powerful combos. Maybe you like the rush decks of the Hunter or the Warrior? Maybe you like fast incredibly risky magic of the Warlock? Or the balanced nature of the rogue or Druid? There is something here for everyone. Just don't use the Shaman, I fucking hate those totems. 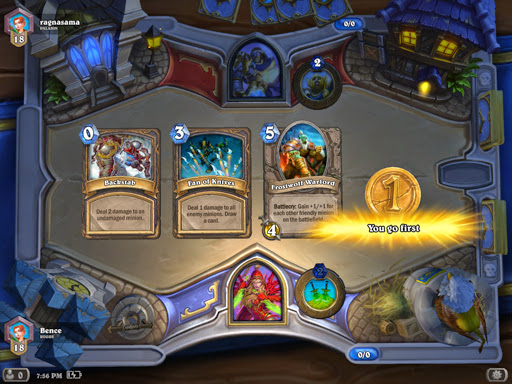 This is an amazing game and easily my favorite game to grace the screen of my iPad. If any of you check it out feel free to find me. I am of course "bence" 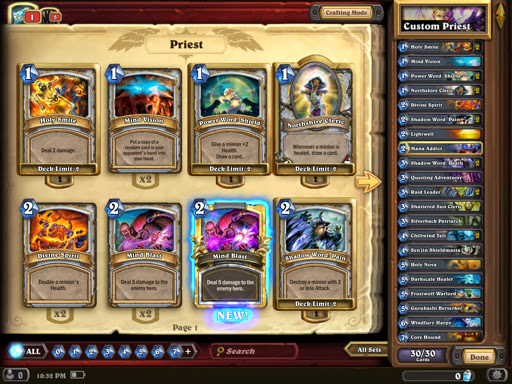