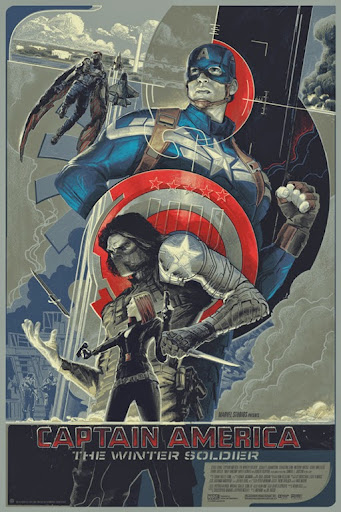 Captain America is a man out of time. A superhero born in history and as such lives his life by an old fashioned code of ethics. One of hope and belief that people will ultimately be good and that freedom is worth fighting for. While the Iron Man films proudly embrace their futurist hero by giving us techno thrillers and robotics to spare, the Captain America films pay homage to the films of history both in style and content. The first film played with the propaganda film of the 40s as well as giving us a taste of German expressionism with some great montages of the Red Skull. The newest film, now bringing us to the modern age, is firmly rooted in political spy thrillers of the seventies. Not only giving us amazing set pieces, but giving us a wonderfully woven plot full of twists and turns as our hero finds out that indeed no one is to be trusted. 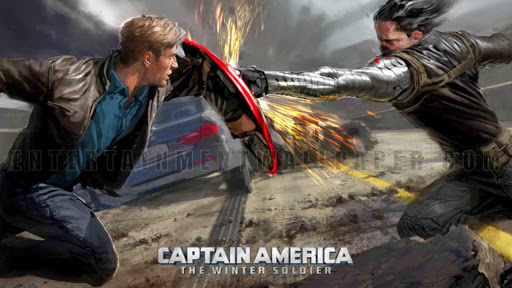 Taking some cues from Brubaker's legendary run on Cap, this film introduces us to the Winter Soldier. While watching the film I was struck by how little the Winter Soldier actually had to do. He was after all the subtitle of the film, yet he is arguably not the main villain by any means. Even before the reveal as to who is controlling the machinations at play here, we know that the Winter Soldier is just another player for the other side. So why then is he worthy of the title?

The Winter Soldier represents many of the themes at play here. First and foremost he appears to be Steve's equal. There is constant visual reinforcement of this with the Soldier constantly either grabbing the shield with as much ease as Cap or towards the end eve netting the chance to throw it back at Cap(knowing where Bucky ends up in the comics this was extremely exciting to see). With him as Steve's equal, we begin to see what those parallels tell us about the story. The Winter Soldier is nothing more than a tool used by a much larger organization. He is a human weapon that is only activated when needed and pointed at whatever needs taken care of. As the film progresses we learn Cap is no different. He only thinks he has awareness of what and who he's fighting for, when in reality he is being used as a pawn just as much as the Winter Soldier is. 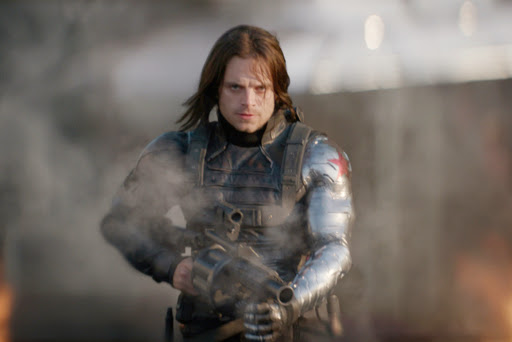 Once the reveal is made as to the identity of the Winter Soldier we learn that Fury was right about NO ONE IS TO BE TRUSTED. Even Cap's closest friends could be turned against him as we see in one incredibly well crafted elevator sequence. As cap goes lower and lower picking up more and more agents we realize all these men are here to capture our hero and the tension hits a peak before action ensues. The people in the elevator are the same people we see fight right along side cap in the beginning of the film. An exciting scene and one that reinforces just how corrupt the organization is that Cap works for. 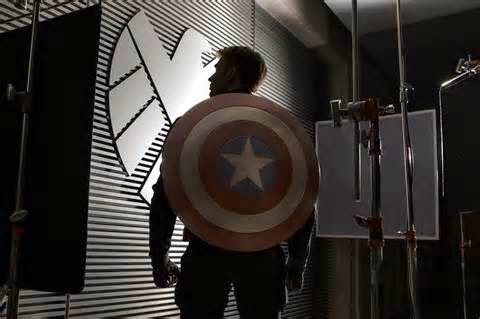 This is a tight well made film that rivals the Avengers for the best Marvel film to date. It gives us a great foil for Cap with some real thought behind motivations and repercussions. The film hits hard and while there are no gods or monsters or aliens we have some of the greatest comic book moments seen yet as Cap, Falcon, and Black Widow all show just how badass they all are. Even if you know the twists the film takes the Russo's take you on an amazing journey filled with spies and politics and soldiers....and I can't wait to see what they have in store for next time. 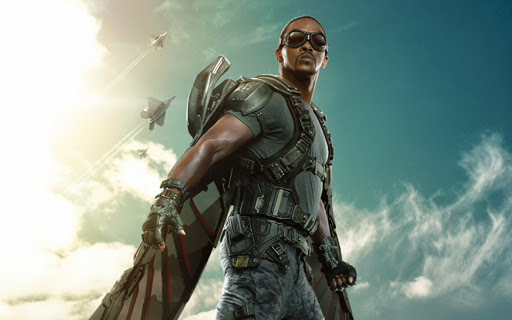 One last thought - was falcon EVER this cool? Also in avengers will he begin speaking to birds? 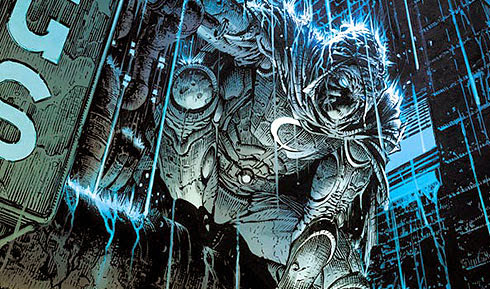 Also tons of Easter eggs.....anyone catch this one?