Record Store Day 2014-Recorded at a Record Store: a brief conversation about the making of the exclusive album. 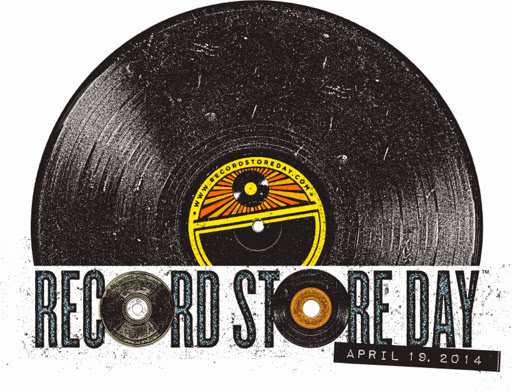 Let's start this off right. I don't even own a record player. My musical tastes vary between the iPhone collection of 12 yr old girl, pop punk from the turn of the century, some chip tunes, and Sufjan Stevens. Needless to say I leave the majority of the blogging related to music up to my good friend and music guru in his own right Mr. Hudson Hawk. It's not that I don't like music, in fact I'd love to own a record player and a proper sound system, but let's be honest, my passions are in books, movies, video games, fashion and food. Which is of course more than enough to keep my wallet empty. Alright well now that I've gained your trust in regards to music let's talk about the task at hand.

Record Store day has been growing in popularity since it's onset. A national holiday for vinyl lovers across the nation and built with a dedication to shopping local. This isn't a bin full of $2 blu rays at Best Buy for Black Friday. These are reissues that haven't seen the light of day for decades, these are popular releases that might've never made it to vinyl(in my research I learned that the 90's is a low point for vinyl availability, which explains the abundance of some vintage 311 available this time. Maybe if there was some Third Eye Blind I would've been more excited. This is a day that celebrates the serious collector, and depending on your tastes there's a gem in there for you to find. Even me, he of questionable taste, just perusing would've loved to get my hands on Rota's Amarcord score or Green Days "DEMOlicious."

I know, still haven't explained why Hawk isn't doing this write up, well I am honored and proud to say that Hawk has been hard at work in helping releasing an EXCLUSIVE record at Arizona's own Revolver Records. Entitled Recorded At A Record Store, the album features three local bands playing a song of their choice, and it was all recorded at the local haven for vinyl enthusiasts. Hawk had mentioned it to me awhile back and it really seemed like such an amazing idea that would be even more focused on the local scene than the idea of a record store already is. Hawk happens to be quite handy with a video camera, so our young upstart was the gentleman in charge of filming three music videos, one for each song. I got the chance to talk to Hawk about it and here is the conversation that followed.

Bence - so reaction(to the album) has been good?

Hawk - yeah the republic made a comment like "why did it take so long for someone to think of this."...and people have been loving it. Other bands are begging to be on the next one.

Bence - congrats man, how many videos did you do for it?

Hawk - 4 altogether, 1 for each bands performance and then a teaser/promo

You can find the teaser below.

Bence - How'd you choose which bands to feature?

Hawk - I that was mostly Jared's(the audio engineer) doing, he knows some local groups and felt these ones were a good mixture of styles.

Bence - Talk to me about the shoot.

Hawk - pretty much two takes per band was all I had. All the bands came ready to rock and worked fast, so had to film fast and was really happy with the amount of coverage we were able to get.

B - What inspired you to make the stylistic choices you made? Did the bands have any input?

H - No, really the styles just came from TJ and me. Like Cherie Cherie had sort of a Velvet Underground meets Vaseline vibe so it made sense to blow it out ok B&W then boost the contrast and add grain. It was also a longer song so I was able to focus on the store and mic's and the world around the performance.

H - The Petty Things were fast and sloppy so near the end it just felt natural to slap gopros on their faces and let them have fun. The cooler tint with them just kind if felt a little grunge, just felt right.

H - Playboy Manbaby had a lot of instrumentation and collaboration so it was about focusing on all that coming together and showcasing how even in a small space they have a certain amped up stage presence.

H - since these aren't traditional videos it was about fitting in the record store or in that case the "in the moment vibe" like the Playboy Manbaby video, they decided what song to do not five minutes before they played.

B - So the vinyl comes with a digital copy of the music. Have you ever thought about releasing the videos as well? Instead of just on YouTube.

H - We're thinking, especially once we do more, to maybe put the videos with behind the scenes footage and some interviews on a DVD.

B - So how did this idea originate? Was this purely collaborative?

H - Very collaborative, we talk about films and music a lot, and he's scored my films before(like Sound of Midnight). So he said "I have this idea to do a 7", wanna do some video stuff for it?" It was a no brainer to get involved. Even though it was collaborative I still had creative control in what I did or how I shot, the same way he did with recording audio or even the bands in choosing which song to play. It was all about everything coming together on one final thing that encompassed all these elements cohesively.

B - How big was the pressing?

H - 300, and a few of those go to people like me or the band members to have copies. It's on marbles pink vinyl

As of today Sunday there were still some available, so if you're curious head to Revolver Records and pick one up for yourself, better hurry though this is definitely a limited run.

B - so there's another Record Store Day in the fall?

H - Yah there's another on Black Friday. So he's already spitballing ideas to me for that one.

B - Are you thinking the same length?

H - He's got an idea for a documentary of a record sort of thing, and I have some ideas for a putting out a DVD of groups performing there. The ideas are unlimited really.

Like I said, I have questionable musical tastes, but I can always appreciate stuff like this that is all about building a community around shared passions. People like TJ who build this business dedicated to offering something you can't buy at a big box store, as well as giving the customer an experience in which you can talk and converse with like minded people, these are the people that will ensure a new generation will continue to share the same passion for vinyl and music, even in the face of juggernauts like iTunes and Spotify. Hawk and I continued talking about the rise of Vinyl collecting and the lack of an analog to local video stores.

B - Record stores are having a moment, well they have been for about what? The last five years?

H - Just going by what I've seen personally as a collector or customer, they've been continually gaining ground since 2006. Really vinyl is the only physical media who's sales are rising.

B - Local video stores are not having the same type of success. Is it that vinyl as a medium offers up something that is impossible to get at Best Buy or whatever big box you prefer, and for film there really is no vinyl equivalent.

H - Vinyl is tangible, it's got a sound that makes mp3's sound like xerox's of songs. You got these kids who've heard nothing but iTunes, hearing songs they know in a more robust way. And you start paying attention to things like album artwork and liner notes. Like you have to fully envelope yourself in theistic with vinyl. Listening to records all the way through, hiding something that reminds you it's a creation people worked on, not just a file. Sometimes it starts cause you find your dad's collection or maybe you walk in a shop with a friend, it's just a new world. It's both nostalgic and sonically superior at the same time.

Hope you enjoyed this conversation about Record Store Day and the exclusive album our very own Hudson Hawk worked on.

You can see more of Hawk's work here

One last thought - should've taken a trip out for this awesomeness. 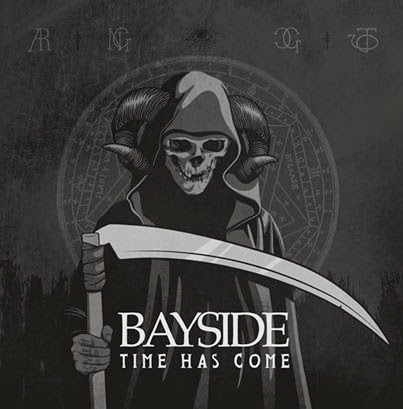