Shape shifting demons trapped on earth? Gorgeous South African landscapes with an ethereal dream like quality? Damaged souls struggling for hope? Dust Devil, from Richard Stanley, is an artifact of the early 90's lost in a sea of legal dramas and the rise of quirky independent rogue filmmakers and years before Scream would doom horror pictures to post modern slashers for years to come. This is a film that seemed to have been made with the words "cult favorite" in the back of the filmmakers heads the whole time. While plenty complain about the quality of the film at large, there is enough going here that I strongly suggest this to anyone even slightly interested in finding those hidden gems of cinema. 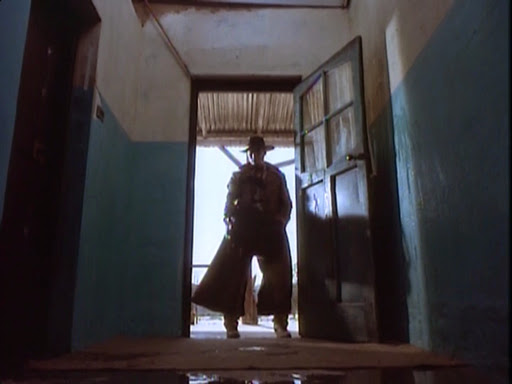 First and foremost people complain of the incoherence or flimsy nature of the plot. This I find utterly ridiculous, for while the plot does play out rather loosely, the film from the beginning has a surreal nature to everything. This film takes us into a sunbathed world that becomes darker and cloudier as we go. Literal dust devils begin to pepper the corners of scenes as we reach the climax of the film. It forces you to engage in what on the surface is a hitch hiking serial killer film. There's enough information given here that you can piece together the back stories of many I the characters and begin to understand the stakes involved. So again, on the surface this is a film in which a hitchhiking demon searches for lost souls to absorb and the broken down detective with his own dark past that is searching for him. Beneath all of that we are given a mythology of our demon and we see the spiritual journey each character takes as we travel deeper into this nightmare. 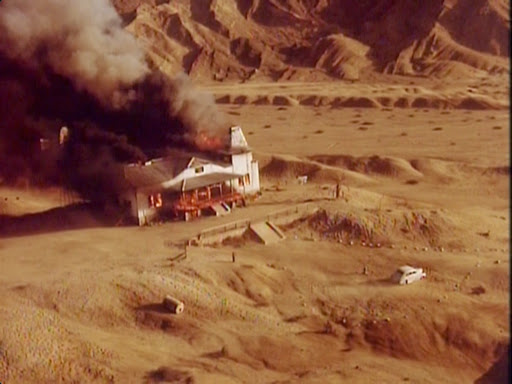 The cinematography is gorgeous with a color palette that evolves in accordance with the Hopi medicine wheel, moving from light to dark as the film progresses. There's some simple flourishes such as disappearing into a mirror as the screen fades to black, and a lot of walking through fog an dust. But by far, my favorite aspect is how often Stanley shows just how vast and isolated these characters are in this large desert. There are multiple scenes where it's just one character on a road with nothing around but a small freeway and the dust. It's a simple technique used in plenty of films, but combined with the warm palette it gives everything a fever dream feel as we dive into the surreal. You begin to feel like your mind could play tricks on you, so when the drifter teleports out of a car you wonder of he was ever there in the first place. Even locations are isolated from everything else, each location exists alone and then there are large stretches of land until next inn or house or train station. Showing the existential journey that everyone must go through as they travel through life. 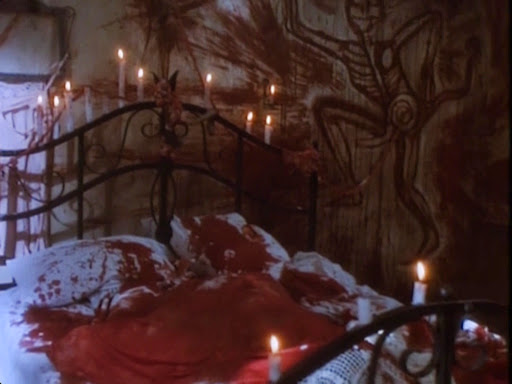 This isn't a film for everyone, some will be turned off by the acting. Although if you're a fan of 80s horror or most cult classics this won't bother you. Some will not want to do the work necessary to fill in the plot that the movie doesn't give you. I never saw this as a downside and after hearing Stanley speak about the project it's apparent that every single decision was intentional, down to some pretty minute details. If you happen to find this on DVD, there's a great release by Subversive, I strongly suggest listening to the commentary, but for the rest of you this was on Netflix recently. Let me know what you think. And as always, never pick up hitchhikers, you never know when one might be a demon collecting damaged souls so he can get back to his demon realm. 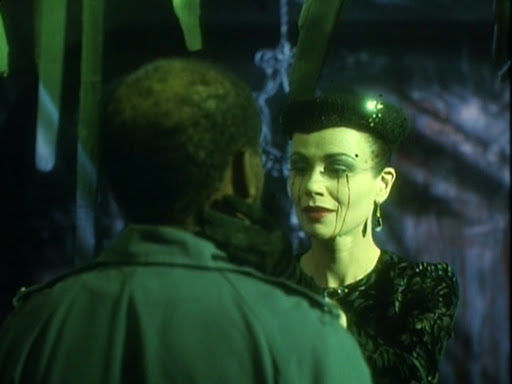 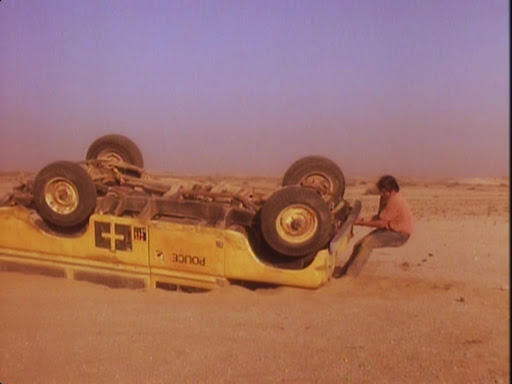 One last thought - ah bro...you're gonna be stuck there for a long time.