What is in a name? Evidently not much. Glad to see Zack Snyder stole my idea for a Batman v. Superman legal thriller. 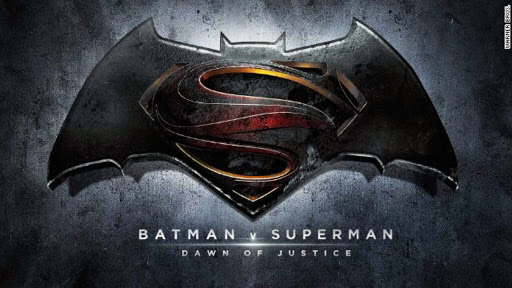 From the beginning, I have thought that the whole Batman vs. Superman concept was dumb by its very nature and proved that DC had little faith in Superman as a cinematic property on its own. You couple this decision with the earlier one to retain the directorial services of one, Sir Zack Snyder (The Crown Prince of March, the VIIth Earl of Cinematic Drivel) and you have a concept that is an unparalleled level of stupid. The target audience for these movies, the masses who don't read comics but cream themselves at the prospect of a comic book movie (gotta love the special effects!) rejoiced at the addition of Batman to the film (Fanboys creamed themselves as well). Then Affleck was announced as the latest incarnation of the Dark Knight (You can find my thoughts on this ho hum decision here.) was met with derision and vitriol. I wonder what could stem this tide of the pimply droves taking to the Interweb to vent their disgust and rumblings to every message board and comment section to post less than humorous attempts to poke fun at the franchise. (Snaps fingers) They could conceive a kick ass title to get the public opinion back on track! Well, messrs. Warner Borthers, Snyder and a nameless drone have obliged!

The new Superman vs. Batman film will be known as Superman v. Batman: Dawn of Justice. This title was met with sound of crickets and later the fury of a thousand nerds. I have a few comments. Foremost, did the drooling simpleton who conceived this turd of a title realize that a little "v" is a legal designation meaning that two parties in this case (Superman and Batman) are engaged in a legal battle over a concept (presumably) called the "Dawn of Justice." Finally, a superhero film that takes place in a courtroom! I hope the city of Metropolis hits Superman with a civil suit stemming from the damage occurring during the events in Man of Steel. Hot damn! This is going to be good! There is going to be a lot of lawyers and legal terminology! I assume the Dawn of Justice refers to the class action lawsuit of people suing for their money back after seeing this film. Man, I am super excited about this film (I was not before) and it is hard not to be considering the strength of this title! Which wordsmith penned this Pulitzer worthy (In the newly created category of Titles) name for a film destined to be a classic long after humanity is gone (Our Creator will look down upon it favorably and consider it our defining work as a species). Look on my works, ye Mighty, and despair!", indeed.

Rabble... Rabble... Rabble... Hark! Is that the plague of nerds on yonder horizon? Why do thoust torment me? The tone in which I speak is rife in sarcasm. Batman v. Superman: Dawn of Justice is a horrendously bad title for any movie let alone a movie containing two of the most recognizable characters in comics. It had me wondering what titles would be better than that piece of crap. Well, dear reader, I have found and compiled a list of aborted alternatives titles:


Posted by Manfred "Manny" Funkowitz at 7:54 AM