You are the resistance: in DEFENSE of - Terminator Salvation 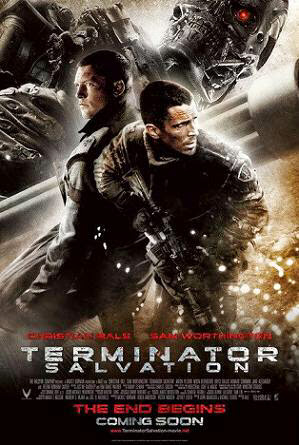 For one reason or another, Terminator Salvation is relatively reviled film, from within the Terminator franchise and the world of cinema. Perhaps, it was the selection of McG to helm this picture. Maybe, it was the lack of Arnold protecting John Connor for two plus hours or some the odd plot choices. Some maintain that Christian Bale's outburst is to blame, I tend to disagree with that position as the guy had it coming. Regardless of the reason for the hatred, in the next few paragraphs, I will ride to the defense of a film that is better than the reception it has received.

Now, do not get wrong I think Terminator and Judgement Day are classics (Rise of the Machines is a bit of a throwaway) but the desire by many critics to re-hash elements of these things in the future of this universe is specious. The main appeal of this film is that it attempts to find its own footing as it seeks to expand the elements that Cameron set up in the first two films. Like most, I waited a very long time for a future terminator film and it does not disappoint in its presentation of Earth after judgement day. This is where the film excels, it is a gritty and depressing world, where humanity is (excuse the language) fucked. John Connor is fighting a protracted battle that one has to doubts he can win. In the grand scheme of things, you know that Connor will not die but the odds were stacked against him and by extension, humanity as a whole.

The problem with Salvation is that it was too ambitious for the series even though it retained the elements that made the first series so wonderful. Perhaps, it was the bleak humorless environment. Who knows. It is a flawed film that unfortunately never was allowed to build upon its foundation, in spite of its three hundred seventy-one million dollar gross. No sequels fleshing out the future of this universe, no additional context for this film. It will merely be a one-off picture between two series of films which cover roughly the same stories. I suppose that I am one of the few individuals that want to see what happens to John Conner and company in the future. Despite its flaws (and there are a few), Terminator Salvation is worth the time spent to view it. After all, who does not want to see Christian Bale kick ass as John Connor? Communists, that's who.

Posted by Manfred "Manny" Funkowitz at 11:55 AM