Movie Night: Thoughts From The Pile - The Fearless Vampire Killers 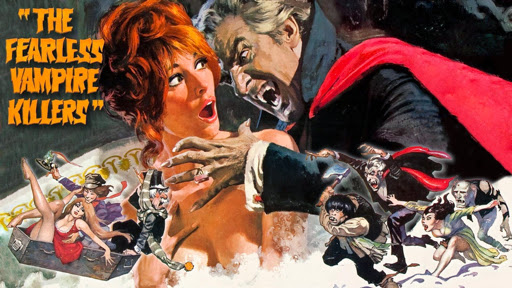 Polanski has been quoted as this being one of the films he is most proud of. With works like Repulsion, Rosemary's Baby, and Chinatown in your oeuvre to say that this horror comedy riff on Hammer Horror is shocking to say the least. I bought this movie while I was in college and burning through Mr. Polanski's body of work. The man is a master of tension, imbuing each film with a wonderfully dark comic wit and evil constantly bubbling to the surface in the definitive slow burn. I was excited to see what this man would be capable of when playing in a more comedic wheelhouse. What he accomplishes is a pitch perfect send up of the Hammer films of that era and a film that overflows with exuberance.

This is by far NOT his best film, but that doesn't mean it doesn't fit neatly within the rest of his films. You can tell how much fun Polanski had while making this film. The film is incredibly witty as he skewers the vampire genre all while keeping up the impeccable cinematography and perfectly framed scenes. This is horror comedy as only Polanski can do. The film takes place in a small Eastern European town as an aging professor and his protege are on the search for vampires. When they stop at a local inn they get what they asked for as they become entangled in stopping Count Krolock from terrorizing the townspeople.

The Hammer Films always had amazing surreal sets. They always took you away to a magical place, almost like a fairy tale. Polanski nails this, as we journey to the snow covered castle of the vampires we are swept up in the dark majesty of it all. The production design gives you the necessary texture and feel to bring you in. You feel how damp and cold it is as our heroes bumble and stumble through the countryside to save the pretty girl and stop the count.

While the film dives far deeper into comedy than most of his other work, complete with a Jewish vampire who laughs at a cross and complains about the other vampires having more money, the film also contains some of his trademark themes and tropes. First off, we have the idea that love blinds us all even in the face of evil. Young Alfred is deep in love with the innkeepers daughter, even after he has gone through a transformation, he still longs for her and believes he can save her. This theme is carried on Rosemary's Baby, and even in Chinatown. We are also presented with an indictment of the upper class. The vampire is of course an aristocrat, and is obviously the villain. But look at The Ghost Writer, Knife in the Water, Chinatown, and we see members of the upper class acting above the realm of morality or at the very least feeling a sense of entitlement. I love that even in a film that is so obviously made for "fun" that these consistent themes of Polanski's work seep in uncontrollably. 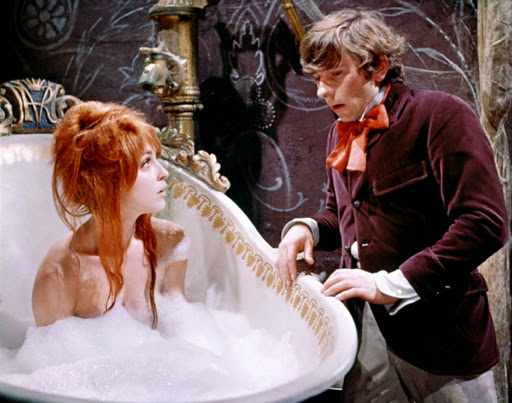 How much better would life be if Stephen Sommers cared more about making a proper film than having fancy fx and a good looking cast. This is a vampire story with an unlikely hero and wonderfully dark wit. Polanski never misses a step as he delivers his signature gorgeous and emotionally charged cinematography backed up with a strong albeit silly script.