Paint me not Surprised: The Conundrum that is Iraq 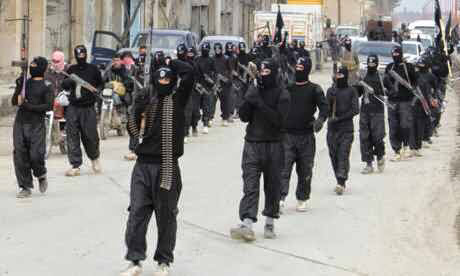 Iraq is in chaos. I do not know where to begin this dead horse beating campaign. Are you telling me that a slew of career politicians and policy makers well-versed in international politics (Moreso than this lowly ASU Political Science graduate) did not have the foresight or mental facilities to see this coming? I mean seriously, this is not a shocking development, it should be an expected result. You have Islamic and Kurdish fighters engaging in the great land grab outside of Baghdad. In most cases, these militants are simply taking cities in some cases unopposed. Awesome, glad to see that the training they received is being put to use.

I am fighting the urge to say, "I told you so" but such commentary is crass. The situation in Iraq is one that is relatively cyclical and will probably demand a US military presence for the foreseeable future as it is obvious that the United States trained Iraqi military is not only not up to task. The argument could be made that they do not want to defend themselves since they are reportedly just throwing down their arms at the first sign of conflict. Wow, I wonder if these guys would fold in the face of a light breeze? Seriously though, I bet George W. Bush is sitting at his ranch in Crawford, TX cackling away while he enjoys a chilled glass of Fruitopia, sliced bananas and a Garfield comic book.

The question that must be answered is: "What does the United States do now?" Well, the President isn't too keen on sending troops back which is not shocking since his foreign policy approval rating is currently at an all-time low (Thirty-seven percent). We are currently experiencing a conundrum since he cannot take a page out of the Clinton playbook and lob a few cruise missiles. What gets me is that our brilliantly scaffolded democratic system that we put in place did not take root. Who would have thought that once we left that this would happen? I ask again did the brilliant political tactician read anything or consult people with a rudimentary understanding of Iraq about this. It wasn't soothsaying or any sort of witchcraft to see this outcome. Of course, given the amount of territory seized by ISIS (Not the Intelligence Agency -- The Islamic State of Iraq and Syria), the United States has to do something but is shackled given the current political situation in Iraq. It will be interesting to see how this plays out given the fact that a humanitarian crisis is brewing.