Why FARGO is the best show on TV 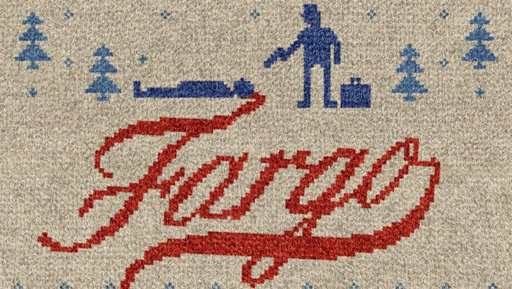 Fargo is the best show on TV. It will easily go down, along with FNL, as one of the best adaptations from film to television ever. Just like FNL, the show is smart enough to tell new stories. This isn't a retelling of the events we already saw in the Coen's masterpiece, rather these are new characters in new locations. For these people Fargo is more of a representation of darkness. As we see corruption and evil invade the lives of our characters, the shadow of Fargo is ever looming. 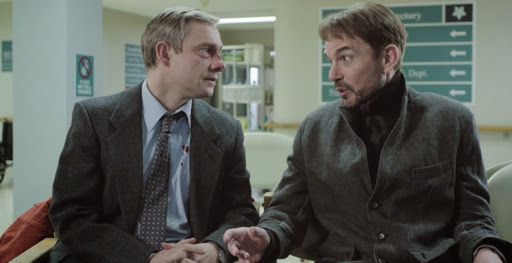 Let's get the plot out of the way, Martin Freeman plays a meek insurance salesman who comes across an assassin in the hospital which leads to a life long bully getting murdered and Freeman, in a fit of rage, killing his overbearing wife. This sets off a string of events which involve more killing, more lies and Freeman is just constantly trying to stay afloat as he drowns in a pool of the darkness of man. Throw in a few gangsters, a corrupt business man with some ties to a familiar stash of money, some bumbling cops trying to prove their worth and one can see that while this is a different story, they have kept the quirky and well defined characterizations present in the original film. 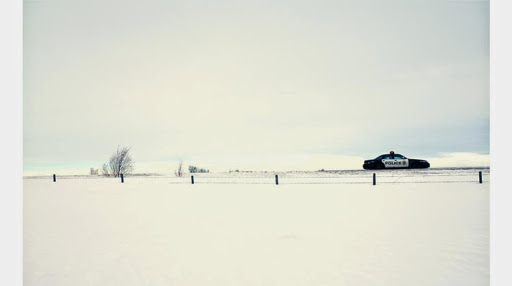 The spirit of the original is here in every frame. We have something undeniably Coen inspired, yet different enough that the show is able to exist as it's own animal. The stark snow photography is juxtaposed against extreme scenes of violence drenched in blood. As we get to the city, those subtle noir touches become apparent as shadows creep in the frames lot by failing streetlights. Each show begins with an establishing shot, showing us the bitter cold of nature, only to be invaded by man and corrupted. 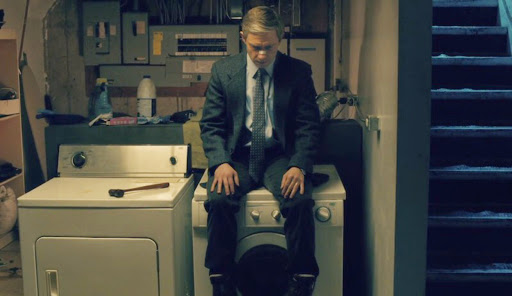 This thread of corruption weaves in and out of the story as we see it invade each character. Freeman is the the everyman who has been pushed too far. Representing the capabilities we all have for evil to overwhelm us. Then we have the gangsters from Fargo, men who are criminals because it is easier for them. And finally we have Malvo, who is perhaps the greatest character on the show. He is the evolved man, making no qualms or apologies about his actions, rather he is Darwinian incarnate. He knows that one thing is important, and that is survival. He has made peace with the darkness within everyone, and he taps into it as he moves through this world creating shock waves and leaving a body count in his wake. 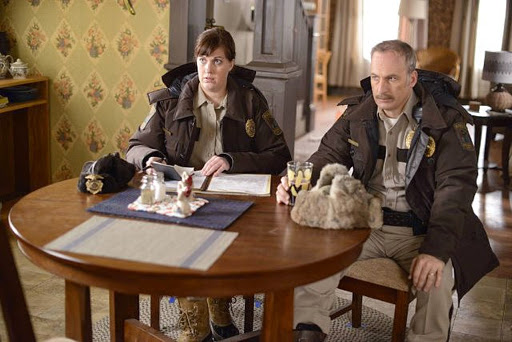 The show is approaching it's first season finale and with each episode the characters become more complex, the plot becomes deeper and we are drawn into the darkness of Fargo along with everyone else in these Midwestern towns. We are hunters all of us and whether we live or die is dependent on our acceptance of that fact. Astounding cinematography, great acting, and incredible storytelling helps to both honor the original and make this show an incredible piece of work all it's own. With a jet black streak of humor this is an American tale of falling from grace and journeying through hell with the other doomed souls. 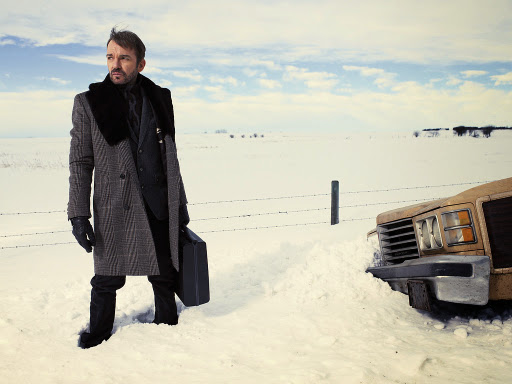 One last thought - wtf are you doing Dennis? 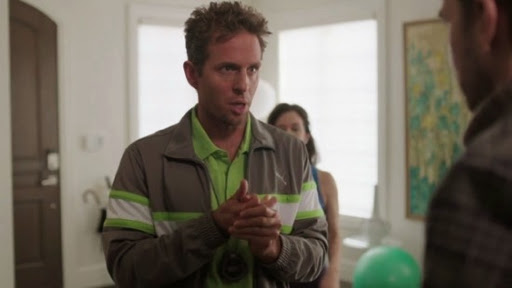