Why Didn't My Broker Talk Me Out of This! I Still Can't Believe I Spent Money on This Turd!

We all have made some pretty poor choices in purchasing music that are reminiscent of socks on Christmas or finding half of a worm in an apple. The Billboard charts will attest to this. This series of columns --provisionally-- called "I Spent Money on This?!?!" seeks to examine our poor choices in music.

Most of us go through a classic rock "phase," instead of focusing on such great bands as Dylan, Hendrix, Zeppelin, Stones or the Beatles, we branch out into the milieu of garbage that comprise the genre.

Like most people, I have all of my music on an Ipod or vinyl and my CD collection (for the most part) is comprised of crap that I cannot explain why I bought it. Case in point is the CD that I bought on my 21st birthday, Young Hearts: The Complete Hits of Steve Miller.

I wish I could blame the purchase on intoxication but that is no excuse. The problem is that Steve Miller --as a musician-- is barely above that of a lounge singer. Somehow, he was able to create a formula to create catchy pop music. Not only does his music contain made up words (See "Joker") and lyrical nonsense but most of his songs have the same riffs of other hits.

In short, he never grew as an artist... He stuck with a tired music style and he even referenced old songs. Also, Abracadabra has to be the worst English language song in existence and illustrates how far Steve Miller would prostrate himself for a buck.

On the whole, there is only one song that has a decent beat to it (Livin' in the USA), Steve Miller ruins it however by opening his mouth. All of the songs on this disc leave much to be desired in the realm of lyrics. It may sound harsh but I would pay Steve Miller to quit writing songs...

Outside of the bands, I mentioned earlier and some others not, Steve Miller has bludgeoned my desire to listen to Classic rock or at least the lame acts. The sad fact is that his songs are more instrumental than actual lyrics and they still make my head hurt. In conclusion, if time travel is ever created, I am gonna punch 21 year old Manny in the face for purchasing the worst collection of "hits" in the history of human music. Needless to say, it was money that could have been better spent on booze that night.
Posted by Manfred "Manny" Funkowitz at 1:29 PM No comments:

O' Generous Benefactor, Your Gift of "Culture" Falls Upon Deaf Ears... Thanks For Nothing.

The day has come and all those out yearning for content that is not ideologically based can rejoice! I have long been looking for a way to broaden PORTEmaus and I have devised a series of new columns for your enjoyment or displeasure... Take you pick.

What are these columns going to be about, you ask? Culture, I know, I know... This website has that in Spades but who does not want more of it? In addition, to the book reviews, I had a --surprisingly-- decent idea for music reviews while listening to a CD on my commute home. This will be come clear when I make the first post... Which should be done momentarily. I hate to ruin surprises... 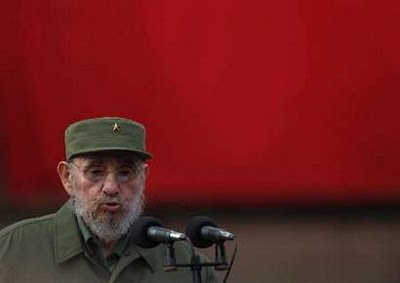 Many of you are wondering why I would tackle something as "topical" as Fidel. Hell, a vast majority think "Commandante en Jefe" finished his bucket list and then kicked it. (The proverbial bucket not the scrap of paper)

Two weeks ago (I told you, it was not only topical but current to boot!), I was sitting at my desk and I was thinking about Fidel's magnificent beard and how mine shall never attain its greatness... This had me wondering what the perpetual thorn in America's side was up to these days. Without a doubt, he is combing his beard and affixing pretty red bows in it!

I concede the bows part is slightly far fetched but it appears the "troublemaker" (I use this term loosely) is busy reinventing himself as an elder statesman. I suppose this is where I hear the collective groan of "c'mon Manny... Please don't wax poetic about a Communist despot."

Certainly, a man cannot maintain control of the proletariat without force and not for a span of over fifty years. This is what makes the transformation so fascinating. Here is the quintessential global pariah (we still maintain economic sanctions and he is not even in power), who is advocating for Israel's existence, hypothesizing a nuclear conflict between the United States and Iran (oddly enough, he has lost his thirst for nuclear annihilation) and is avid enthusiast of dolphin shows.

I suggest that everyone check out Jeffery Goldberg's series of articles in Atlantic Monthly... They provide an insight into a man very aware of his own mortality and is seeking to alter his place in history. There are those who would consider it a whitewash of history. I am not an apologist for dictators of any sort but come on, United States history still thinks the Shah was a godsend to Iran... How did that work out for ya, fellas?

The sad thing is that once Fidel is gone, the United States is going to be forced to reevaluate its stance toward Cuba... Being the stubborn lass that she is, she will have to come up with a doozy of an excuse to maintain the previously mentioned sanctions. Seriously, the Bay of Pigs was nigh fifty years ago and frankly Communism lost its relevance as a political ideology almost twenty years ago... What good is it to hold a grudge? Just bask in the glory of the beard, it is mesmerizing... After all, they allow to house prisoners without due process on their soil. (Ok... Ok... That was a cold cut.)
Posted by Manfred "Manny" Funkowitz at 1:27 PM No comments:

In Like a Lion, Out Like a Lamb Then a Lion Again. April Showers Bring May Flowers or The Washington Rules

I have finally finished Bacevich's examination of the thought process that governs much of America's foreign policy. It seems my time management skills are leaving much to be desired. You factor course readings, packing for a move and the neediness of infants (I kid, it is actually the other way round)... Leaves all work and no play.

You might be wondering what took so long... After all, I read 60 out of 250 pages in the first sit down. Without revealing too much, it kind of slows in the middle. I suppose I will expand upon this in the review... Which I hope to post by tomorrow or Friday.

Cheers,
Manny
Posted by Manfred "Manny" Funkowitz at 10:45 AM No comments:

Everyone Knows the American Presidency is Nothing More Than a Popularity Contest... Sadly, This Popularity is far from Enduring.

How delicious are crunch berries? (Hey, Cap'n... I'll take that bag with a dollar symbol on it) They have it all... Artificial coloring, beaucoup amounts of sugar and no redeeming nutritional characteristics. What better way to jumpstart the day than by comsuming a bowl and taking a gander at the greatest new publication in American... Time Magazine.

The story I seemed to happen upon was how unpopular President Obama has become. Now, I know what you are thinking. Here's comes the Liberal apologist train right on schedule. Wrong. Obama and I are at odds by his refusal to repeal the FISA and Patriot Acts.

At these point, my Crunch Berries have become sour... Now, it was not because of increasing sogginess but rather the inability of a news magazine to be analytical.

It is easy to put the finger on Obama's rising unpopularity... The economy, the war in Afghanistan and newly reclassified operation in Iraq... Immigration among other reasons. It kind of reminds me of another President: 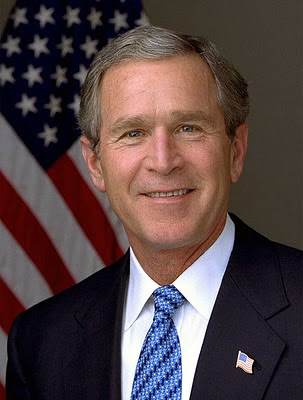 Who would have thunk it? The continuation of unpopular initiatives would result in someone becoming unpopular. Crazy, no?
Posted by Manfred "Manny" Funkowitz at 3:19 PM No comments:

Move Aside, Gloria Estefan... There is a New Sound Machine in Town.

In one of the oddest occurrences, much like a zeppelin bursting into flames (I'm a fan of obscure Hindenburg references), I found myself watching Fox News. Ok, "watching" is both too strong of word and way to generous.

While visiting the in-laws, getting my oil changed and grabbing a bite to eat, Rupert Murdoch's sound machine was providing the ambiance. To each their own but honestly when did businesses assume that all their proprietors are Conservative? I concede, I do live in Arizona... The most politically astute state in the union.

What struck me was this blonde anchor bickering with some graying neanderthal about the whole mosque affair (That has them all riled up) or some other overtly racist position. Forgive me, I don't dwell on the stories appearing on Fox News.

What struck me as odd was the fact that one side was trying to have a "civilized" albeit skewed discussion and the other was screaming as he held his hands over his ears. Talk about eating your own! I thought they reserved that tactic for dealing with liberals.

This was my first extended exposure to Fox News... If one had their frontal lobe removed, it would not have been bad. All style and no substance... Kind of sounds like the rest of the media. Also, I almost felt sympathetic for the blonde anchor for having to put up with such treatment then I remembered she works for Fox News and she knew what she got into.
Posted by Manfred "Manny" Funkowitz at 3:12 PM No comments: