Shell Shocked: A Vet returns to war to find things have changed...

Anyone remember “Married with Children”? If the answer is anything other than “Who the hell doesn’t remember Married with Children” then it is probably past your bedtime and I’m glad that I’ll be long gone when you have to deal with all of the social, economical, environmental problems that this generation has fostered. But I digress. I’ll continue as if none of you have seen this show. Married with Children was a sitcom that ran for almost the entire span of the 90’s and was arguably a pioneer in “edgy comedy” or what it’s known by in current times “A normal prime time comedy sitcom”. They pushed the limit as to what was acceptable to be shown on network television.

In the show, the protagonist (Al Bundy) goes through the motions as an under achieving husband and father that the every day American husband and father can relate to; Loves Beer, Football, and bars named after woman lady parts. Anyhow, one of the recurring themes of the show was how Bundy was a star high school quarterback and has since amounted into almost nothing; selling lady’s shoes to fat women. He often recalls his past time and of course does whatever he can whenever he can to relive it. 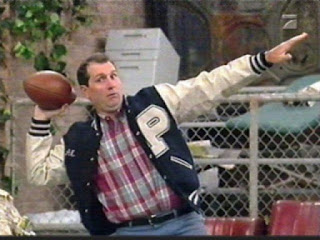 The thing that triggered this memory of the show in my head was my recent journey back into the world simply known as: Counter-Strike.

(If you don’t know what Counter-Strike is, just google it...If I try to explain that too this post will be too long for the simpletons to read...in fact it probably already is...but still...google it) 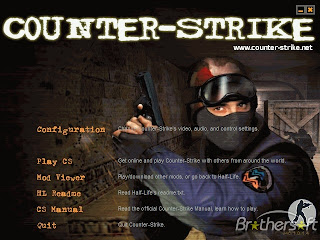 My first memory of Counter-Strike is a foggy one....I don’t remember the where and the when but I remember the why....It was easily the most entertaining and addictive game these two hands ever had the pleasure of fingering....(pun intended). It had only been several years since I got over my ‘Goldeneye 64” addiction but this...this was a whole other beast. If Goldeneye was Cocaine, Counter-Strike was heroin..mixed with crack...topped off with pcp...and a little Four Loko to chase it down with. I’m not even exaggerating either. I’ve lost friends, snubbed family members, and in all likelihood missed out on some primo college free lovin just to play CS. It was my life...and I was damn good at it.

As time went on though, and I rebuilt relationships and my social life...CS just kinda faded into the background and finally off my radar completely.

That is till a few weeks ago.

I received an email from the makers of Counter-Strike that they had released a newer updated version some time back and I could have it and relieve the magic for only 10 bucks (‘Hey Baby...just try a dime bag...come on). So i thought...why the hell not! 10 bucks is a whole lot cheaper that 60 bucks for MW3. So Boom. I pay. I download. I start playing.

And round after round...it’s the same thing. Just utter pwnage. I’m talking some rounds and I don’t even get a shot off before I catch two in the noodle. It’s pretty much gang rape. I’m not even exaggerating. I’m talking about after i’m dead....getting my corpse spray painted on and then teabagged by opposing players.

Yes. You can do what appears to be the gay sexual act known as “teabagging” to corpse players. And I was violated in ways that aren’t appropriate even in Cell Block D in Pelican Bay. Don't believe me?

So here I sit before you, a beaten man. Pwned. Defeated. Teabagged. Repeatedly. A tired veteran with bad knees and slow clicking finger.

My only hope lies with one individual: 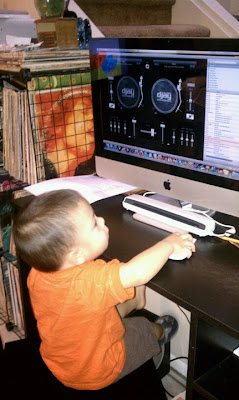