Ye Shan't Find Albums With Juvenile Lyrics About Love or Robot Singing Opera Here, Knave... Just Some Good Listening From the Year That was 2010.

If one considers the Cinema industry to be down in the dumps then music is the landfill. It is a sad day when someone who lacks talent like Katy Perry cannot only obtain a record deal but can also sell records to the kiddies who have that sweet sweet disposable income. What also is troublesome is the amount of singing robots or singers that sound like them. However, 2010 did see some really good albums released by some classy artists who have not sunk to the levels of Mrs. Brand and the singing robots.

Let the subjective parade continue, fire up the Souza!

Here are the top ten albums of the year from my perspective...

10.My Dinosaur Life by Motion City Soundtrack
09.Transference by Spoon
08.This is Happening by LCD Soundsystem
07.Live in London by Regina Spektor
06.The Suburbs by Arcade Fire
05.The Bootleg Series Vol. 9 – The Witmark Demos: 1962–1964 by Bob Dylan
04.The Age of Adz by Sufjan Stevens
03.Contra by Vampire Weekend
(I am still smarting from the use of "Holiday" in Christmas commercials, Curse you, sweet sweet Capitalism)
02.Under the Great White Northern Lights by The White Stripes 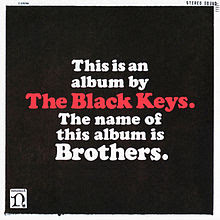 Brothers by The Black Keys

It is very rare that an album like Brothers is released. Every track could be a single including the instrumental track, Black Mud. This album continues to get better with every subsequent listen. With the exception of The White Stripes (and Jack White's other ventures), The Black Keys are the best indie blues band and that is quite the compliment. The only difference between the two bands is that the latter has less of the garage sound of the former. It must be said that any blues album that is beloved to a four year must be not only good but damn good. Damn you, Black Keys now I must buy my Daughter a drum kit! Have no fear, I will be there in April.

(*Please note: I have added Regina Spektor's live album because it did contain new material and the White Stripes because it was the first time their live materials were made available legally. Also, Dylan's bootlegs contained a lot of unreleased versions of his songs.)
Posted by Manfred "Manny" Funkowitz at 1:54 PM No comments:

Thank You Celluloid Merchant For Placing Something Truly Wonderful in Front of Me Peepers... Best Films of 2010.

The past few years in cinema have been right shit (pardon the swear) and 2010 was no exception. Yet, there were many films that warranted viewing. Much like the "Worst" list posted earlier, this is a subjective list of films that I have seen this year. Of course, some films were left off because I have not had the chance to see them. (Cough, Cough Film Unfinished...) At the very least, it was much easier to make the list this year than last year... Which was dreadful... Absolute rubbish... Bloody awful... You cannot hear it but I am puking at the mere remembrance of 2009... I mean, come on, New Moon... Revenge of the Fallen... 2012! I need some Pepto. I digress...

Here we go, you little sausages...

and the best film of 2010 was (from my perspective) 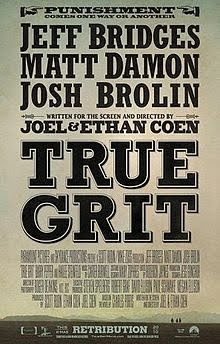 It took a lot of internal dialogue to decide which was the better film of 2010... True Grit or Inception. They were both well-written, acted, expertly directed and had the amazing cinematography talents of Wally Pfister and Roger Deakins but the coveted PORTEmaus rating has to go to True Grit. Honestly, in the immortal words of a close friend, Westerns are beloved because they are "Celluloid Awesome..." Truer words were never spoken. What put it over the top were the performances of Bridges, Damon and the amazing portrayal of Mattie Ross by Hailee Steinfeld... A girl noted for role in K-Mart's "blingatude" series of commercials. Go see it and enjoy yourselves... To my wife, I am going to strap you to a chair to watch it! Mark my words.

Oh the Humanity, My Eyes and Brain Scream in Agony... The Worst Films of 2010.

While the fact that I hold an undergraduate in Film (from a mediocre party school... go Manny!), I feel that I have the necessary qualifications to offer my opinion on such a subject. It should be noted that best and worst lists are highly subjective but it does not stop people from releasing them. With that being said, our experts have been consulted and thus, Wagons Ho! 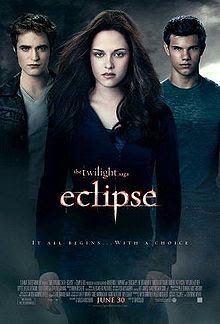 The lengths a man will go to make his wife happy does not explain how truly awful this film is. It demeans the audience by explaining and re-explaining simple plot points. I know that all of my teen readers will be hurt by the following statement but no one in the this film and the others can act. Seriously, lessons cannot be that expensive! Also, how much does it cost to put Jacob in a tee-shirt. Honestly, I shudder at the thought that this was a work derivative of a print source. I suppose this is understandable considering it is devoured by teens who refuse to read anything of substance. Literary Burn! With that said... The plot, special effects, dialogue and musical score were lame and uninspired. Hell, even the credits were frustrating.

Honorable Mention: Iron Man 2, She is Out of My League, Kick Ass, Valentine's Day
Posted by Manfred "Manny" Funkowitz at 2:00 PM No comments:

Who Wants to be "Debbie Downer" on the Holidays? Not This Kid.

Since the holidays are meant to be a joyous time, I am going to go on sabbatical with the "doom and gloom" political commentary. I guess that goes against my firebrand nature but deep down, Manfred Funkowitz is a nice guy. Who would conceive of such a thing. Instead, you lot will be subject to "Best" and "Worst" of 2010... Yes, I know this will be torture when compared to my usual diatribes. Then again, this is why I have a small readership anyway. Curse my passion for iconoclasm!

All the best,
Manny Funkowitz
Posted by Manfred "Manny" Funkowitz at 4:56 PM No comments:

For the Third Month in a Row, the PORTEmaus Book Club has Become a Remedial High School English Course.

It seems the cycle is broken... For those not in the know, the PORTEmaus Literature or "Book" club has went Non-Fiction then Fiction and back to Non-Fiction. The cycle was to continue but after the Grapes of Wrath, I could not think of an a relevant work of Non-Fiction... I suppose, Decision Points would have worked. 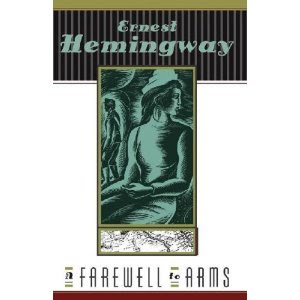 So, it is another work of fiction this month... Also, it is a more traditional choice for a book club. This month's book club selection is Ernest Hemingway's, A Farewell to Arms. I am about half way through and like all Hemingway, it is amazing. Break out those monocles and culture it up!
Posted by Manfred "Manny" Funkowitz at 5:17 PM No comments:

Tis no Happy Ending in this Book... Damn Steinbeck, Throw a Man a Bone!

The final hundred pages of this novel is simply an exercise in hoping the plight of the Joads will improve. It will not nor is there a Hollywood ending. The novel ends with the family fractured and struggling to survive. Steinbeck also refuses to provide closure to the story of the Joad family.

What more can be said, there is a reason it won the Pulitzer and widely considered a classic. Steinbeck is unflinching in his account of the Great Depression. The Joads prove that while you think you have it bad, it could always be a lot worse.

The Grapes of Wrath is six hundred and nineteen pages of sorrow. It is immerses the reader in the bleakest period the world has faced economically. However, it is not a book that is stuck in the period that it is describing. It transcends time and it is applicable to the current illegal immigrant situation in the Southwest. Quite possible it is an essential read for all people with air in their lungs. It is a work that creates compassion for their fellow man...
Posted by Manfred "Manny" Funkowitz at 8:49 PM No comments:

These Grapes Are Quite Bitter... Or Rather Full of Wrath

It seems that I only have a hundred pages left and one thing is blatantly clear about John Steinbeck's classic... It is a timeless literary work. Parallels can be drawn from the period it represents, the time it was written and the present.

It definitely is a powerful piece of literature (positively incendiary), it forces you to glimpse the underside of capitalism and will not allow you to avert your gaze. In fact, there was a scene in Capitalism: A Love Story (I caught the first few minutes) involving the boarding up of a house. The interaction between the man working on behalf of the bank and the people who foreclosed could have been taken verbatim from Grapes of Wrath. Steinbeck shows unbelievable insight into humanity and the depths that others will go to exploit others for profit.

During the course of the three hundred pages, the Joads make it to California. From the perspective of the reader, the terrible foreboding that this land of opportunity is far from it. The Joads blindly follow their dreams, do not heed the warnings of those who experienced it prior and end up into a Hooverville. The Joads --of course-- exist as a microcosm for all Americans, blindly following the American "dream" and they see America for what it is... Corrupt and unsympathetic to the plight of the underprivileged.
Posted by Manfred "Manny" Funkowitz at 8:48 PM No comments: