Rather than let the Nobel Peace Prize go Unclaimed... I will Step in and Accept That Sweet Medal... Oh, I Guess I Will take the Modest Prize as well.

The fact that the Nobel Peace Prize is not going to be given out this year is --without exaggeration-- a travesty. It is like an Arizona winter without snow or the repeated election of Joe Arpaio to the office of Sheriff (If you haven't established it... the Funkowitz resides in Arizona). Damn it, we want some snow and the chief law enforcer from Maricopa county to not be old, arrogant and racist! Is that just too much to ask for?

Anyway, before I completely run off-topic and just riff or scat on assorted topics about Arizona politics, no Nobel Peace Prize... That is rough. So, I would like to nominate myself for the award... After all, they gave one to Obama last year and he really did not do much in the realm of peace. (Seemingly, they give them to anyone) I will step up to the plate and shoulder this burden.

I am a man of ideas and I have made peace my prime initiative as I navigate this world. Take yesterday for example... Two children fighting over a foam and clothe chair. There was screaming, there was anger in their eyes... I will be honest, the threat of nuclear holocaust was a possible outcome. Cooler heads prevailed after I sat both children down and explained that their was another chair next to that one. Needless to say, they ate their macaroni and watched some movie with floating fairies. It also made me wonder how two four year olds knew about nuclear armaments and how they obtained them. Oh, the wonders of children though. So, when do I make my arrangements to fly to Oslo?

It must be said that the Communist regime in China's inability to accept criticism. I mean, c'mon what way to win people over to your way of thinking with imprisoning Nobel laureates for eleven for calling for reforms to your one party system. Oh wait, you should also place the wife of the dissident under house arrest. At the very least let one of the family members of recipient Liu Xiaobo to accept the award on his behalf. Do not think of it as a sign of capitulation or weakness but a much needed boost in the realm of PR.
Posted by Manfred "Manny" Funkowitz at 8:58 PM No comments:

How Apropos... The Man Whose Actions and Policies are Best Described as Unconscionable has Feelings. Who Knew?

Anyway, it seems the most Imperial President in recent memory is a bit of a cry baby. His constitution was crippled when being labeled a racist but oddly enough is completely fine with the racial profiling of Middle Eastern gents, who are then black bagged, rendered and then tortured... I digress.

So, you asking "oy, Funkowitz get to the bleeding point!" The point is this, "W" is trying to remake his image and he is doing a smashing job at it. Not only did he make the media pick up an old news story... The made him seem like the victim (Consider the Guardian piece). He was called a racist because he response was downright criminal and say what you will about Kanye but he accurately pointed this out.

Seriously, if that kept him up all night with sorrow and worry, how did he deal with the final three years of his term? If you cannot deal with the harsh criticism of the truth, either change your behavior or get out of the public eye. If you are trying to hock your book and redeem your image... Pick something that does not paint you as a cry baby wuss. Oh wait, there really is not much to be proud of between the years 2000 to 2008, is there? Do not worry, when your book is remaindered, I will pick up a copy of Decision Points and review it for this site... Then it will be used to prop up a table. Buck up Georgie, things will get better... Just be glad you are you.
Posted by Manfred "Manny" Funkowitz at 1:37 PM No comments:

To All The Troops At Home and Abroad... 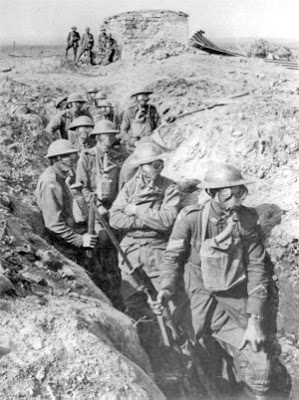 What? It is not called "Armistice Day anymore. When did this happen?..." Congress and Eisenhower changed it in '54, you say? Oh dear... 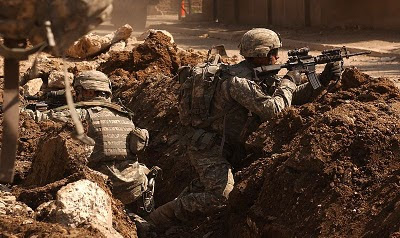 In all seriousness and archaic historical trivia aside, Happy Veterans Day. Regardless of one's political persuasion, these men and women do sacrifice their lives for this nation. As always politics tends to skew things... You do not have to support the war but you do have to support the boots on the ground.

God bless,
Manny
Posted by Manfred "Manny" Funkowitz at 11:00 AM No comments:

May Facebook Save the Queen or Further Decline of the American Media.

I am beginning to think that I am developing masochistic tendencies... It is either that or I need to set my Internet browser to a new homepage. You might not know this but I have a wee problen with the state of the media.

The long and short of it... It stopped being the fourth branch of the government and has willingly reduced itself to the level of a blathering, vapid idiot.

You might be wondering what I am referencing... Did you not hear the wonderful news... Queen Elizabeth II has joined Facebook! Its ok, let the air out slowly... Whatever, you do don't pass out. Do you need a paper bag?

What, you cannot be friends with her? She's just posting her scheduled events and it is like a third person is doing this own her behalf... Gyp!

After cursing to high heavens and condemning what passes for "news" on Yahoo... I am with the question, "who cares?" Seriously, if this is all it takes to be a writer these days, why don't the major news publications consider ol' Manny Funkowitz... I would crank that kind of tripe out by the barrel full and would do it for a can of beans.
Posted by Manfred "Manny" Funkowitz at 7:47 PM No comments:

Does this "gift" come with a reciept? I Think I Have Something That Needs to be Returned... Since it does not Fit.

Another Election day has come and gone... The results of which are not surprising. Although, nobody enjoys getting socks on a holiday. McCain won yet another easy victory... The disgusting aspect of Arizona elections besides some of the placards detailing candidates who did not support SB 1070 was the election of a community college graduate to a full term as governor. Seriously, she could not function during a debate for pete's sake.

From a National perspective... This was an election for the Democrats to lose... Surprise, surprise... They did not disappoint. (Anyone who half a mind on politics, knew they were gonna lose one chamber of Congress) When faced with a challenge by fanatical Republicans, the folded. For those not keeping track, the "Tea Party" is nothing but a collection of extremist Republican... Too cowardly to call themselves the GOP.

It is a not a "shellacking" if one does not know how to run a counter campaign. Show some teeth, grow a pair... Do something... Dare I say it, ANYTHING! Your lay down and die mentality is getting tiresome. How could you not counter a message of craziness (subjectively speaking)?

Also, a note for Conservatives, congrats on getting the mass public to believe anything. (Not sarcasm) Except you forgot something... Most or all of the policies are extensions of the Bush Administration. Other than that, the Democrats have done relatively nothing... Oh, the effects of "Obamacare" have been negligible. What can I say, it is the will of the people and they will get what they "paid" for.
Posted by Manfred "Manny" Funkowitz at 2:14 PM No comments:

Yay, it is the Most Happy, Most Fun Holiday in the United States... Take That Arbor Day! 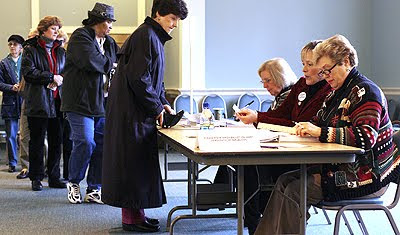 So, hop into those booths prospective voter and pull those levers, drop a marble into a jar or poke holes into a ballot. Of course, for the latter, beware of hanging chads. Burn! Did he just make reference to the 2000 Bush-Gore election drama? Oh, snap... y'all!

Anyway, have fun out there but be safe... No drink and voting... You do not want to accidentally vote for Buchanan... Oddly enough, that is not funny a second time around. (More-so when my reader base is essentially me)

Funkowitz out...
Posted by Manfred "Manny" Funkowitz at 9:43 AM No comments: