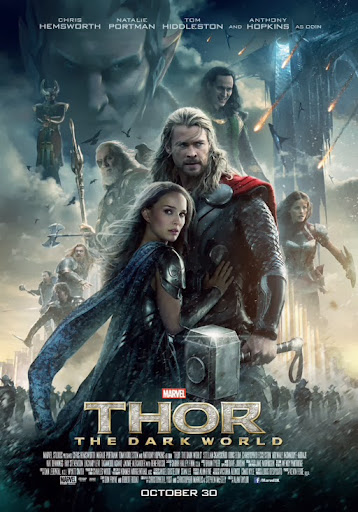 Say what you will but Marvel always brings the thunder.(see what I did there) For years now Marvel has been building a universe inhabited but an ever growing cast of interesting characters. Missteps along the way are sure to happen, but damnit if they're not swinging for the fences every time. The Avengers was an amazing success and it easily could've been a huge mess if not for the insane amount of prep that went into it. Now as we enter Phase Two we see the next chapter in each of our hero's lives. I was quite fond of Iron Man 3 from earlier this year and feel like it more than made up for the relative blandness of part 2. Then recently we have just been given Thor: The Dark World now with Alan Taylor at the helm. Does it make the same mistakes as Iron Man 2? Does it push is forward closer to the inevitable Age of Ultron? Well let's get into it shall we. 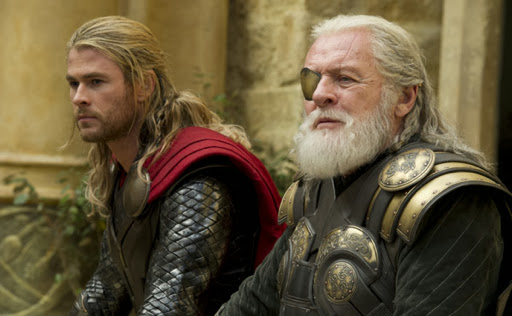 Before we get into this lets just reiterate where I stand. I really enjoyed the first Thor and thought Branagh captured the characters and Asgard perfectly. Some of the earth stuff fell short but overall I thought it was as close as we were going to get for a cinematic introduction to Thor. Alan Taylor takes the reigns and pushes the envelope even further. Some people have complained about Asgard not being as shiny, to which I say. The fuck?! This movie fully embraces the fantasy elements and throws in a healthy dose of sci fi. There are guns here that are unlike any kind of gun we've seen. The design of all the different realms is great and the dark elves are truly the substance of nightmares. I love the updated looks for Odin and even seeing Heimdall strip down a bit and have a beer with Thor. Fantasy elements...nailed it. 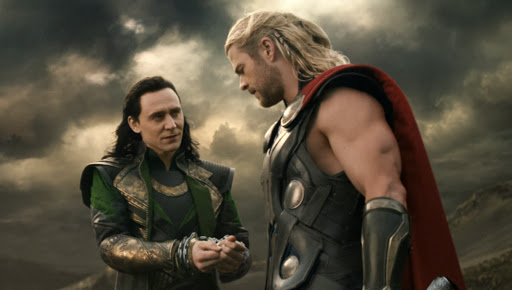 The earth stuff is still rather clunky, but this film is helped along by not having to explain everything. The story this time is much more exciting. The stakes here are very high and Thor is faced with some serious tragedy. Which of course allows an amazing team up with Loki which Marvel is smart enough to know that this is exactly what fanboys want. They minimize our time on earth and let us spend most of the film with Thor on Asgard. The whole thing moves at a breakneck pace and keeps you engaged to the final battle with ease. The smartest move here is really understanding what this film is and not trying to make it more than that. The filmmakers fully embrace the popcorn nature of this story and craft an enjoyable romp through the nine realms. Not the best marvel flick but loads better than Iron Man 2 and I would say edges out Thor 1 by a hair. The film is not without faults though to be sure. 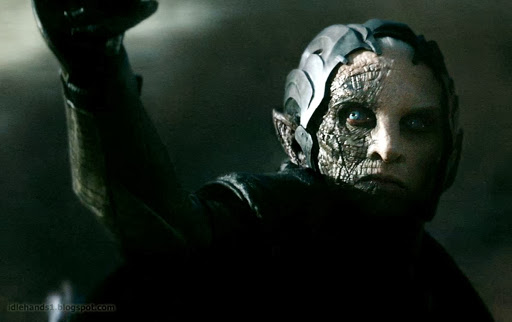 First off Malekith is as cookie cutter a villain as you can get. Aside from being evil and destroying shit he does nothing to make you enjoy his presence. Thankfully the film knew this and spent it's time showing Thor and Loki planning and sparring. Eccleston does what he can but his performance never elevates beyond angry talking. The Warriors Three are fucking AWESOME...and so are their combined 5 scenes. Jaime Alexander does great work as Sif and seeing her contempt for Jane Foster bubble under the surface totally could have been mined for more substance. Lastly...a little easy that the Aether happened to find it's host in Jane Foster but whatever it moved the story forward. 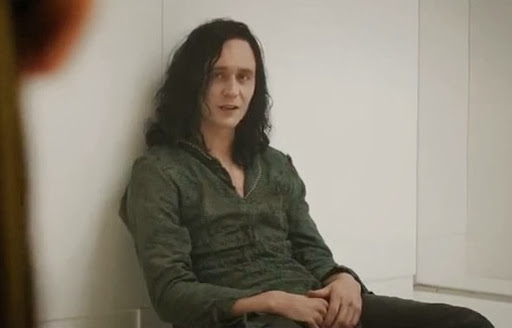 Let's finish off with a look at how this film fits in the bigger picture of the Marvel universe. Since Avengers we've seen two films, and both deal directly with the effects Phase 1 has had on them. Iron man was struck with PTSD and broke our hero down only to force him to build himself up again. Thor has been traveling the nine realms trying to undo the Chaos that Loki created. So what's Thor's grand lesson...well he concretes the fact that he is a protector of worlds moreso than any king. Also we learn a bit of Loki's next play in this universe. As for that stinger at the end credits....Marvel is absolutely playing the long game here. We know Thanks is not the big bad for Avengers two, yet Marvel continues to seed the infinity gems and grow this cosmic world. I imagine Guardians of the galaxy will play a much larger part in the grand scheme of things than Marvel is willing to let on. Things are about to get weird, and I can't wait.

One last thought - Chris O'Dowd you are a funny British man 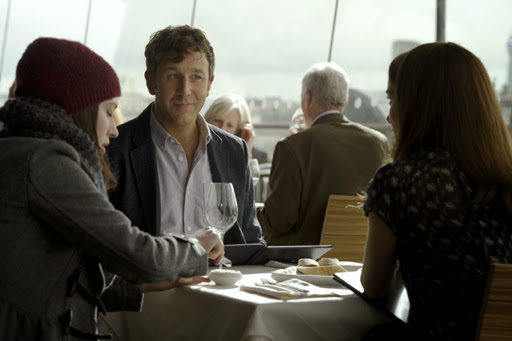