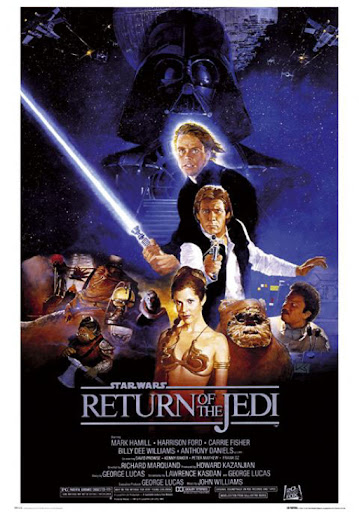 Return of the Jedi

It has been a while since we embarked on this retrospective of George Lucas' series detailing Anakin Skywalker's fall from grace and his redemption after saving his son from the clutches of the emperor. For me, I have always felt that Return of the Jedi is the weakest of the "original" trilogy. Do not get me wrong, it is not half as bad as Attack of the Clones but is nowhere near as good as its predecessor, The Empire Strikes Back. Certainly, a lot of this is the result of the tone of the film. Empire was dark and depressing, while Jedi tends to be much more light hearted. 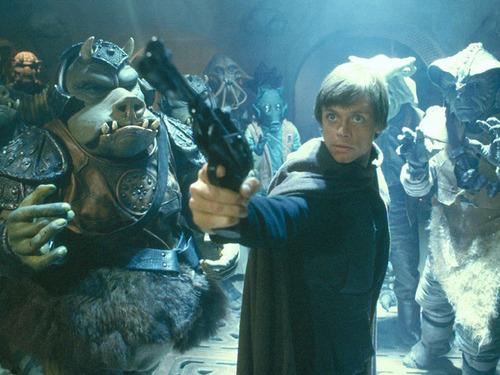 While much of the film borders on the absurd (Luke thinking he is a full-fledged Jedi Knight, the relative ineptitude of the Galactic Empire and anything that involves the Ewoks), two-thirds of the film is quite solid. In fact, it is one best looking blu rays that I have watched in a long while (Which is something Lady Funkowitz noticed and she could care less about such things). However, once the old gang of Han, Luke, Leia and Chewie arrive on Endor, the film goes to hell and I felt like flipping the film off.

It should be mentioned that even as a child, I have despised this part of the movie and I hold a firm hatred of the Ewoks. I refuse to believe that a superior military force succumbs to 20 Ewoks who have little more than a spear, a rock and a deficient amount of brains to think that C3PO is a deity. Seriously! If it is that easy to defeat the empire in ridiculous (Hark! There is an Ewok on a glider with some rocks!) guerrilla warfare then how did the Emperor assume control of the galaxy, let alone hold on to it for twenty years? 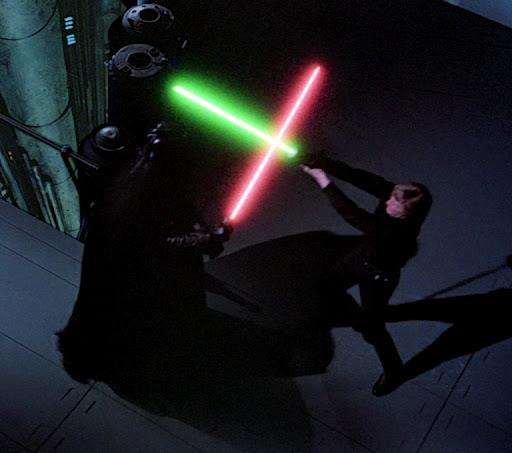 I am sorry but I do not buy the whole, we want Wookiees but could not afford it mishegas, especially if it was still going to have the same action sequences. Even though a Wookiee on a glider would be as retarded as Yoda knowing Chewbacca's name or rebel pilots partying with the Ewoks. For me, anything that happens on Endor is pretty much a waste of time, which is depressing since there is some interesting things that could have been done there. Overall, Jedi remains a satisfying conclusion to the Star Wars saga in spite of its flaws.

Posted by Manfred "Manny" Funkowitz at 11:52 AM