"Yes I did. You know why? Because Terminator 2 is still the greatest film ever made:" American Reunion 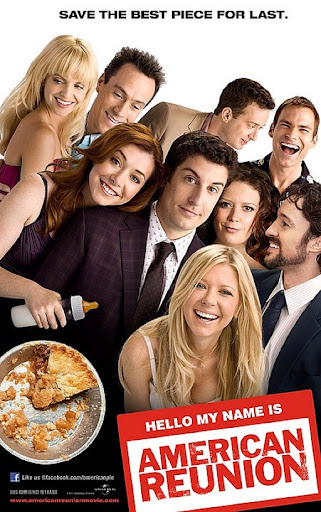 I will admit that I am not the biggest fan of this franchise. I do not hate (even though I cannot sit through the first two films anymore and I avoided the third) them, I just am not interested enough to watch them anymore. Frankly, how many times can you see a person get caught in an awkward situation involving his penis. Serious, that was the entire pitch for the first film and they felt obliged to continue this throughout the series. For me, after the first film, I always felt like the subsequent sequels were unnecessary. Much like a thirteen year reunion, American Reunion is simply unnecessary. 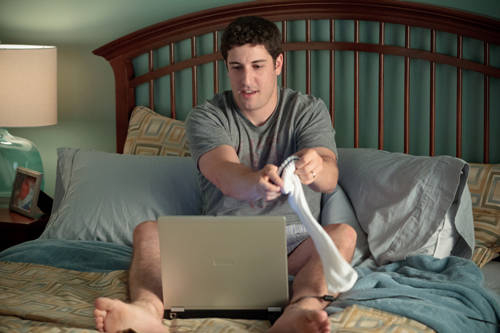 That is not to say that this film is bad or horrible (Trust me, I have sat through films like that in recent memory), the issue is that American Reunion never provides a reason for its existence. It simply keeps calling back to events that have long ceased to be funny. It makes feeble attempts at nostalgia but the fact remains that these films never carried enough weight to impact the viewers life. Much like a Kevin Smith film, you simply grow up and move on.

American Renunion by its essence tries to do that but it is so firmly entrenched in recycling its own gags that fails on even moving on. Frankly, none of these characters were that great in the first film, why would I care about them thirteen years in the future. I think this was lost on the screenwriter and it was more the studio that wanted to keep air in the lungs of the franchise. Seriously, who really wants to see Seann William Scott crap into a cooler. I'm sorry but that is not the type of stuff I want to see in films nor was it thirteen years ago. It simply highlights the fact that all of these characters would (if given a time machine) return to high school. 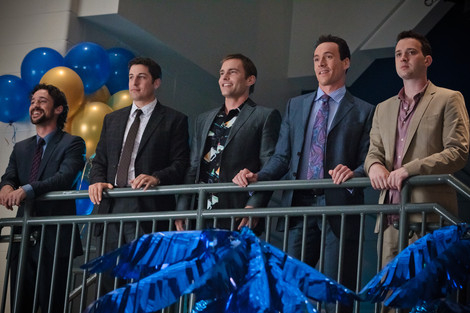 Do not get me wrong, I did not hate this film, it was merely a harmless film that can best be described in one word, "meh." Mostly, it illustrated why I avoided my own high school reunion. I suppose it would be a better film if it had been funnier or at least tried to be. In many ways, it simply rehashed cliches that we have seen time and time again from other films but our own lives as well. In the end, I think this is just me expecting more and forgetting that I was watching a sequel to film where the main character did it with a pie.

Parting thoughts:
Definitely glad that I did not see this in the theaters.