It Might Sound Absurd But I Have a Tip on Super Bowl Betting From a Reputable Source. 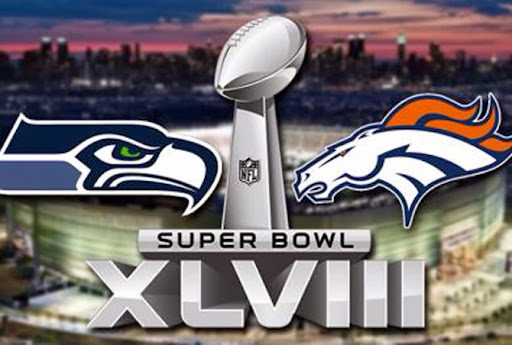 The Super Bowl (a.k.a. The World's Longest Commercial) is a couple hours away and it seems there is no reason to watch as the winner has already been declared. So, cancel the shindig that you had planned and dump the cases of Bud Light you purchased into the gutter since the Seahawks will win. Move along, there is nothing to see here.

Before you declare me a witch and have me burned at the stake, let me explain how I reached this predication. After conducting a thorough statistical analysis of both teams, I then discussed my findings with several NFL scouts and personnel through the use of surveys/ interviews. Once I parsed through all of the recordings, I able to discern more positive sentiment towards the Seahawks than the Broncos. After numerous cease and desist letters from the NFL, I concluded that my study was complete and the Seahawks would hoist the Lombardi Trophy once it was all said and done. With this knowledge in hand, I mortgaged my house, took out 150,000 dollars in loans and "borrowed" all of the funds out of my kid's piggy banks (and college funds) and put it all on Seattle.

Who am I kidding... A monkey at the Utah zoo told me. That is a reputable source, right? Wait, so your saying that I shouldn't have bankrupted myself several times over on a prognosticating ape... But he has been right six times in a row! How can you go against such odds. Oh man, I am so dead, I hope Vegas gives me my money back. Damn it, I should have listened to that manatee, they said he was clairvoyant!

In all seriousness, enjoy the game and its festivities tonight. Hopefully, by the end of the evening, Manning will have another ring. It looks like I am going with the manatee after all... Bookies are understanding when you don't pay them, right?

P.S. Since I am a degenerate gambler now, I put a lot of money on the greatest prop better ever! Will the halftime rock or suck? Bruno Mars is doing it... So, it will definitely suck. That is gonna be the easiest twenty grand I will ever make!