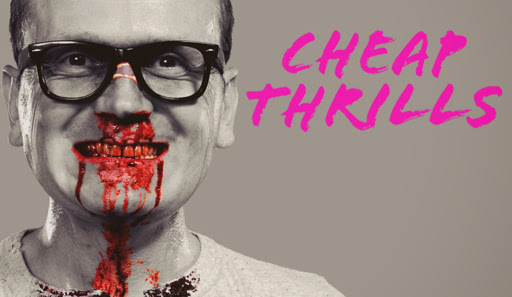 So this is what it takes to make good use of David Koechner? The man known for his crass, loud, overtly chauvinistic brand of comedy turns in a great performance as an exuberantly rich man who meets our two heroes as they both are drinking away their sorrows on one particularly sad night in Los Angeles. What starts off as playful bar hijinks, first man to get a girl to slap him, escalates as the film moves on. When we finally reach the home of Koechner's Colin, the depravity continues to slowly degrade until before we know it we are seeing some horrible acts as the theme of desperation takes our characters to unbelievable lows. Ladies and gentleman welcome to a film by E.L. Katz, Cheap Thrills. 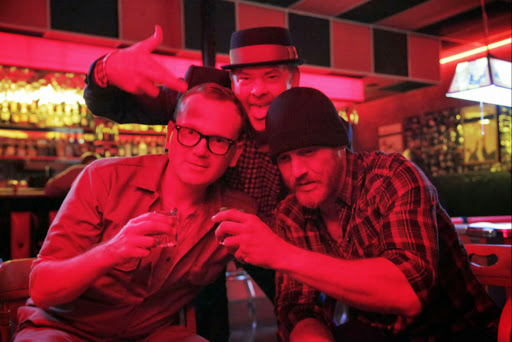 The film follows Craig, a man facing eviction who has just lost his job, as he runs into Vince, an old high school friend who happens to be down on his luck as well. Pat Healy and Ethan Embry, yah that Ethan Embry, play the two sad sacks and give them each enough charm and darkness to keep us completely engaged. While the film is often played for laughs, at no time do we venture into the ridiculous. While the dares that Koechner's character delivers to our heroes reach extremes, the script is so well done that our journey to these horrible acts seems somehow logical. Koechner is a big part of this since his character is the catalyst to all of these events. He still plays a variation of his standard role, but this time there's restraint and a sinister edge that runs through the film. We believe that he's just desperately trying to impress his way too hot wife.

While it would be easy enough to devolve into torture porn, the film never glorifies or even revels in these acts of depravity. Rather the film is shot in a simplistic but efficient manner. The camera is never assumptive, it never lingers too long it never foreshadows the horrors that are to come. It presents us this story in clear and well lit scenes with proper coverage. It spends a lot of time across our actors faces showing us the subtle changes as we journey from fun pranks to the incredibly sinister finale. Once the gore comes it is extremely straightforward. It knows when to give audiences the gut shots and it knows when to ratchet up the tension. Again the slow burn on this film is so impressive and before you know it you're on the edge of your seat tense as could be. 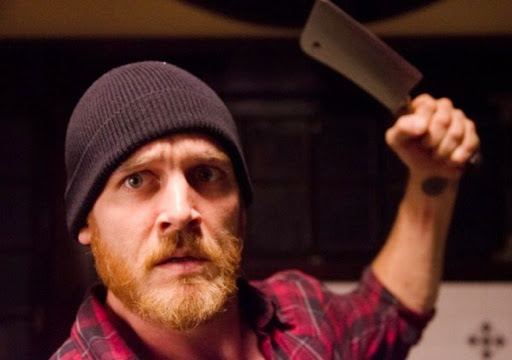 This is refreshingly dark comedy. Incredibly brutal yet never over the top, there is raw nature to the film that is almost sincere in its melancholic depiction of this battle of class. This is indie film showing you just what is possible with some talented actors and a great script. So far this is the biggest surprise of the year and sure to make it's way into a standard rotation of movies to suggest when people ask for something different. Entertaining from start to finish, when the last frame drops you'll have no idea what hit you. And that dear readers is exciting. 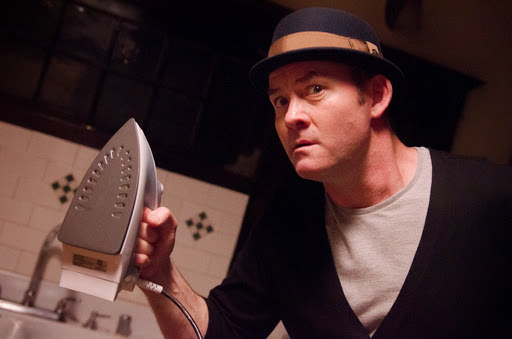 One last thought - you all know I love spoilers, stay away from other stories on this film. Watch it and comment below if you wanna talk more about it.