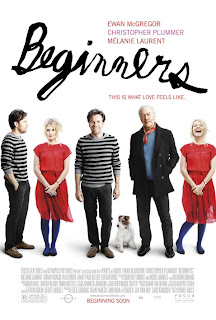 This year is quickly coming to an end, and with it a years worth of misery, tragedy, bliss and success will be put to rest. That is of course until we see what horrors and smiles reality will bring us in 2012, not counting the inevitable end of the world. I can honestly say that this year has been a milestone year for my family and I for reasons both positive and negative. We continue to live our dream lives here in New York, albeit thousands of miles away from any loved ones. Both Twincess and I have reached new heights of success in both of our respective professions(real life professions, not unpaid blog masters). Our little one continues to grow into an intelligent charismatic and hilarious young boy. All these things bring us an undeniable sense of joy and accomplishment, yet through it all this year has had a cloud of tragedy that has stayed over us since April brought the sudden death of Mama Bence. Easily the biggest tragedy to ever hit my life and along with the birth of RC, a day(week really) that will surely leave an indelible mark on who I am as a person for the rest of my life. My friends and family have been perfect and without them there is no way I could have made it through these past eight months.

So what does this have to do with movies? Well just after my mom passed away I wrote a piece dedicated to her about the film Never Let Me Go in which I talked about the way the films view of passion and purpose related to the life of Mama Bence. It was a piece called Dedication and offered a small amount of cathartic relief in expressing my feelings through this medium of writing which brings me so much joy. I mentioned that I'm sure any film dealing with mortality would continue to bring unintended parallels to my life and sure enough that's been the case all year. One thing I learned? Parents die a lot in films, much more than I ever noticed. I know I'm rambling and harkening back to my 30 page days but in dealing with this event, concise never seems to work well. 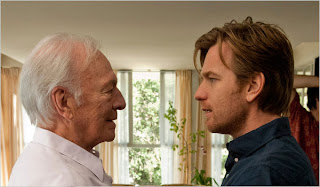 Alright so I'm here to talk about Mike Mills' Beginners, starring Ewan McGregor, Christopher Plummer and Melanie Laurent. This year is coming to a close and this film about new beginnings and moving on with the help of finding kindred spirits spoke to me and I felt it would be great to write about it as a follow up of sorts to my Dedication piece. So while that piece was much more about dealing with mortality and taking advantage of the time we have, and how my mom's life compared, this piece is much more about the after effects of her passing and how much of a struggle it is to move on, and how we push through the sadness to find new beginnings.

The film is a melancholic triumph of a film with the slightest air of whimsy woven through the entire piece. The story concerns Ewan's character and how he deals with the passing of his Father, and how through a new relationship he begins to finally find love. Through all of this we see flashbacks to his childhood spent mostly with his mother, and the last years of his Father's life in which he came out as a homosexual and his declining health. Ewan is admittedly confused by his fathers revelation as to his sexual orientation, but as Ewan's relationship with Melanie grows he begins to see the parallels between him and his father as they both were experiencing new beginnings. 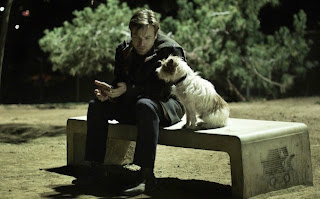 Mike Mills has crafted one of the best films of the year and the script should receive a nomination if the Academy feels like honoring good work. The characters all have an air of whimsy about them as the laid back Los Angeles professional is played perfectly by Ewan. I love that this is not a man child, rather just a modern man who goes around spray painting historical consciousness on the sides of walls with his middle class friend. The interaction between Ewan and his father's dog is restrained enough to never venture into cheap emotional ploys, rather the way they try speak to each other is played very well. Ewan is not a broken man, and as such he has one of the most honest portrayals of grief I have seen. His slow burn sadness seeping into everything he does is wonderfully understated. Try as he might his fathers death continues to affect everything he does as the flashbacks show us just how often his father is on his mind. These flashbacks vary in size and some are quite fleeting, which is a subtle way to show how it is we remember those who have passed. Sometimes it can be something so small that sets off a string of memories or maybe something will cause you to think
of singular moments for a spike sadness and then move on. I know living in this big city I pass a million people a day, someways I'll see a mom with her son, or hear that big boisterous and altogether obnoxious laugh of hers and smile the saddest smile in the world and then get back to life. Mills and Ewan capture this perfectly, we see the sadness underneath but it is never extreme and it never envelops him but it is definitely always there.

I'm going to speak briefly about Plummer and Laurent before moving on. Plummer plays Ewan's father and is easily gaining the most praise for the film. He turns in a brilliant turn as an old man being true to himself at such a late age, representing this idea that it is never too late to begin life again and find your true self. Plummer plays the role with a childlike wonder, as he ventures into the gay community asking questions about house music and unaware of the ubiquity of the rainbow flag. When the disease becomes apparent Plummer tries to hide the worry and insists on playing down or outright denying the seriousness of his condition. An action that sits all too close to home as mama Bence never wanted to worry anyone especially in her last few days. It is such a strong performance that his presence is felt throughout the movie even when he's not onscreen as we can see how much the last few years of his life affected Ewan. 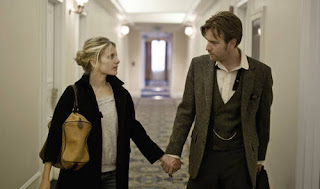 Laurent is that catalyst that begins the healing process for Ewan. Her not being able to speak at first is exactly the type of whimsical nature that bleeds through this film. It done in a charming and believable manner. The scene forces Ewan to do all the talking and begin to come out of his shell for the first time since his Father's death. That the two meet at a costume party embodying other personalities is wonderfully written. As the night progresses they begin to take pieces of their costume off in a purely organic manner and with that they begin to drop the adopted personality and reveal who they really are. Their first encounter sets the tone for the rest of their relationship, Laurent is going to help Ewan move on with his life and learn just how much his father taught him about love. She steps into the role perfectly again playing it real, she is not a damaged or histrionic person she's a normal person with some parent issues and witty personality. 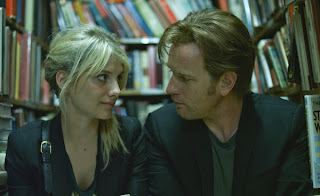 Mills keeps the direction simple and powerful utilizing jump cuts to show the progression of Plummer's disease by keeping a static shot of one room and jump cutting as the room transforms into a makeshift hospice room. Hallways and staircases are constant throughout except when in flashback. This is further support for Ewan's attempts to move forward after the tragedy of his father. We see him walking with Laurent and the dog the most, who are the two most helpful in his new beginning. Even something as simple as focus pull is used here with better skill than most anyone working in Hollywood. As it is used here he shows us the beginning o a relationship and just how distant two people are at first, and as time moves on the two of them are brought into
focus together.

The performances, the camerawork, the script everything about the film worked for me. It is a sad tale but a purely believable one. A film that fits perfectly with my state of mind at this moment. At the end of the film Ewan is still sad about his dad, technically we're still unsure about his relationship with Laurent, but that's reality. The sadness doesn't go away with a montage sequence and some top 40 music playing. A parents death will live with you forever and we see that in Ewan, what we do know is that he is beginning to confront his feelings. From the scene with his dads lover in which Ewan confesses he didn't call after his dad passed away because his father loved him so much. This was a heart wrenching scene that did it without dramatic music but just some simple coverage an strong performances. I can tell you the hardest thing I've had to do was call my moms friends and keep emotional stability while speaking to them. We're over half a year past an it's still something I struggle with, and it's for the same reason. Because she loved her friends and family so much. That emotion will never go away, but like in the film hopefully it will evolve into acceptance and happiness. At the end of the film Ewan comes to terms with the fact that his dad was happy when he passed away, he had discovered who he was and lived the last of his time to the fullest. Now Mama Bence did not have a late in life discovery like Plummer, but she loved her life, and never lived with regret. No matter who you were, friends or family it was all the same to her and they were the most important people in her life. Like I said in my last piece, my mom lived a full life, she got to see her grandson born, and her only child find love. I'm going to need to be ok that that's it. There's no more to her story. Luckily like Ewan I have a beautiful tall blonde girl to help me get through it all. 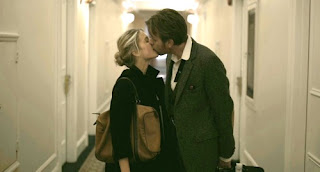 DEDICATED TO MARIA DE LA CRUZ ROMO and ALICIA MARMON
The best two ladies a guy can ever hope to have in his life.

One last thought - throughout the film Mills uses static images and Ewan's VoiceOver to describe time and objects such as the year was 1950 this is the president this is what love looked like and happiness, he then juxtaposes that with another time. This evolves over the course of the movie but always including similar objects. It's a simple device used to show that as we begin new lives the same things hold true, the stars will always be the stars love will always be love, it is simply the way they are represented that changes. Another gimmicky trick that Mills uses with complete precision.
Posted by Bence at 11:15 PM