Ya ya I'm late as usual lots of stuff these past two weeks so here we go. 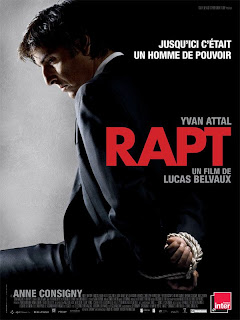 Rapt - Lucas Delvaux
French hostage movie about an aristocrat who gets captured and as the movie unfolds secrets boil to the surface. The French do these dark and gritty crime thrillers with great style, word on this one is no different. From one of the soldiers in Joyeux Noel, I'm sure I'll be checking this out soon. 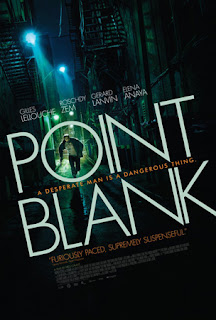 Point Blank - Fred Cavaye
Ok so I stumbled across that top film after looking up this film. This played to great acclaim at the festival circuit earlier this year. It had a short run in New York an I'm sad I never got a chance to catch it. This is supposed to be a great thriller about a nurse who saves a guy who ends up being a crime boss and his lackeys kidnap his wife(the incredibly beautiful Elena Anaya) so the nurse will help the crime boss escape. 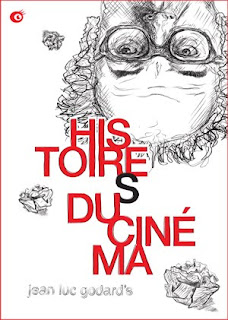 Histoires du Cinema - Jean-Luc Godard
Hands down my favorite director of all time. The guy still is churning out work as experimental and esoteric as ever. This is the history of cinema as seen through the eyes of a master filmmaker. Or maybe its the history through the eyes of cinema? Either way Godard pieces together bits of film from across the years to give you statements on his views of life such as "we are one another" and such. If you can find a copy do yourself a favor and check it out. Me, I'm hoping the local video jobber has it in stock. 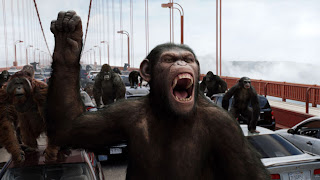 Rise of the Planet of the Apes - Rupert Wyatt
I really had no desire to see this when it hit theaters. I was never a huge fan of the original and Tim Burton really wasn't doing anyone any favors. Although thanks to Hawk, apparently Burton's absurdly confusing ending is much more inline with the actual source material. Anyway once the film was released word came out that the film was amazing with Oscar caliber work from Serkis. Some big claims but from enough sources to spark my interest and then the topper was our very own Hawk giving us his seal of approval. Really looking forward to this, my compatriots have some decent taste even if it seems we don't see eye to eye a lot of the time. 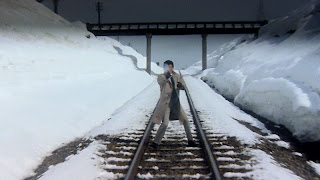 Tokyo Drifter - Seijun Suzuki
If you haven't seen the films of Suzuki then be prepared to be smacked in the face by an overwhelming amount of cool. He is considered Japanese New Wave and if you an imagine what Godard would do with a yakuza film then you can get an idea of the type of talent you're dealing with here. I'm sure his film pops off the screen in blu ray. Plot? It a yakuza film so you know it's something about a badass trying to get out and being pulled back on. But if that's what you're looking for the you're missing the point completely. Branded to Kill was also released this week, honestly both are amazing. My personal favorite is Youth of the Beast but these two are amazing pieces of cinematic energy. 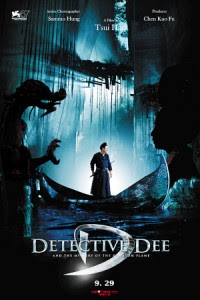 Detective Dee and the Mystery of the Phantom Flame - Tsui Hark
This barely didn't make the cut for my fall wish list. Hark is another master of grandiose Asian Cinema. He plays with fantasy and warriors and here he makes gives Sherlock Holmes a sword to play with. This film follows Dee as he tracks a series of murders that seem to be halting a the coronation of a new female emperor With Andy Lau in the lead I strongly suggest watching this and the new Guy Ritchie film as an awesome Movie Night. 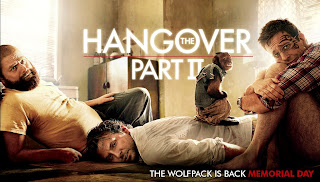 One last thought - this came out this past week and it is one of the strangest films I've ever seen. For the life of me I don't understand why they literally made the same movie again, and not just repeating what worked the first time but beat for beat the same film. Even Bradley Cooper confessing they messed up while Ed Helms works it out in his head what really happened. So confused.
Posted by Bence at 6:55 PM