These Films Make Me Wonder Why I am not Pitching Film Ideas in Hollywood: The Ten Worst Films of 2011.

Like any other year in cinema, 2011 had its share of films that were good, mediocre and down right horrible. An interesting side note is that it also had the most amount of sequels (28) than any other year in cinematic history. This says a lot about the creative process in filmmaking today but I digress. Today, we are going to focus on those horrible films that for many reasons (After all, if there was only one reason, they would not be considered "horrible") are pure and utter crap. Last year, one movie occupied all ten spots... Will the same thing happen this year? For your consideration, in descending order, numbers 10 through 5: 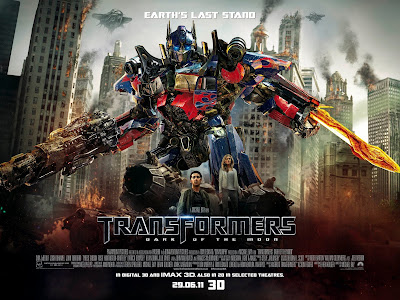 10. Transformers: Dark of the Moon
Where to begin, Dark of the Moon is not simply one of the worst films of the year, it is one of the worst things ever put to film (in its history). It is a systematic failure on all levels of the cinematic process. Not one piece of it works. I have sat through crap before and been upset but I have never left in a blind fury. It is one thing for Hawk and I to be upset about this movie but it is another for Lady Hawk and Funkowitz (two of the least cynical film viewers ever) to be relatively angry at what they saw. 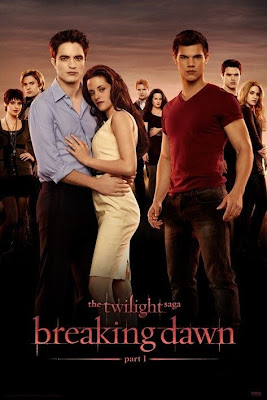 09. Twilight: Breaking Dawn - Part One
I do not know what is worse, the pain in my jaw from the removal of a wisdom tooth or spending the two hours enduring this wretched piece of shit. Oh, the things I do for Lady Funkowitz. This film has no redeeming characteristics. None. I suppose the blame has to rest solely with Stephanie Meyer and the source material. At no point in this series was there a compelling storyline. It speaks to the state of literature in America. Say what you will about Harry Potter but at least the books were well-written (for children's books) and they spawned decent adaptations (with the exception of films number one, two and four).

08. Transformers: Dark of the Moon
When I saw, "angry..." I mean, blind red fury. I am surprised that I did not rouse my children on the ride home. It was not that they ravaged an essential part of my childhood, it was the fact that they simply released a mess and acted like it was the best ever. I cannot stress this enough but not one part of the film worked. Let us examine this objectively beginning with the position of screenwriter. Ehren Kruger should not be allowed to pen a script ever again. The dialogue was atrocious, the characters unlikeable (some never properly introduced but then inexplicably killed) and the story downright incoherent. I asked who thought this was a good idea?
07. Twilight: Breaking Dawn - Part One
Imagine sitting for two hours (in relative physical pain) and being forced to endure a film where next to nothing happens. It was (for lack of a better word) torture. I am biased in my opinion towards this franchise (I loathe it) and rightly so since (like Transformers) has nothing going for it. I must pose a serious question to you dear reader... How can an undead being have sex? I do not need to explain how sex works but a vampire does not have the necessary stuff to (literally) do it. Furthermore, how does a vampire have living semen if they are essentially dead physically? With this fact alone, this movie is just too ridiculous to be taken seriously and the opening credits have not even rolled yet.

06. Transformers: Dark of the Moon
I suppose I should touch on the acting of this film. Nobody was good. Nobody. You had Oscar winners (Frances McDormand), nominees (John Malkovich) and Yale graduates with master's degrees in drama (McDormand and John Turturro), who turned in quite possibly the worst performances of their careers. Also, if Ken Jeong does not perform in anything other than Community... I would be ok with that. Then there is Shia LaBeouf, well it looks like your "talent" has run its course buddy. I guess that is what happens when someone spends more time getting in grog fights than honing their "craft." Finally, you know who was amazing in this film? Megan Fox for showing that even she was above appearing this cinematic turd. Of course, this acting pales in comparison to the cringe worthy performances of our next film...

05. Twilight: Breaking Dawn - Part One
Is there a worse acting trio than Robert Pattinson, Taylor Lautner and Kristen Stewart? I would like someone to point them out to me. They are all one note, Pattinson can only breath out his mouth, Lautner has mastered the art of the "dumb look" and Stewart wishes she could do either of those things. You had a year to get lessons! You have to be making a mint starring in this series of turds, why not throw some money in the direction of the local learning annex. You might learn some useful tips there Robert like closing your mouth before a fly enters it. For those thinking that the bad acting of the three main characters would be offset by the dedication of the no-name actors comprising the supporting cast, you would be mistaken. That is, unless you consider Elizabeth Reasear's forehead or Billy Burke's mustache... Both of which stole the show. Watch out, Kevin Bacon's hair from X-Men: First Class, you have competition in the best supporting actor category of this year's Oscars.

Whew. That was almost as exhausting as watching these films. Why don't we hit up the lobby and get us some snacks? Meet back here in a few minutes... And Break!
Posted by Manfred "Manny" Funkowitz at 11:48 AM