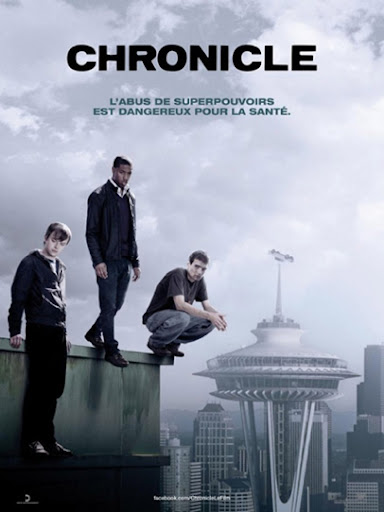 I really don't care for found footage films. My biggest gripe is that it seems rather illogical that people would carry a camera around the whole time and it always has to include some poorly written metaphor about the relation between camera and reality. Before any of you naysayers out there jump up in arms I liked Cloverfield, Blair Witch was effective the first time but boy has that aged. Paranormal Activity? I've only seen the first one and to me it has a nice sense of fun through it but ultimately tiresome in its reliance on jump scares. I haven't bothered to watch the other two but from trailers and word of mouth they seem to be more of the same. But I get it found footage is cheap and you can get away with little known actors, so the studios are eating them up. I have to say the moment I hear that Fox is going to reboot Paranormal Activity we have a serious problem. Alright, well that leads us to Chronicle, a found footage film detailing the exploits of three young boys who discover a glowing rock and develop telekinesis and the adventures that follow. This is the exception to the rule, Trank and Landis have made a fun and engaging super hero film that acts as a great origin story clearly inspired by the comics these two read growing up. Thanks to some solid performances and great focus on character the film excels despite the jumps in logic that the medium demands.

First and foremost the "found footage" aspect of the film is its biggest downfall. The film easily could have worked as a straightforward film, and all that talk of the camera creating a more intimate story is ridiculous. They explain how the camera follows these guys around once they learn to fly, but honestly it's the hardest pill to swallow In the film, and sadly in a solid script from Landis he can't help but put in a quick speech about the camera creating a boundary between the main character and reality. I also highly doubt that when shit goes down, Dane Dehaan would keep concentrating on keeping the camera airborne. 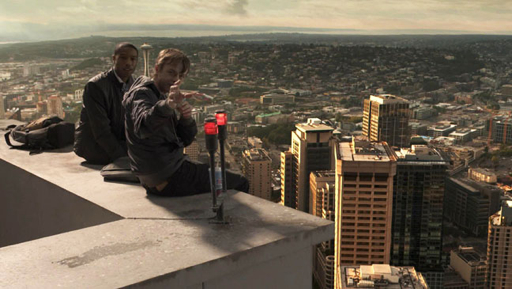 Besides that the film is solid and easily one of the few entries into this genre worth checking out. This is in no small part due to the outstanding performances from the lead actors. The three young men each do a great job at playing some basic archetypes and bringing the right amount of sincerity and freshness to the roles. The angsty teen is about as cookie cutter as you can get but Dehaan fills his role with such raw emotion and wonder that when he begins to evolve his powers we feel every bit of excitement and every bit of sadness. Michael B. Jordan does a great job as the popular kid that is friends with everyone. His charisma flows off the screen and you can see why he would be running for class president.

The story beats are pretty obvious, and they follow a fairly routine origin story as the boys did their powers, practice their powers, and then ultimately tragedy begins to rear its ugly head. It's all very transparent, but Trank makes sure we have fun the whole time. We are there with the boys learning to fly and experiencing each fall and each success. And the to close it out Trank gives us a throw down to be remembered as two boys at the peak of their power battle it out across the city leaving plenty of destruction in their wake. He's done such a good job at developing these characters that even though we see where they're going, you can't help but wish for the film to take a different turn. Great debut, that shows u the potential of a new talent emerging. I hope whatever it is Trank does next ditches the found footage, whether it be FF or not.

One last thought - I know you all hate the Tim Story one, and with good cause, but you really need to track down this gem here. 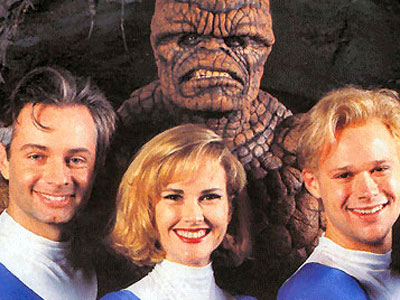