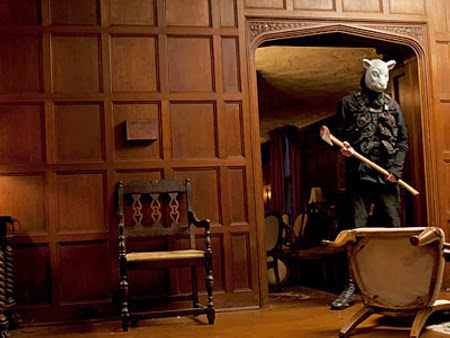 I wanted to make sure I got to as many films as possible. Alas there's still a big handful that I was unable to see. But then that's always the case, there's always more movies and not necessarily more time. For now, I'm happy with my list. These are my favorite films of the year. 10. Frances Ha - Noah Baumbach
For someone as obsessed with nihilism and misanthropy as Baumbach, Frances Ha is incredibly exuberant. The story of young pseudo dancer trying her hardest to live her life New York is filled with all the awkward social situations you've come to expect, but this time there is something different. Greta Gerwig fills Frances with hope. As her life crumbles before her and she realizes that reality is not always the same as your dreams, she continually has an optimistic view of life. Whether it's finding out you're no longer needed as an understudy or crashing and burning at dinner party, or making the on a whim decision to go to Paris, Frances keeps her head up and we're left with a boisterous performance that deserves all the acclaim it's received. The New Wave inspired style in which he shoots New York in gorgeous black and white match perfectly with the whimsical nature of the film. Nothing like running around Manhattan trying to find the bodega that has a working ATM. 9. Much Ado About Nothing - Joss Whedon
Continuing with exuberance and whimsy we have fan boy favorite Joss getting his Baz Luhrman on with this modern adaptation of Shakespeare's tale of folly and love. Joss and his usual band of cohorts bring Shakespeare into the modern age and you never for a minute think about how old the language is. This feels new and modern and full of life. Joss shows off his mastery of relationships here as the romantic chessboard gets shuffled around for just under two hours. From the bombastic nature of the Avengers to his attention to detail in every nook and cranny of this weekend departure Whedon shows just how far his range is. This guy is a force to be reckoned with and I hope he keeps making content forever. 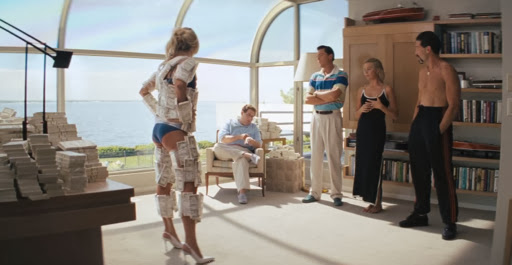 8. The Wolf of Wall Street - Martin Scorsese
Talk about exuberance?! This is a story of excess and bastardization of the American dream as only Scorsese could do. The brilliance of this film is in the fact that you shouldn't trust anything you see. We are being sold this story and if you don't see that, well then I know of a little tech company that you might be interested in investing in. Leo gives perhaps the best performance of his career as a horrible person obsessed with being better. Everyone in this film is an unlikable deplorable human being and Scorsese isn't even trying to get you to root for them, he shows each act so overdone and excessive and near evil. Yet I'm sure there's plenty out there who missed the point. But those extra seconds you see of hookers being railed, the fact that Scorsese lets you see just how hard it is to get into a car, the constant effects of drugs being splattered on the screen, they are all there to show you ....this is what happens when you do too much. Brilliant film from a master of his craft. Easily best editing of the year(maybe slightly edges out Gravity) 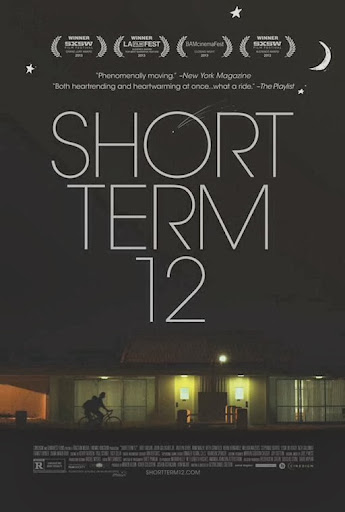 7. Short Term 12 - Destin Cretton
This is seamless filmmaking. Not showy not overly stylish, but solid visual storytelling with a strong story. As we venture into the lives of these youth in between foster homes we are never manipulated. Never is the melodrama played for the easy cry. These are honest portrayals of troubled youth and the people that care for them more than themselves. People talk about snubs? Brie Larson turns in an oscar worthy performance and the script deserves at least a nod. This guy is one to watch. 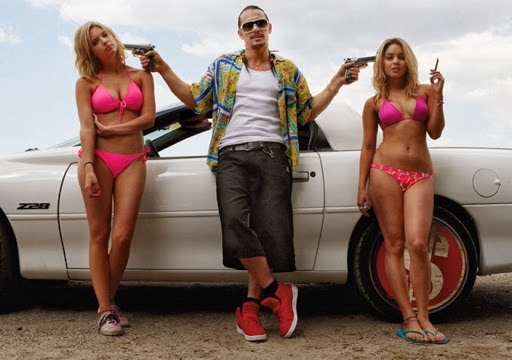 6. Springbreakers - Harmony Korine
Benoit Debie as his cinematographer, some ex Disney girls, Franco, and we get Korines most coherent and easily best film. I never was into KIDS, mostly because it wasn't that good, and even as a teenager I knew nobody "got" it. Some of his other stuff was interesting, but nothing has compared to this film. This year had a lot of takes of excess and the bastardization of some form of the American dream. Here we see that same story but now from the youths point of view. What starts out as a drug fueled debaucherous vacation, quickly devolves into a haunting fairy tale as reality seems to bend constantly as the girls either wake up or fall further down the rabbit hole. With an amazing use of repetition, some great covers and great editing this film pays off on the potential that I never knew Korine had. 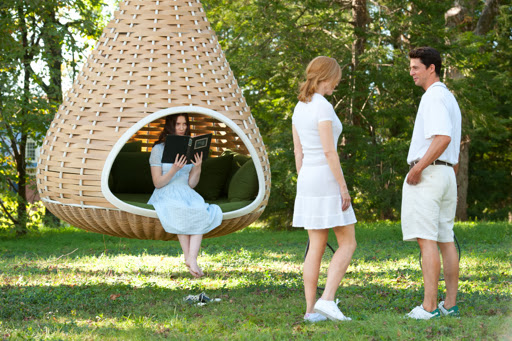 5. Stoker - Chan Wook Park
Park's first English language feature is great gothic fable of sexual awakening and family tragedy. As our young heroine begins her journey to maturity she encounters numerous obstacles in her way, whether it's hormonal boys, her absent mother, or even the best big bad wolf played by Matthew Goode. The mystery at the heart of the film is merely a plot device. What drives this movie is the dance the central three play, and just likely of Park's films how he reaches the ends is always surprising. As usual lay attention to each corner of the frame, as they are filled to the brim with detail and significance. 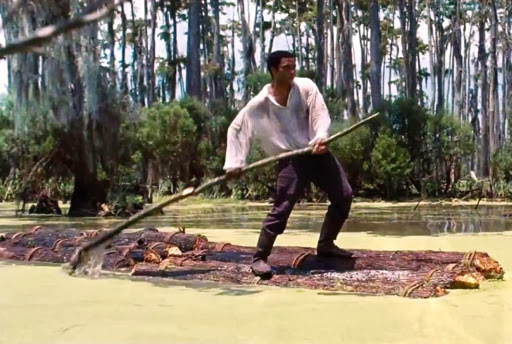 4. 12 Years a Slave - Steve McQueen
McQueen continues his perfect streak of just brilliantly beautiful and challenging films. Together with his impeccable cast he crafts a cold and brutal telling of a man forces into slavery. Filled with complex characters and Bobbit's perfect cinematography, this is a powerhouse film that everyone should see.

3. Upstream Color - Shane Carruth
Carruth is a hard director to write about. His films defy explanation, and often take MULTIPLE viewings to even understand them on a surface level. This guy is making films on a whole other level, retaining full control...and I mean full control. He's the writer, director, cinematographer, editor, AND composer. All self taught and what you get are films that defy rules. Relatively incoherent, but in no way do they defy logic. There is a perfection here that rewards paying attention. This story is more of a visual metaphor for the concept of identity and how when we begin a relationship we develop a whole new identity and previous versions of our self merge or clash with the new version. It's a brilliant film that takes these heady ideas and presents them perfectly. 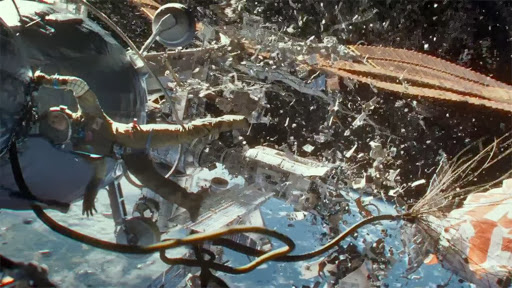 2. Gravity - Alfonso Cuaron
Remember when I said favorite? Well this is probably the best film of year. Cuaron pushes the form forward and gives us an amazing cinematic EXPERIENCE. The best argument for 3D ever and a movie that demands to be seen in the theater. The film has a simple story, and if you so desire there's plenty symbolism for you to analyze, but the meat of this film is just the beautiful visual language across the screen. Shots so beautiful they can bring you to tears thanks to the ungodly talented Lubezki. 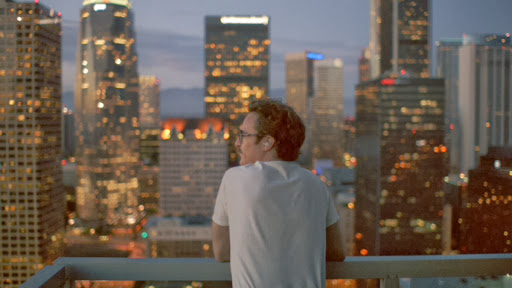 Her - Spike Jonze
Always loved Spike Jonze, but his last two films are just deavastatingly emotional. Here he examines what it means to find love in the modern age. And how no matter how far we evolve, heartbreak and blissful love will always exist. With some amazing cinematography by Hoytema Jonze gives us a rich view of the future in which hope still exists and there is no dystopia in sight. Emotionally raw yet incredibly optimistic Jonze is a unique filmmaker who gets better each time. 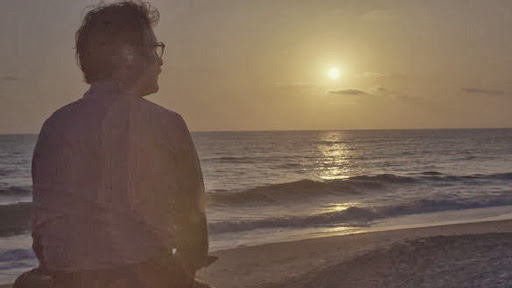 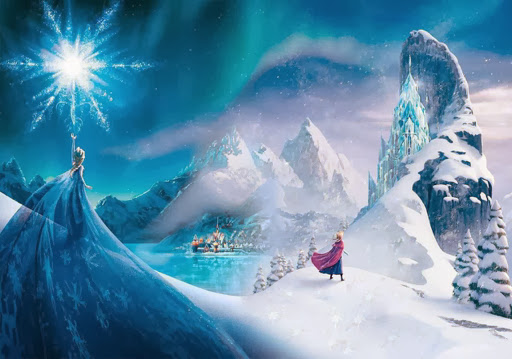 One last thought - way too many didn't make the list, including some genre favorites. I'll have my runners up post coming soon.