Nevermind where I been....holy crap am I screwed!!

It's becoming frighteningly apparent that I'm completely unprepared for the inevitable Zombie Apocalypse. The more I read survival articles, the more I watch 'The Walking Dead', the more I realize that I'm freakishly f*cked when that time comes. So what kind of things are needed to survive? I'm sure you've seen these lists before, but so what....here is another list of stuff you need to survive the Zombie apocalypse....which could also be called 'Things that Gonzi is lacking for when the Zombie Apocalypse comes and will thus be Zombie Food"

I wonder how I rank on zombie food taste scale

-Physical Prowess: I was dancing with Gonzi Jr. the other night. More specifically, breakdancing. Even more specifically, attempting to breakdance. Specifically even more specific, attempting to breakdance horribly. So there I am, doing my thing. Gonzi Jr isn't really in the mood to dance so I really lay on the moves and finish him before he even starts. As I basked in my shameless victory, I thought "Man..I'm totally fit and have the cardio needed for survival situations." Fast forward a couple days as I sit here typing..with a bandage wrapped knee...barely able to walk. Thinking "Man..I wouldn't be able to outrun a morbidly obese zombie with a tumor on their running leg!"


-Weapons: Guns and Kitchen knives are great and all...but holy crap do I need some Zombie Hunting weapons. It seems like a crossbow would be a good investment. Some machetes could also prove useful. By the way, how the hell do I not have a machete? They are a rite a of passage for Latino boys....right after the christening...you get a candle and then the Machete. 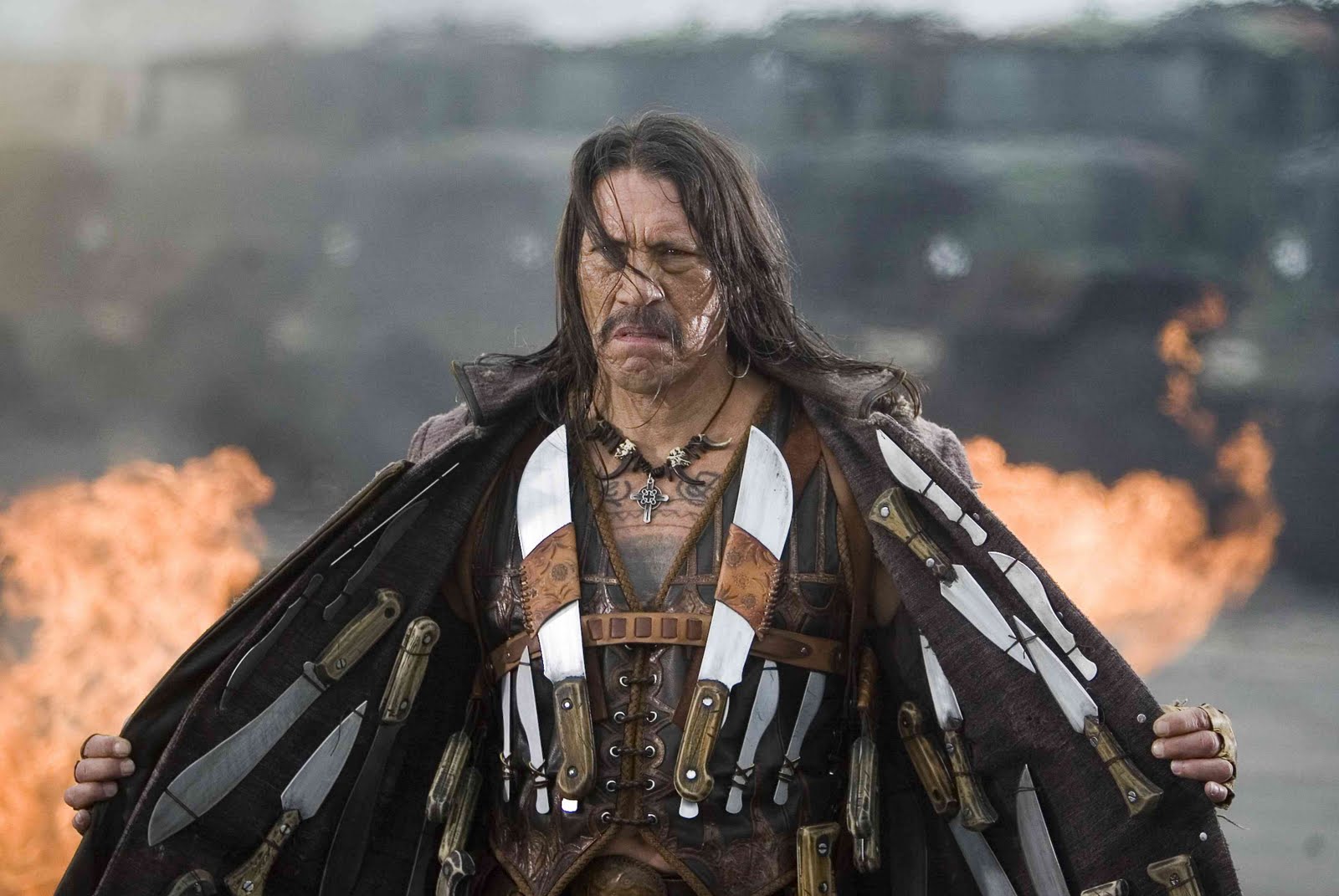 Machete is prepared when the shit hits the fan

-Food/Rations: I see two ways to look at this....A. I'm a food addict and I would get really cranky if I didn't get my share of the rations like every two hours. B. That said...I could live on peanut butter. What better non perishable food item to live out your days in the apocalypse then jars upon jars of extra crunchy JIF. I'll be prepared when Peanut Butter is the new currency
While I do bring certain assets to the table. For example, I can make the tough decisions like who should be tripped first so the others can get away from the mob of zombies chasing us. Ummm...what else...I've seen a couple of George Romero movies. Not all..but a couple....OHH..I beat 'Dead Rising 2" on PS3 and have some pretty good ideas for make shift weapons...in theory.

But I'm not too proud to say that my liabilities probably outweigh my assets to the team and overall objective. So yeah. If we all end up in the precarious situation that is the zombie apocalypse...I'd be willing to draw straws to see who's in and who's out.....

Just know...when I cross over to the Zombie Side......I will dedicate my undead life to tracking you down and gnawing your stupid cheeks off.

Posted by Gonzi Supreme at 7:06 PM