Movie Night: Thoughts From the Pile - Perfume: Story of a Murderer 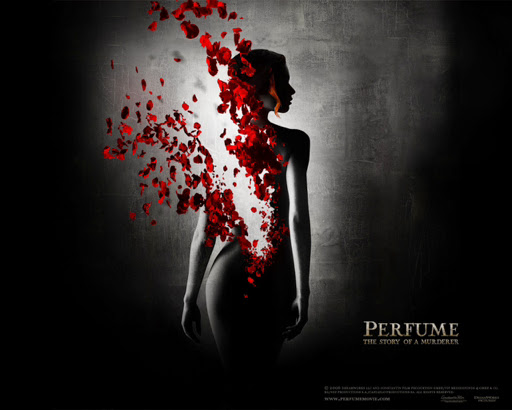 Tykwer burst onto the scene with Run Lola Run. An incredibly kinetic film overflowing with energy and style, that ultimately would not reflect the stylistic choices Tykwer would use in his later works. What it does have in common with the rest of his ouevre is the slightly surreal nature of the universe in which his films reside. Nothing too fantastic, but his films involve a girl stuck in a loop, modern fairy tales, a helicopter to oblivion, some Atlas thingy, Clive Owen, and this film, in which cannabilism and orgies and destruction of religion are all side effects of the perfect scent.

Perfume tells the story of Jean Baptiste Grenouille, an orphan born under a table in a fish market, with no social skills, an amoral outlook, and incredible olfactory talents, who just happens to become a serial killer. He finds himself under the care of various individuals throughout his life, each one giving him some more skills in identifying and capturing scent to produce perfume. Like some alternative form of vampirism or just a product of bad luck, once Grenouille is through, his previous caretaker perishes in rather horrible fashion. This is a great symbol for the type of serial killer he ends up becoming. He doesn't mean to kill any of the ladies who fall at his hands, rather their death is simply an unfortunate necessity for Grenouille to develop the perfect perfume.

I want to talk briefly about the way in which Tykwer takes you on an olfactory journey. The sense of smell is nigh impossible to show on film, but Tykwer accomplishes this with immense skill. He begins his story in the slums of Paris, giving us an incredibly sharp image close up shots of the dirt and grime everywhere. As well as showing us fish being sliced and diced and all the slime and guts that remain. He makes sure we see this over and over ultimately hiving us the sense of what it must be like to exist in this era. As Grenouille discovers he ability Tykwer shows us rotten fruit and sticks and flowers all in such gorgeous detail that we begin to imagine the smells ourselves. It's some great second unit work and, helps to really differentiate this film from any other. Lastly once we begin to see the effect that Grenouille's perfume has on people we begin to wonder ourselves what must the forbidden scent of humanity smell like? As Tykwer shows us Grenouille slowly scraping away the animal fat that has soaked up the essence of a human being,one can only wonder what is that like distilled? A beautifully dark and haunting story, that explores one mans journey for love only to find empty passion at the bottom of a bottle. Highly recommended 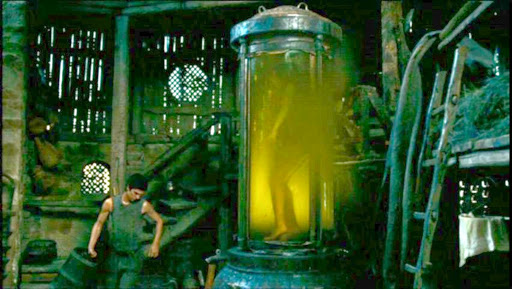 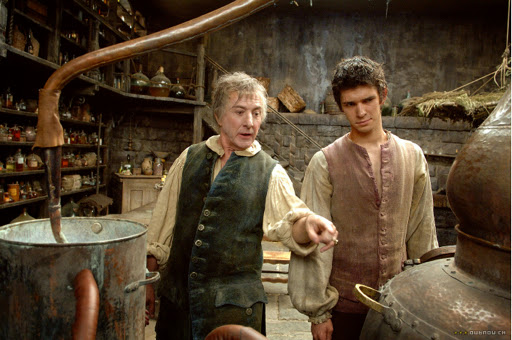 One last thought - Dustin, you nailed it.