"To all of you, uh, all you phonies, all of you two-faced friends, you sycophantic suck-ups who smile through your teeth at me, please leave me in peace. Please go. Stop smiling. It's not a joke. Please leave. The party's over. Get out." Batman Begins 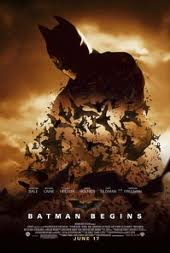 From the day that first picked up a comic book, no other character has had a greater impact on my life than Batman. His origin story is unparalleled, his rogues gallery is the envy of comics and the most powerful man in his universe is scared of him (in addition to many others). What other character can say that... Spiderman? Pshaw! In short, I love Batman, always have, always will and there is a reason my son is named in part of the second best Robin. I suppose nobody wants to hear me wax poetic about the Caped Crusader, you all want to read about the film that took Batman from being a cinematic joke to the ideal or standard to aspire to. Ironically, no one comes close, it is all a sad mimicry. 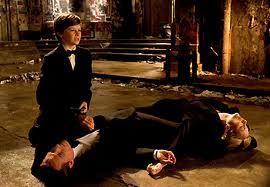 Most people contend that The Dark Knight is the greatest comic film and I will venture to say that it is the second best. After all, TDK owes much to its predecessor, which if it had not performed to expectations would not have existed. Even a life long fan of Batman did not expect the veritable masterpiece that Christopher Nolan presented the public. He did not simply give us a comic book movie but a world in which Batman could actually exist. That is if they owned a multinational corporation and has several billion dollars in personal assets.

In many ways, Batman Begins effectively killed the genre of comic book movies (Most basically because it is a film, note that distinction) and The Dark Knight put the nail in the coffin. It is the archetype for how to revitalize or "reboot" a franchise and it shows that one cannot emulate it (Amazing Spiderman, I am looking at you).

Batman Begins is an exercise in fantastic storytelling, it leaves no loose ends in plot points and the dialogue at no point draws an eye roll (See any one of Marvel's modern "classics") from the audience. This is the curse of this film and the franchise borne out of it, it transcends DC, Warner Bros. and makes their other comic movie offerings inferior by its mere existence in their standard collection. 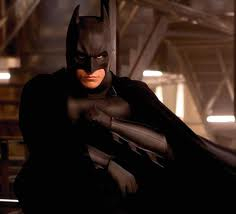 I have barely begun to scratch the surface of this film and its impact on cinema (no other comic movie can boast this). It attracted a level of talent (on all sides of the camera) that previously would have shunned the genre. Even calling it a comic film is doing it a disservice, it is a noir, a crime film, thriller and drama. It is this ability to be multifaceted, while containing a massive depth in terms of quality that has made Batman Begins an enduring (and yet, forgotten) classic. Yes, I said classic and I stand by this statement.

Editorial note: I am aware that this came across as a love letter to Batman (the character), I meant it to be one. 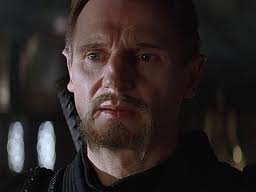 This man gets no love...