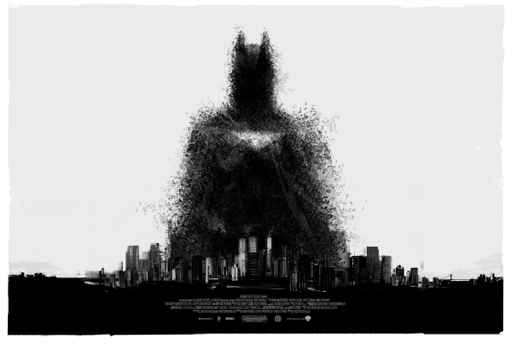 I'm not really sure how to write this review. I'm not entirely sure what I just saw. In fact I'm scared that it's over and that this really is the last time we will see this universe. This might be something to revisit later on. But for now this is the best ending I could've have hoped for, and quite possibly the best "third" film in a series I have ever seen. Nolan has stuck the landing and done it without losing any of the class and power that carried him through the first two films. Before we get started if you're waiting for me to tell you if this film is better than Begins or Dark Knight, don't hold your breath I was talking to Manny and I feel it's impossible to compare the films. They are so vastly different, comparison would just yield ungrounded statements. You know what lets start there. 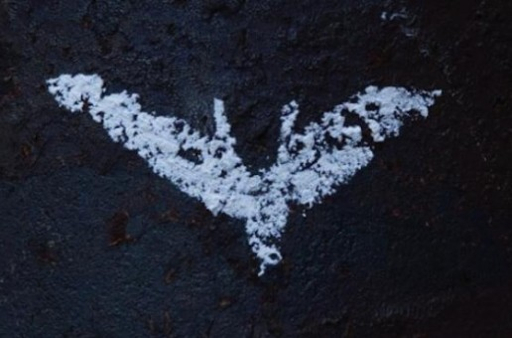 This film is something completely different for the Bat universe. It is as epic and grandiose as Nolan has been touting. It takes our beloved hero to some incredible lows and the result is easily the most emotional of the three. It completely caught me off guard in that it is such a different beast than the other two. Nolan has crafted such an incredibly trilogy that each piece stands alone as small miracles of comic book cinema, yet when combined they tell such a beautiful and exciting story that this is undoubtably the cinematic milestone of my nerd career. 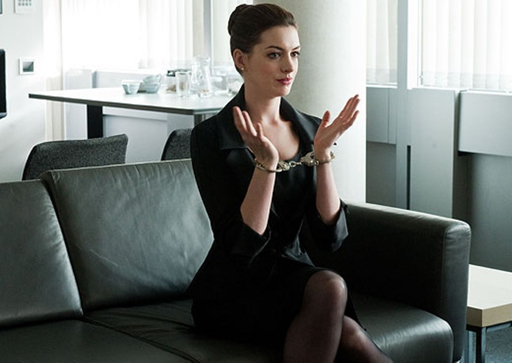 And I think that's what I've been having trouble dealing with. I can't remember a time when I've had such a personal vested interest in the characters on screen. Going in like everyone else I had such high expectations, and the film arguably delivered on that. But I can't convince myself that what I saw was that incredible, let alone one of the most incredible experiences I've had watching a film. To think that Nolan actually delivered such an incredible film is near impossible. And it's forcing me to scrutinize the film as much as possible. This has led me to two conclusions. 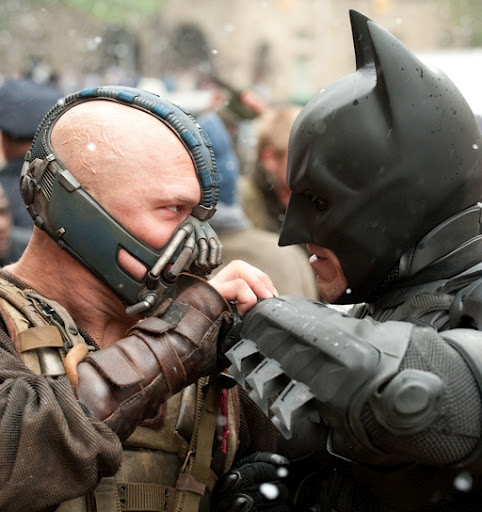 One, the film is not perfect. Especially when analyzing the plot, there's story beats that feel a bit perfunctory and act as merely a means to get to the end. Thematically the political stuff never lands as strong as I wanted it too. These are nitpicky things but when you want to say hyperbolic statements about a film it needs to hold up to the magnifying glass. I'm not going to harp on this because there are plenty of other reviews that go into detail about the problems they have with the film. 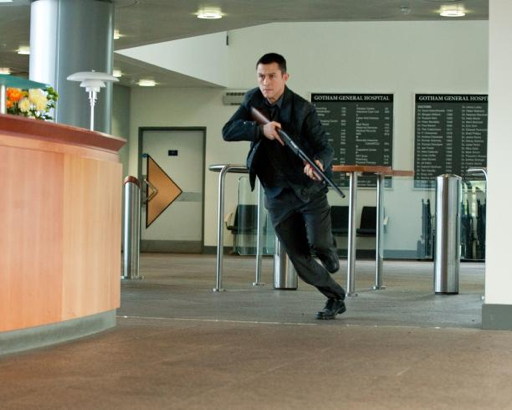 Two, this is easily one of my favorite movies of all time. There's nothing wrong with not being perfect. Because damnit the filmmaking on display is so incredibly masterful and everything Nolan s doing is like seeing my dreams come true in celluloid magic. The cinematography is just jaw dropping in what Pfister was able to accomplish. The visual tone of the film is nothing less than epic and heroic. There is so much to discuss and argue about with this film and my absurd love of it clouds any ability to really look at its flaws. 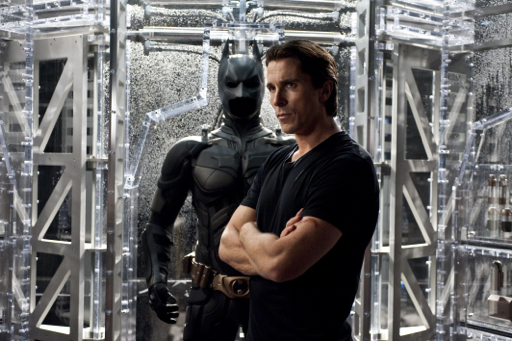 Nolan has done the impossible and brought closure to his masterpiece trilogy. Everyone is given a fitting end to their story and in proper Nolan fashion, he leaves you plenty to think about at the end. Everything comes full circle and the payoff is so incredibly emotional that I constantly was fighting back tears. Alfred's speech about Italy was such an intimate moment, and it defines how this film revels in its bombast yet soars when it plays the scene small. Nolan has balanced his characters and spectacle in ways no other modern director can. 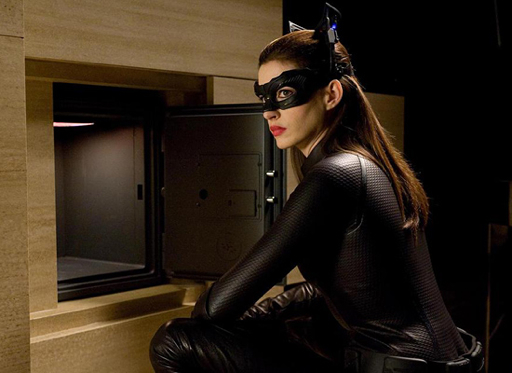 This in many ways is the loosest he's played with story, while every other piece he works on is tight and concise, this is the opposite. He lets his characters loose on the world and we see the chaos and violence that ensue. We see a sense of control lost and it mirrors perfectly Bruce Wayne's journey. Bruce was always in control and here he meets a villain that is physically his superior and while he went toe to toe with the joker, Bane is more powerful than the Bat. Bruce loses control over everything and from beginning to end we see him fight to regain his place in the world. We see a legend being forged against the fires of hell. We see legacies being created and a battle for the soul of a city carried out across time. This is the definition of broad and epic, there is no tight or concise here. 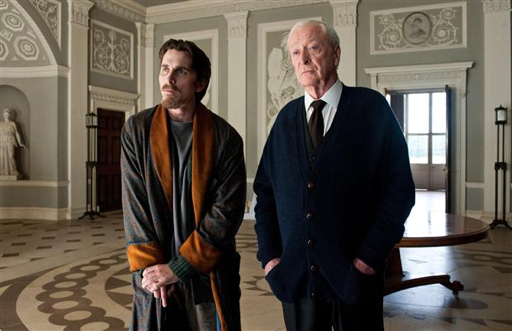 I know I keep rambling and jumping from point to point but the film struck me in such a way that I haven't been able to stop thinking about it. Flaws and all(I'll never believe Alfred would leave Bruce, or that Bruce would let him leave) this film is a living organism. Flying towards the finish line Nolan slips here and there, but the ultimate result is nothing short of sublime and brilliant. I wish I could go and on(Bale deserves a whole article focused on how amazing his work here is.) but like I said maybe I'll come back and revisit the film soon. There's one last thing I want to discuss and it gets into extreme spoiler territory. So by now I imagine most of you have seen the film, but just in case you might as well leave now. 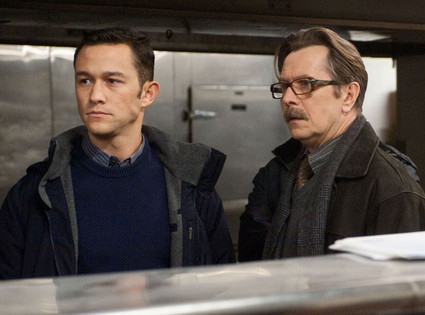 Still here? Alright. So like I said extreme spoilers. I love Robin. I always have. The definitive sidekick, Robin has been one of my favorite characters along with Bats. Representing the legacy that Batman has created, Robin has always been the voice of reality pulling Bruce back from the darkness time and time again. Stories of the student becoming the teacher have always intrigued me and I love the paternal relationship Bruce has with each of his Robins. It'd be hard to say Drake is a better Robin than Grayson, but growing up he absolutely was my favorite. I remember reading Drake' story unfold as he discovered Batman's identity and tried his hardest to convince Dick to put back on the costume. Drake was my Robin, one that was born at the same time I was reading. And now Nolan has given us a Robin that fits perfectly within the universe he's created. Levitt plays John Blake, a character who is clearly inspired by Tim Drake, with his dad being murdered by the mob for debts, and discovering Batman's identity on his own, and being a great detective. Levitt's Robin is passionate and smart, he is dedicated to fighting for justice and he does it all without the mask. It's obvious from the first time he appears that he will be the legacy Bruce leaves behind. I don't think they ever had to say the name, but it didn't bother me to use the word Robin. I did however love the few scenes we get as Levitt discovers the Batcave. These were some of the most iconic images from the series, and here we see the next generation following in the footsteps of Bruce. I never thought I would see such a great representation of Robin onscreen and here Levitt and Nolan have given us an interpretation of the character that I absolutely love. 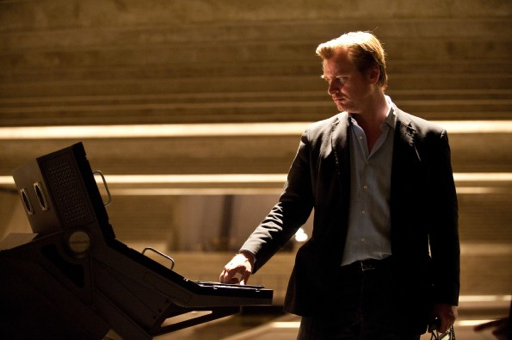 Alright I've succumbed you all to my ramblings for long enough. Completely blown away by what Nolan has done with the series. He has created a legend and it will live on in the annals of cinema history for many years. I'm still not sure if I would ever say anybody the films are better than one another, but The Dark Knight Rises is my favorite by far, and as of now easily creeping into my top ten favorite films of all time. Flaws and all the film speaks to me in that it brings so many dreams to life in ways I never thought possible. I'm sad to see it end. 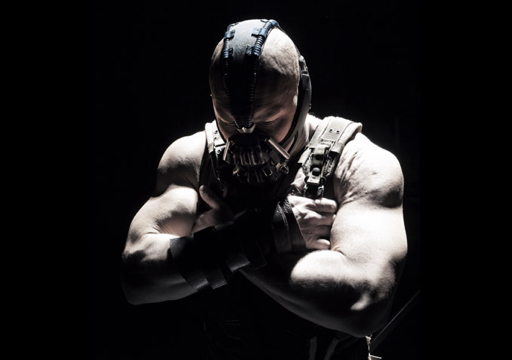 One last thought - stop comparing his work to Ledger. Hardy does amazing work here with half of his face covered. Terrifying and charismatic Bane receives redemption for Schumacher's sins.