"If he was a wee bit closer, I could lob a caber at him, ye ken:" Brave 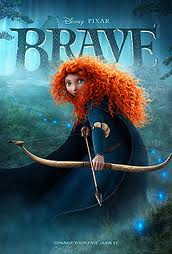 Like most, I have a fondness for Pixar films for a myriad of reasons. The most important is that they put out a superior product and simply do not keep churning out horrible sequels (Dreamworks, I am looking at you.). Sure, the have had some missteps (Cars 2) that lead you to expect more or try to hard to stretch the concepts of human imagination but for the most part, they strive to break new ground in realm of animation. Brave embodies that notion of trying some bold and different. 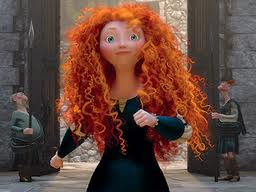 When I speak of boldness, you cannot get bolder than telling the tale of a Scottish princess from the highlands, who does not want to get married. Let's face it, this is a risky premise, you can basically right off a huge swath of your audience based on age and gender alone. In spite of my aforementioned love for Pixar, if I did not have a five year old lass, it would be highly doubtful that I would have seen Brave. Frankly, films about princesses do not interest me, even if I am huge fan of the studio or creative team developing it.

With that being said, outside of the premise, Brave breaks little in realm of storytelling. The first Pixar fairy tale is told in the vein of the fairy tales of yore. It is heavy on the moral and less on the excitement or emotional attachment of the audience. It is a gorgeous film with its own distinct humor and personality, yet there is not much in the realm of excitement. Even the sub-plot with the ferocious man eating bear seemed slightly forced and out of place within this film.

With being said, Brave is not a horrible film, it simply is not within my favorite films from Pixar. It is a extraordinarily designed film with some top notch voice acting from Kelly MacDonald and Billy Connelly. Yet, the most interesting aspect of this film and what Pixar excels at is non-verbal communication/ facial cues. Honestly, in these areas, no other computer animation production can attempt to match without falling square into the uncanny valley.

Now, the question must be posed, was Brave worth the risk associated with the story? It is a solid effort and definitely a cut above the company's worst critical outing (Last year's Cars 2). I can think of worse movies to while away the time. 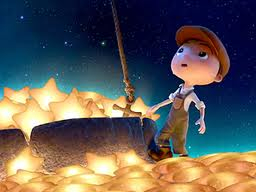 I have to admit, the main thing that gets me in the seats for a Pixar film is the short preceding it... La Luna continues that trend and gives the most interesting interpretation of the moon since Wallace and Gromit.