"Theatricality and deception, powerful agents for the uninitiated. But we are initiated, aren't we Bruce?:" The Dark Knight Rises 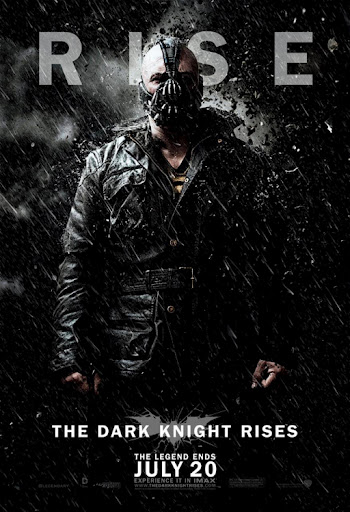 I do not know if you know this but love Batman... Not enjoy or merely like. I love Batman, so much so that every other superhero is second class. That is quite the statement considering the only genre of comics that I read religiously contain superheroes. With that being said, it is not a surprising that 3/4's of the Maus was at the midnight IMAX screening (Biggest screen in the Southwest, no less) this early Friday morning. I have spent a long four years for this moment and it was no surpise that I was grinning from ear to ear the entire time. 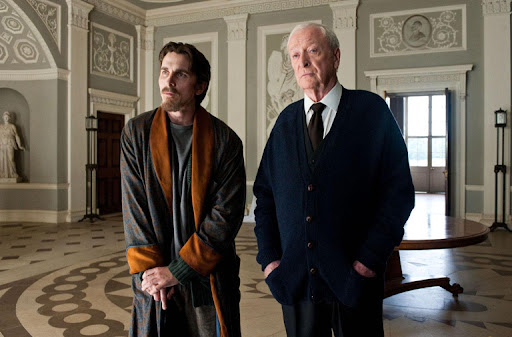 For those wondering why it has taken nearly a week to discuss this film, I did not know to approach this epic (which is the right term to describe the scope of the film) from a critical perspective. Certainly, this film is as different to The Dark Knight as that film was to Batman Begins. I am going to put it out there, this film is arguably the best film of the trilogy from all angles (Acting, writing, special effects, cinematography, you get the picture). The Dark Knight Rises is an interesting film because of its lasting impression on the viewer... Here it is about five days later and it is still at the forefront of my mind.

A lot of this has to do with the story of the film, while aligns itself more closely to Begins by picking up with the influence and legacy of that film's main villain, Ras Al Ghul. Namely, he trained Bane (as he had Batman) and the former is fulfilling the mission that Bruce Wayne declined. The interest twist to this story is that brothers Nolan crafted a film that borrows from Charles Dicken's A Tale of Two Cities and it's portrayal of the French Revolution. I am in awe by this choice, it brings an unparalleled level of intelligence to a genre (comic movies) which sorely needs it. 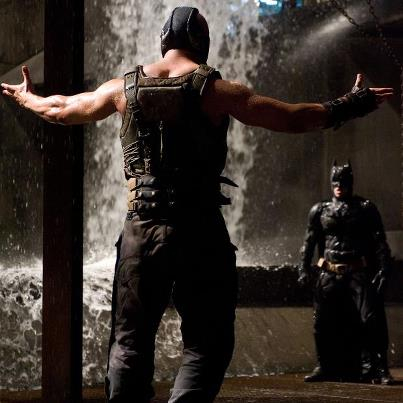 Messrs. Nolan and Nolan have crafted a script that allowed the actors really take the characters further emotional. I need only point to Alfred's speech to Bruce about Italy or Commissioner Gordon's response to Blake regarding the Dent conspiracy. Moreover, the body language and emotion shown through eyes alone by Christian Bale during Batman's first fight with Bane was gut wrenching (the man with the heart of coal almost teared up). Tom Hardy also does much with both as well considering his face is covered the entire time that he is on camera.

The last films in trilogies are usually the most difficult to create and history is rife with bad final sequels (I need not name any, we all know the ones). The Dark Knight Trilogy was in the same situation as the Godfather and the original Star Wars trilogies, stellar second film that is impossible to top. Where both of those series failed, Christopher Nolan has created a perfect trilogy, where all three films are great in their own right. The Dark Knight Rises expands the Dark Knight universe and brings it to an emotionally satisfying conclusion. In many ways with TDKR, Christopher Nolan shows you not only how to make a blockbuster but a good film as well.

Parting Thoughts:
Academy thinks this film only deserves technical awards to which Manny Funkowitz responds, "Return of the King... Come on!"

Posted by Manfred "Manny" Funkowitz at 10:14 AM