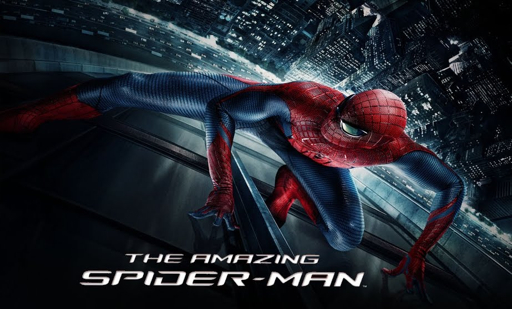 Growing up my favorite super heroes were Batman, Green Lantern, Spiderman, and the X-men. Spidey has always been such a great hero for kids to read because he is relatable to everyone. He's just a kid trying to kid through high school who happens to develop super powers. It's every nerdy teens dream. The Raimi films brought this character to life on film in a way I never felt possible and with the second film Raimi captured comic brilliance. As much of a let down as the third film was I was pretty disappointed when plans for a fourth film fell through and the producers decided to go the reboot route. After all I liked Tobey as Peter, and I loved Raimi, one misstep wasn't enough to sour me on the whole franchise. Most of all though I really didn't want to see another origin story. Needless to say as much I was happy a new Spiderman film was coming I really wasn't looking forward to having too sit through him learning how climb walls and fumble around with webbing. 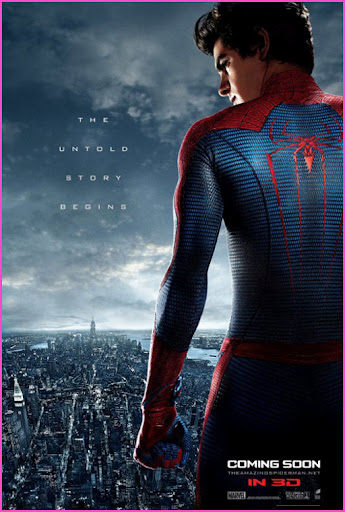 Then the casting started and I started to get more excited with Andrew Garfield and Emma Stone joining the cast. Two people I thought were perfect for Peter and Gwen. Add to that RC showed the most interest he's ever shown for a live action film, so if anything I was going to have to take him to see it. And sure enough I did and he loved it, and besides some script issues I enjoyed it as well.. More than anything this movie is striving to prove to everyone why it exists. Why we need to see this story played out that we've already seen numerous times. It fights for the right to be, and for me seeing RC go nuts for this movie I realized something. This was Spiderman for his generation. 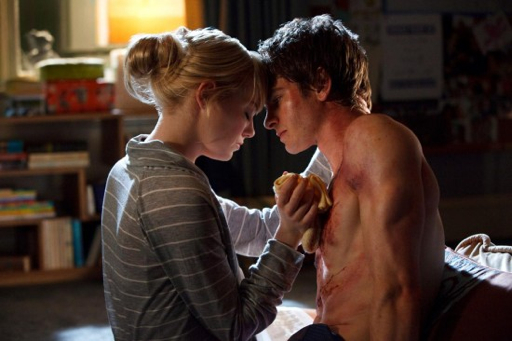 Heavy words? Well let me explain. Actually before we get to that lets get some film stuff out of the way. Marc Webb has crafted an emotionally complex film that unfortunately treads similar territory. It does it with style and dedication but as great as this cast is a part of me still wishes they just covered the origin in the credits. Aside from that, there's one or two scenes that easily could've been edited out. Tony Hawk Spiderman being one of them. That being said the film reintroduces us to an age old story and the cast is all spectacular. Emma Stone is so amazingly perfect as Gwen Stacy and her chemistry with Garfield is better than anything Dunst and Maguire ever had. Webb definitely lets you know that Parker's life is just going to be filled with heartbreak after heartbreak as he learns what it means to be a hero. 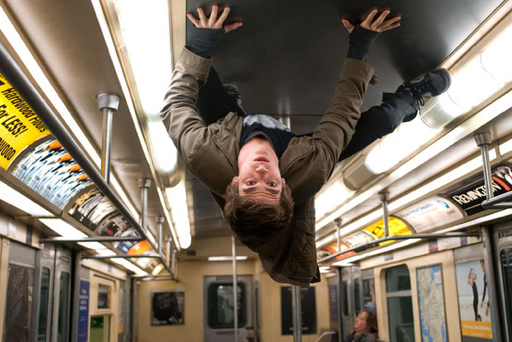 So back to the task at hand. The film tweaks the origin quite a bit, but it still manages to keep the spirit of the character in tact. Which if you've read any of my articles on adaptation is key for me. So while Peter doesn't become a wrestler, or the fact that he's now at a convenience store letting a crook go it doesn't really bother me. I love that he ends up in the wrestling ring at some point, and I absolutely love him learning to web swing with chains. 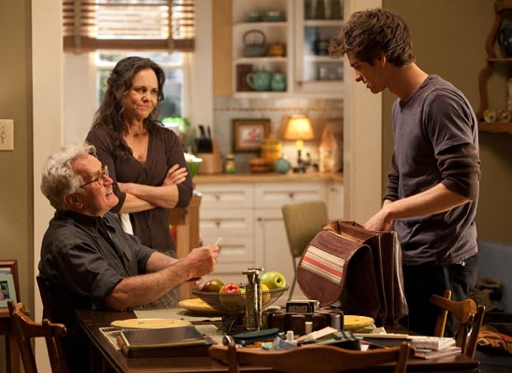 There was talk that this film was to be darker, taking a cue from Nolan's Batverse. I absolutely disagree with this. Webb shows a new generation of cinema goers what it would be like to be a hero. He spends time with these characters, constructing an elaborate universe and filling it with mystery and relationships. Everyone here is a real person. Even Flash, I love that his few moments you see that Flash ultimately has a good heart even if he is a bit of a douche bag. As much as I love Raimi, these are all moments he glossed over(sorry Alcide). Sure there is heartbreak at every turn, but that's what life is like for Peter Parker. He is constantly battling to keep both his personal life in tact while making sure he keeps the city safe. Webb is absolutely interested in this as he shows over and over the repercussions of poor time management. 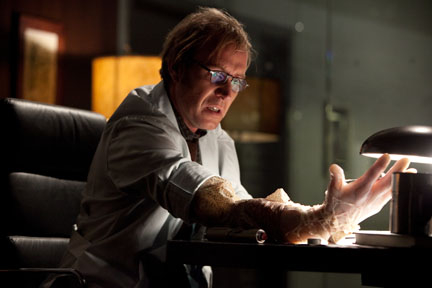 All these updates to the story come with some missteps of course. I am pretty sad that at no time does Uncle Ben say "with great power comes great responsibility", he says something along those lines, but messing with the wording feels pretty blasphemous. Also Curt Connors is so great, but when he becomes the Lizard, he begins to lose some of that complexity that made him so enjoyable. And theres no reason for it other than lizard = evil. When he was Curt I understood him and understood that perhaps he was willing to bend morals a bit in the name of science.Alas Rhys does a commendable job, but he's a few steps behind Molina's Doc Ock. 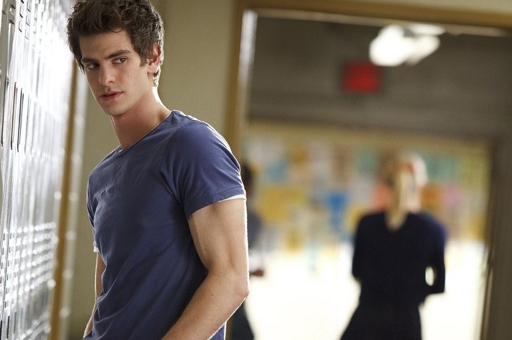 RC will forever associate Garfield with Spiderman. Garfield had the horrible job of making us fall in love with Spiderman again, and he works his ass off to make sure we do. Garfield is Peter Parker for the millennial crowd. Cell phone in hand, still nerdy but not a caricature by any means. He lives in a world where being nerdy doesn't mean you're a loser. He's not popular, and he's still an outcast, but you believe that Gwen would fall in love with him, or that Flash would actually give his condolences. It's a small departure but it makes Parker more relatable to the youth of today without destroying the inherent nature of Peter Parker. Speaking of which I am so happy they showed just how smart Peter is. The Raimi films never focused on this too much, but here Garfield is a genius. You could believe that him and Reed would hang out and talk shop. And most importantly....he's funny. It is so refreshing to have Parker crack wise with criminals. 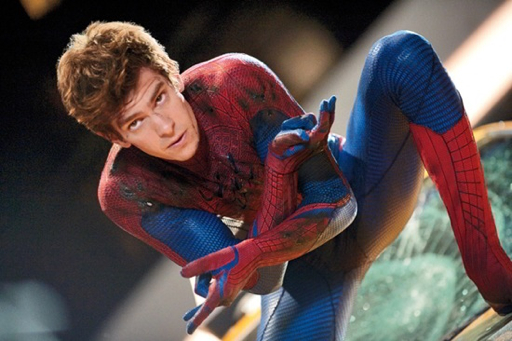 From a story perspective there are some moments that are a bit too convenient, but it is an intriguing tale that manages to give us a reason to watch it again. You know, every once in a while I'll talk to my dad about comics, and he'll be shocked at what's happening. My dad would have never dreamed that Magneto would be a member of the X-men let alone follow Scott into battle, for my dad hearing that Johnny Storm died was impossible, or that Spidey was no longer with MJ. These are all versions of characters my dad grew up with, yet completely foreign to him. In the same way this is RC's Spiderman. A new story for a new class of students to learn from the greatest form of American mythology. Webb does what he does best and gives us honest characters with honest relationships. It's a new take on Spiderman and me and my boy are both along for the ride. 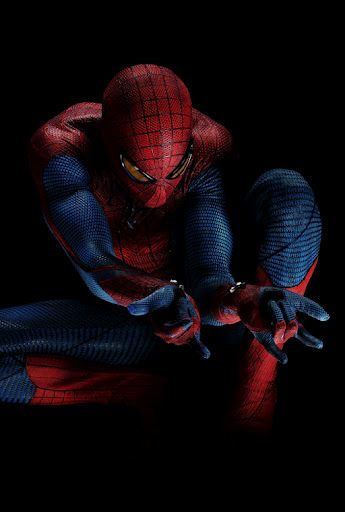 One last thought - I didn't mind that Raimi didn't use web shooters, but damn it's exciting to see web shooters on screen.