Movie Night: The Monster Squad or Post-Modernism is way cooler than Reboots 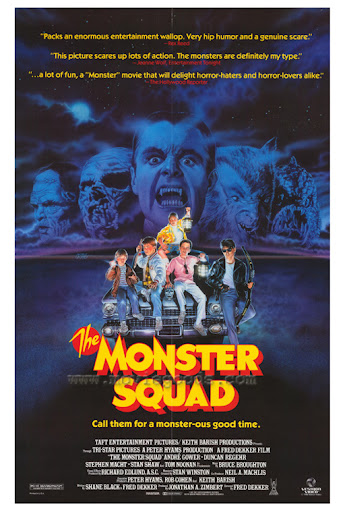 Universal is releasing a lovely blu ray set later on this year, providing us with hi def prints of their greatest monsters, and us here at the Maus could not be more excited. In fact Hawk and I were engaging in some good old fashioned social networking and discussing the set a few days ago. This got me thinking about my history with the monsters of Universal. Truth be told I did not like horror movies as a child, at least not the slashers from the eighties. My dad would praise Dracula and Lon Chaney time and time again, so they were on in some form or another throughout my childhood. But my real first exposure was the post modern mash up The Monster Squad from Shane Black and Fred Dekker. With the various reboots and rehashes plaguing our cinemas I thought it only fitting to discuss my first foray into some of the most classic film Monsters of all time. Just like my son has a new Spiderman, The Monster Squad was my introduction to these monsters that my dad used to watch as the terrorized Abbot and Costello(an absolute classic by the way and should be required viewing for everyone of all ages). I loved this movie growing up because of the way it played with horror comedy and obviously being a kid I loved the idea of children overcoming these legendary creatures of evil. So I just wanted to take some time to look at this Eighties classic. 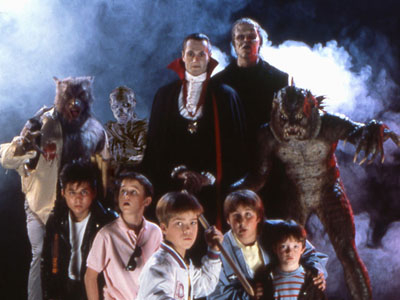 Fred Dekker loved Abbot and Costello and had the idea of doing a film in the vein of Abbot and Costello meet Frankenstein, but with the Little Rascals instead of the classic comedy duo. He went to his friend Shane Black at the time to help him write the script and thus the seed for The Monster Squad was born. Bringing the Little Rascals to modern times we have a group of relatively misfit kids that could be found in any city in America. He gives the kid distinct personalities while at once fitting them into archetypes. You have the leader, the rebel, the fat kid(aptly called "fat kid", the young one, the girl and so on and so on. 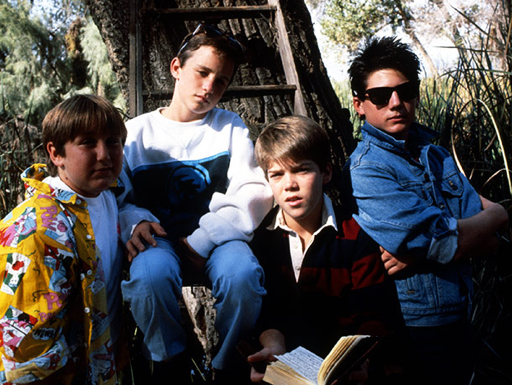 Black and Dekker made sure the kids spoke like real children. They're rude to each other, they swear, they dream big but get scared when reality smacks them in the face. Sure it's the eighties and there's plenty of cheese and amazing(not amazing) fashion, but the kids are still more real than anyone on that other Mouse network. Even the parents here are treated more than just screen filler, here they have real problems the way any couple would have. They're not necessarily headed for divorce but things aren't altogether peachy at home either. This all helps to give us characters we care about. These two know the draw is the monsters, but it's the characters that keep us engaged. They make us want to believe that this group of kids can rise up an defeat the most evil of evil doers. Otherwise you end up with soulless shine like Van Helsing. 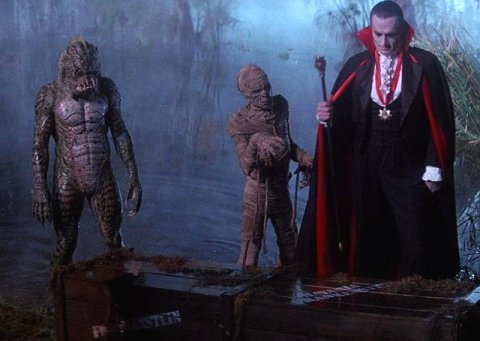 It's amazing looking back at how beloved the film is in the nerd community that this film was not embraced by Universal at all. They denied Dekker the rights to their monsters, meaning he had to be very careful at the depictions and designs of these famous foes. With the help of genius movie magic maker Stan Winston, the two took on the unthinkable task of recreating Universals legendary monsters. Dracula was obviously inspired by the Lugosi Dracula with his garish cape and aristocratic demeanor. Dracula does some severely evil stuff including calling a little girl a bitch. Tom Noonan of genre fame takes on Frankenstein and imbues him with the heart and soul a lifeless monster should have. Some great scenes inspired by the original movie get a great homage in this film, and the kids and Frankenstein walking off into the sunset is a great image. The wolf an receives a much more feral and animalistic update as opposed to the more furry man look of Lon Chaney. This another example of not holding back as a teenager is responsible for killing the wolf man. 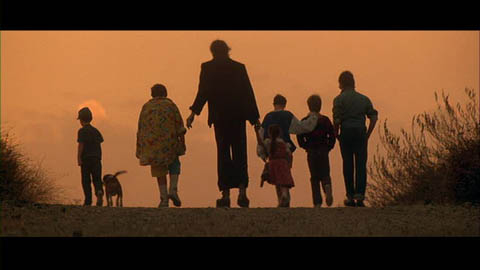 This is an absolutely wonderful childhood memory and I still love watching it today. In an age where imagination has all but died and remake and reboots are on everybody's lips, it's interesting to see how they approached such things in times past. It was never about remaking something, here it was about honoring and paying homage to these great creatures and giving a new generation their own version. You get the sense that the film is filled with love and passion rather than say the business calculations of an executive at The CW who heard of a film called Battle Royale that sounds awfully familiar to a recent hit starring Mystique and Laser. The point is there was a purity in motivations that you can feel throughout the film. It felt like it was made by a fan for fans. You look at someone like Whedon and whatever your thoughts are of his recent magnum opus, it's undeniable that he reveres the source material. A favorite from my generation, one that I'll show RC when he's a bit older. Maybe even back to back with Abbot and Costello. 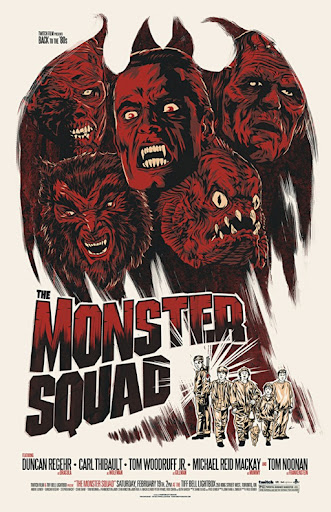 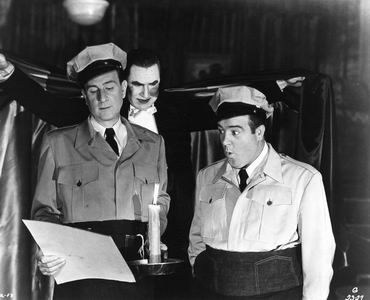