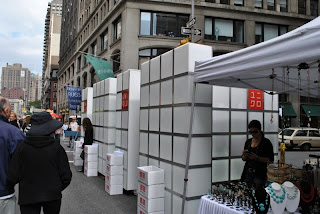 Right now there is one Uniqlo store in America. It is located in the best shopping area of the country Soho in New York City. They are now poised to open up two huge flagship locations, in Midtown and on 5th ave. If you were to walk around any two block radius or ride the subway, you would think Uniqlo is ready for world domination.

Uniqlo is a Japanese retailer specializing in basics available in any color you would want, and fashion pieces with just a hint of edge and cool. It is the type of affordable fashion that is wearable and still maintains a quality not present in the absurdly trendy H & M. Because of this it is able to reach a wide range of people and still maintain a fashion forward appearance. If you have never been I strongly suggest you check them out, if I'm not shopping at my favorite conglomerate, I'm probably shoping at Uniqlo. 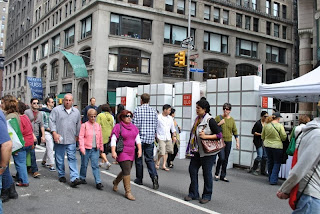 So back to world domination. Uniqlo has been stealing market share from retail staples for awhile, now with these two new stores they are in a position where they can assume control of three of the biggest shopping areas in one of the biggest cities in the world of fashion. Anywhere you go, their ads are plastered all over walls, buses, trains, billboards. They want to make sure you know that Uniqlo is going make their presence known. We are still almost two weeks away from their grand opening, and they have recently begun building even more buzz with their reinvention of the pop up store. 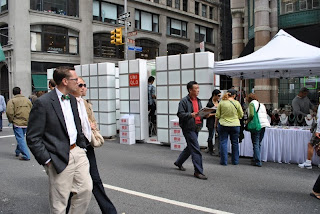 Uniqlo has created six "cubes" which travel all over New York and provide people with a tease of what's available in their stores. Each cube offers up a single program in all of their variations. Some examples are their graphic T collections, their cashmere collection, their popular heattech line, amongst others. Pop up stores have been quite popular as of late and here Uniqlo takes the idea of a pop up and makes it completely mobile. The cubes are not large but creat a strong visual impact with Uniqlos signature simplicity and stark lines. This goes beyond fashion innovation to new ways that retailers bring fashion to the masses. Offering up their wares anywhere they desire Uniqlo has made something new and cool and that kind o forward thinking should strike fear into their competitors. 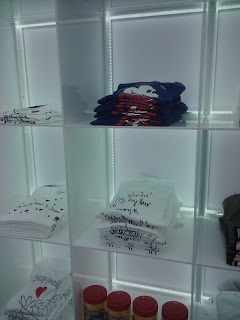 Retailers need to take chances, this doesn't mean constantly updating your look, but rather they need to find ways to stay relevant in the community. Uniqlo has invaded farmers markets and street festivals, announcing to the world to get ready because they are about to land in a big way. I for one can't wait, I could use a chartreuse thermal, and my canary yellow v neck has been getting faded in the wash. 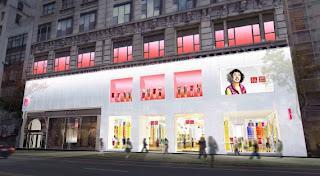 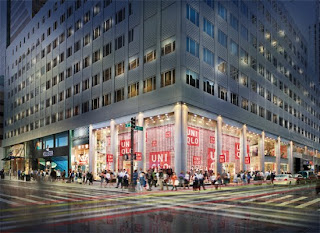 One last thought - check out the proposed storefronts to their two new flagships opening up. Just awesome.