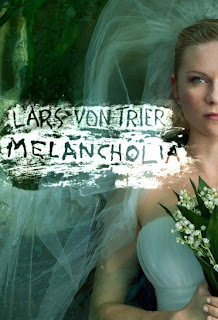 This film would make a great companion piece with Take Shelter. Both use the end of the world as a looming threat and focus on family dynamics in the face of ultimate disaster. Lars Von Trier is a controversial director, who never lets himself rest on his laurels. He constantly pushes his craft and explores new techniques in cinema. The results are often mixed, but never boring. As one of the forefathers of the Dogme 95 movement, a style of film with an absurd dedication to realism, his last two films represent a departure about as far as possible from that ideal. Manny wrote a piece about Antichrist, here, and while I disagree with his overall hatred of the film I do find the film greatly flawed, just not in the way Manny would have it seem. Ultimately, Antichrist exists as a gorgeously shot, exercise in extremity. I feel Lars was exploring a new aesthetic, while at the same time trying his hand at horror, complete with his own nihilistic views on humanity. The problem is the film seemed more occupied with how shocking it could be rather than produce a coherent product. Now we come to Melancholia, he is definitely utilizing the same aesthetic from Antichrist, with gorgeous tableaus and snail like slow motion with booming classical music, but now he has managed to back that up with substance and character. Melancholia takes those visual cues from his previous work and creates a gorgeous, unequivocal look at the end of the world and the futility of existence. 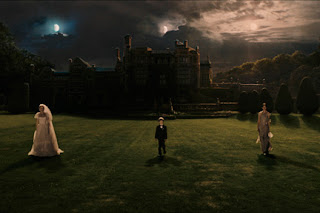 Like most of his works I imagine this will divide a lot of people, and even those who enjoy it will take something different away from it. My take is that the film discusses the futility of existence, and as such there is no escaping the sadness and suffering of modern life. More importantly, all those secrets and lies we tell each other will always come to the surface and as our end approaches we might as well accept truth rather than find ourselves at our demise in even more suffering than is necessary. 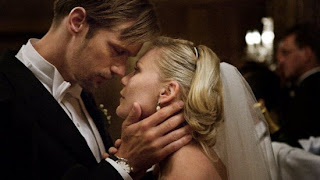 Lars tells this story with a deft hand and in the first half of the film, shows us the dissolution of marriage before it even had a chance to begin, and in the process introduces us to each of our main players. From the side comments the characters make to each which change immediately with the arrival of a new character in to the scene, to the extremely awkward "congratulation" speeches, we see the way each character acts towards each other, as well as the real feelings each character has. Not only that the wedding introduces each of our characters flaws, from Kiefer's necessity to be in charge and complain about the whole time, to Justine's(Kirsten Dunst's) festering depression which builds and builds at the wedding until she becomes a black holes and engulfs everyone around her in negativity.

The camera moves swiftly here, jump cutting to avoid filler, and to give us added awkwardness as scenes change rapidly. Lars is interested in the small conversations, these thoughts hidden underneath that when announced become viruses that infect everyone. Strong performances all around, with John Hurt knocking the promiscuous father out of the park. Dunst won the award at Cannes for her performance as Justine, and for the first half alone she should have won. Her character begins the reception out as all smiles, and slowly slowly she begins to disintegrate into a ball of depression and frustration. Gainsbourg and Sutherland set the tone as the family members trying to keep the peace between everybody when it's obvious they all "hate" each other. I could spend a whole article deconstructing this half of the film, but I'll move on. 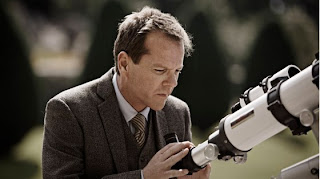 So as the wedding sets up everything fo the film from characters, theme and of course our own impending doom first rears its ugly head, the second half shows the aftermath of Justine's extreme depression and Claire's growing fear of annihilation. Again we have Claire, Gainsbourg's character and Kiefer constantly deceive each other, not from lying or adultery, but in the way they feign amorousness or even Kiefer's assurances that the planet will bypass them. It is the subtle deception over time which has led to their current state of malaise.

It is here where Trier makes a bold claim, that while Justine is depressed to an extreme, she is the only in the film who is honest with herself and accepted her fate. Claire continues to deceive herself and the moment her revelation hits that the end is coming, she begins grabbing at straws. Attempting to literally run away from her fears, and Justine is the only level headed one to say "driving away won't save you." 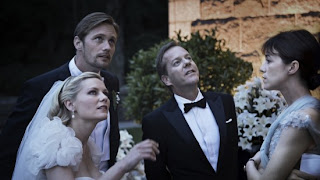 I'm going stop rambling on, but first I want to discuss the opening scene. In Antichrist the opening scene was done in extreme slow motion with a crystal clear image put to classical music. It also was the prologue to the film. Here he steps it up, he shows us gorgeous imagery and rather than have this be the prologue I am led to believe that this is Justine's dream. We see the themes of the film played out metaphorically, as each image can be dissected or seen as foreshadow. Some of the scenes play out in a literal fashion and others leave it open to the imagination. My favorite being Claire running through the golf course and her feet sinking into the ground, seemingly creating huge holes with each step. Showing us just how much that which lies underneath drags us down, and ultimately how much it leaves traces everywhere across your past. It's a simple shot and not as breathtaking as Justine running away being held by branch like things, or Justine doing her Ophelia impression, but it tells the whole movie in a simple beautiful way. 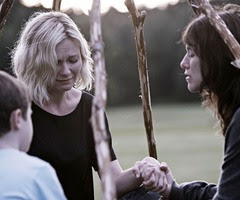 Lars Von Trier has made a great movie. I knew he could, I just haven't seen him do it in awhile. Definitely not a happy movie, but I would argue that the last scene is one of hope. That we are infinitely intertwined, whether we like it or not and that ultimately there is no need to hide from each other. I personally started shaving some sticks yesterday.

One last thought - this s available on demand....but unless you have a great set up I strongly suggest you check this out in the theater.
Posted by Bence at 10:14 PM