Spring Movie UPDATE The Cabin In The Woods 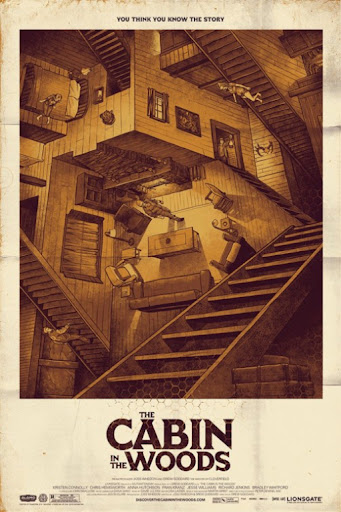 I love this film. Whedon and Goddard have crafted something different and unique that plays in the horror sandbox, and the result is one of my favorite films of the year so far. Their is so much energy permeating off the screen from the first frame that you can't help but sit back and enjoy the insanity that plays out in front of you. The film is about as heavy as they come in metaphor, while at the same time giving you an entertaining and engaging surface story. I'm sure by now if you're the type of person who would go see the movie then you've probably heard its best not to read anything before you see the movie. So if that's the case I suggest you stop reading now, and come back later. 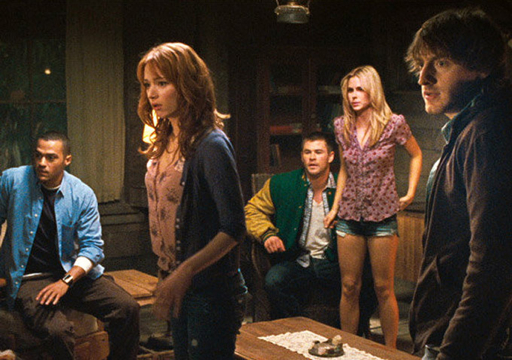 Alright so simple plot, five friends go off into the woods for a weekend of drinking and debauchery. After one particular night of much drinking and some good old fashioned truth or dare the friends begin to be picked off one by one by a family of redneck zombies. Easy enough? Well there's a parallel plot about a group of office drones who actually open up the film and they appear to be pulling the strings and causing all the tragedy that befalls our young heroes. There is constant talk of grander machinations at play and hints at a global influence of these worker bees toying with our plucky hormonal co-eds.

There have been many who liken the film to the first Scream, and I go back and forth between how I feel about the comparison. Ultimately if you want to say that all movies that attempt to deconstruct horror films down and expose the various formulas that lock these films down, then yes this film is like Scream. While I thoroughly enjoy Scream, I think this film subverts the genre in a much more skewering way. The script itself has nowhere near as many wink wink gestures to the audience and the characters never discuss the ridiculous situations of horror films only to befall the same deaths a few moments later. No this film is much more high concept than that. 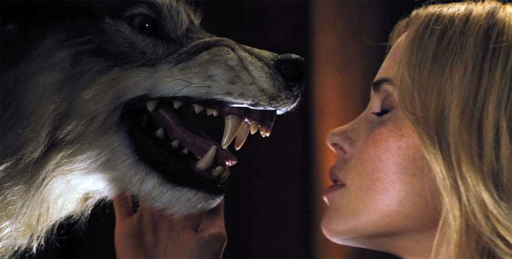 Goddard and Whedon litter the film with symbolism and metaphor and it never comes off as too pretentious. The film discusses formula and genre tropes, and lengthy discussions of archetypes but the approach is played so straight without any irony. That's really the big difference here. There's plenty of cynicism here but nothing really dives into irony or even self awareness. In fact quite the opposite, the cast is oblivious to their situation and as revelations come about in the third act the performances play the shock value perfectly. 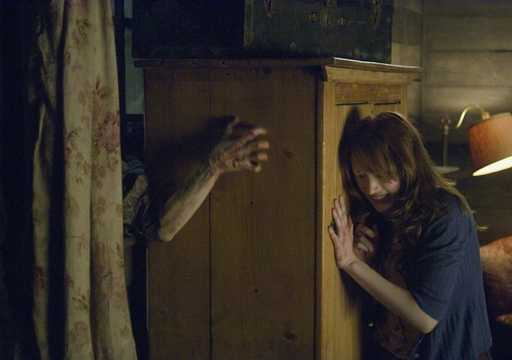 The last thing I want to talk about is its approach to perception and expectation. There's plenty to write about with this film including its myriad references to the horror genre especially during the Purge, but this one stuck out to me as being especially interesting. The movie starts off and we are introduced to our five characters, it's fairly obvious what "roles" they are supposed to be, but none of them fit perfectly into that peg. The athlete is on an academic scholarship, the slut isn't really a slut she just dyed her hair blond, the virgin, well , isn't a virgin, and so on. As the movie progresses we see them forced to accommodate a more black and white role in order to fulfill our expectations. It isn't until we the audience can perceive them as the archetype characters they are supposed to represent that the mayhem can begin. This idea of deconstructing the formula is taken to such a minute level, that we see the machinations behind every poor decision, and scenario we've all come to love from horror. For instance we see that after a lengthy round of zombie killing one of our heroines drops the knife that was her only defense. It's a stupid decision that we see over and over in films, but here they switch it up with some quick cuts. So after she's done killing some zombies, one of the "puppeteers" flips a switch and we see a small electrical shock zap the knife out of her hand. This is all done very fast and without any sort of attention drawn to it, by here Whedon shows that this decision is of course SO stupid that the only way someone would actually let go of their weapon would be due to interference from a third party. 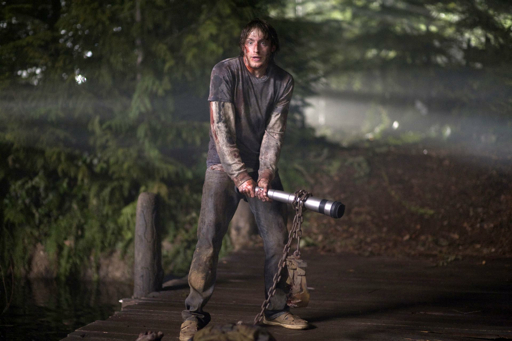 There's a quick bit that seems to be commenting on our desensitized nature when it comes to horror films. Goddard keeps it tight and tense when the zombies are attacking. He shoots it like a horror film and we see blood and gore and people are crying and they're scared. But when they cut to the office drones controlling it all, everyone is celebrating and drinking and couldn't care less that the monitors all show our characters getting slaughtered. It's an interesting scene that I wonder if Whedon wasn't making some point about the way studios churn out horror flicks with no seeming regard for quality, just as long as they follow the "formula". It's this play of perception that is looped through the whole film and we see how perception warps our expectations and in turn what we see on screen.

Like I said I could go on and on about this film and who knows maybe I'll do a piece discussing this, Scott Pilgrim, and Jarhead one day. For now though this is an amazing film that takes the horror genre and breathes some much needed life into it. The movie itself isn't scary, but Whedon and Goddard play up the gore to any horror fans desire. Alright Whedon, one down, I know my companions don't believe in you, but I'm hoping you knock it out of the park in two weeks. 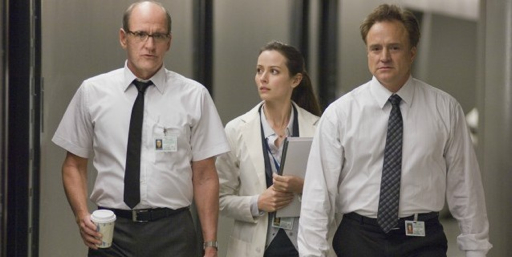 One last thought - yah, these guys absolutely steal the show. I'm sorry I didn't discuss them more, but they both are hilarious and work great together.