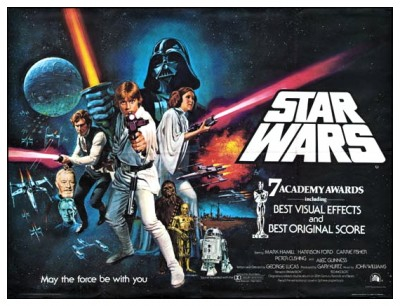 If one considers the impact of Stars Wars on my life, it is a surprise that I am not presently living at my mother's while tipping the scales a neat thirty stone. Thankfully, life did not turn out like that. All I carry from my over-zealous Star Wars fan days is my love for the films and a closet of action figures. Now, many years later, it is time to expose the film series that took me to a galaxy far far away. Needless to say, I was slightly nervous that she would simply be bored or write the film off as lame, which was her reaction to Citizen Kane. 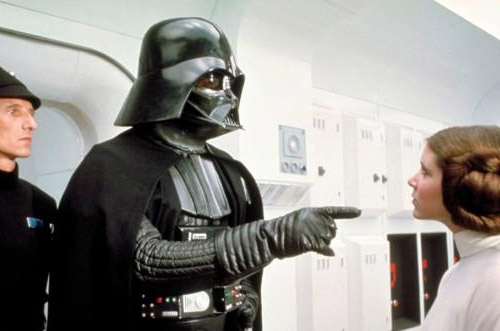 Since had to have been on a desert island or living under a despotic regime to not have heard or seen Star Wars. For that reason, I will not force you all to sit through a synopsis of the film. As with the prequel trilogy, I approached this film with the mindset of someone who had not seen the film before. This is quite difficult considering that I have seen the film dozens of times and have a "history" with it.

Basic psychology aside, there is not much that I do not like about this film. Sure, I still think the addition of dewbacks in the storm trooper scene in the Tattoine desert was ego stroking on the part of George Lucas (as was his reason for doing it). There is the contention of Han and Greedo shooting at the same time mishegas and frankly, this is the only piece of the added three minutes that continues to stick in my craw (It does not make any rational sense). It must be my old age but I can say that I have come to terms with the special editions, even though most of the special effects (from the 90's mind you) look dated now. 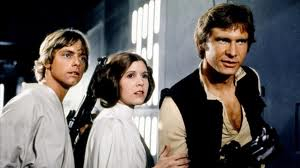 The aspect that stood out most for this viewing of A New Hope was the editing. This film has many quality aspects such as the cutting edge special effects, solid dialogue (an overall compelling but borrowed storyline) and Alec Guinness but all of these aspects pale in comparison to the editing. Hawk and I have had many conversations about the editing and I am curious to see the train wreck that was the rough cut.

To take this RETROspective full circle, A New Hope or Episode IV (as my fellow nerds refer to it) and it is an approachable film for people of all ages. I may have sold my daughter on it with the talk of a Princess but by the end she was firm fan of Han, Chewie and even old Obi Wan Kenobi. It should be mentioned that the latter's death was taken hard... I shudder to think how she will take Yoda's death. In the end, it warms the cockles of this man's heart to see my kids enjoy this film as much as I did way back when.

Why was Chewie not awarded a medal like Han and Luke. There is no way he did not earn the same level of kudos that his human counterparts received. What a gyp. Poor Chewbacca... You are aces in book.
Posted by Manfred "Manny" Funkowitz at 8:29 PM