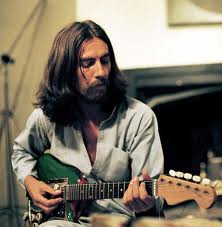 Another week, another New Tune Tuesday a few days late and a few dollars short from a trip to the record store. Anyone, it's a light week but there's still a batch of fresh ear bud you may want to stick your hands into your pockets for...oh, a quick stop by the news blender...

JACK WHITE gets FIRST #1 Album
Jack White's solo-debut LP Blunderbuss had a very solid first week, at least for the modern digital download age, selling nearly 140,000 units and opened at the top of the Billboard 200 charts. The interesting element here is it's not this being Jack's first solo record, but his first trip to this spot, the closest he's come in the past is 2007's Icky Thump from the now-defunct White Stripes, which came in at #2. It's sort of a showcase of the modern music industry when a guy who, love him or hate him (and I've done both concerning different things he's done or said) is one of the more prolific and respected musicians of the era, a multi-Grammy Award winner, to be someone who hasn't gotten quite the respect he deserves on the sales side of things. I reviewed Blunderbuss HERE and have to stand by that review, this is a very solid record and White's best work since 2005's White Stripes outing Get Behind Me Satan, and ends a creative slump he's been in since basically 2007 when the White Stripes stopped touring. I'm not slouching on The Raconteurs second LP, but that allowed the crutch of a group effort.

RELEASE OF THE WEEK (5.1.12): Living in the Material World: George Harrison 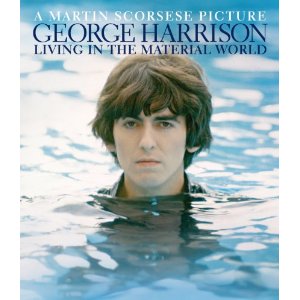 Martin Scorsese did it not only once, but twice this past year: He was at the helm for his first 3D picture (which he recently said he wishes he could of filmed almost all his films in 3D, yeah, okay Marty) Hugo, which I found to be his freshest film in almost a decade. He also put out his long in gestation bio-pic on George Harrison, which not ironically is the best rock-doc the world has seen since 2005's No Direction Home: Bob Dylan which was also helmed by music-buff Scorsese. Truth be told, most credit (on both of those rock-doc's) to editor David Tedeschi (just look how quickly Scorsese credits this man in ANY interview or speech he gives in recognition of those films, not to mention how prominent his editor's credit is in the credits) as he put about 9-times the amount of time into these doc's as Scorsese did. Scorsese's brilliance comes in helping come in occasionally and help shape the film with his filmmaker eye and ways to move the story in different directions, and then having his name on the box to help it sell. That isn't to undersell his work on the doc's, but it's more him coming in and throwing in ideas and helping get it over creative humps, and having the ultimate vision of this story being about the life and death of Harrison, not dead and death so to speak. It's a celebration film, and looks as things like the break-up of the Beatles as not a cultural heartbreak so much as a chance for George to shine with his genius melodies and move past getting to just do one son an album. It was this ultimate "plan" for this documentary that got Scorsese the job, as when he pitched it to George's widow, she dug and went along with it, despite having turned down a number of biopic proposals after his 2001 death. The worst thing I can say about the doc is the same I can say about No Direction Home, and it's that if you're a HUGE fan of either of these artists, there's a good chance you're not going to learn much. BUT, the footage you see more than makes up for that fact. Whether it's George jamming with his son as his son tells of the day his Dad became "cool" and more of a friend to him, or footage of the Beatles you may have forgotten or didn't know existed, you can see how Scorsese in essence had a treasure trove of footage at his fingertips on the Avid. In the end, this three-and-a-half-hour doc on my favorite (and most underrated) Beatle makes the Imagine rock-dock (on the most overrated Beatle) look archaic by comparison. My only complaint, is unlike the extremely packed bonus section of No Direction Home, we don't exactly get a lot of bonus stuff on the DVD or Blu-Ray. 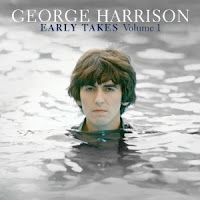 Early Takes Vol 1: Music from Living in the Material World, George Harrison
Sort of a quasi-Bootleg Series release of sorts for George, we have ten, yes it's aptly titled, early takes of some of his best known songs ("My Sweet Lord," "All Things Must Pass") or covers (Dylan's "Mama You been on my Mind," Pierre Delanoe's "Let it Be Me") that are used in various capacities throughout the film itself. It's only ten-songs, but ten good songs they are, and for songs that later takes (so to speak) are better known of, it's always nice to see the creative process of an artist of George's stature and talent. It's "Volume one" moniker is interesting in that it leads us to believe more releases are coming down the pike, we can only hope so.
Available on: CD, Vinyl, MP3 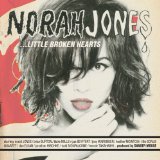 Little Broken Hearts, Norah Jones
I won't lie, I was expecting more, and when I saw Danger Mouses' name attached to being producer, I was worried. My fears were well warranted it seems, though it's not as bad as his work on the two recent Black Keys records, it still is not the work I would classify as top-notch producing. The other part is sadly coming after her excellent record The Fall, the songwriting isn't as strong here. I'd still probably give this release a 3/5 but I like Norah a lot, and despite some uninteresting tracks, this is still a solid release that most fans should at least at worst enjoy, as long as they can go along with her trying some different things on this release. It's good, I just can't qualify it as great.
Available on: CD, Vinyl, MP3

TRASH OF THE WEEK: 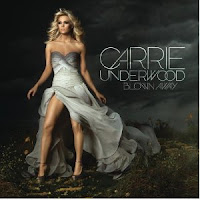 Blown Away - Carrie Underwood
I'm blown away by what qualifies as "country music" these days. Gone is the stripped down emotion and personal storytelling of the early greats. What we have here is failed pop-stars with a banjo. This isn't country music, this is twang-pop. If you like that, you'll love this. But this isn't country music, this is someone who found a way to win a "we can't play instruments ourselves so we're gonna go on a Karaoke show" by trying a gimmick no one else was doing, and has run with it ever since. I'm not blaming her, I blame the industry of country music. Hank Williams SR. isn't in the Opry but this bum is. YAWN.
Available on: CD, MP3