" My friends, I address you all tonight as you truly are; wizards, mermaids, travelers, adventurers, magicians... Come and dream with me:" Hugo 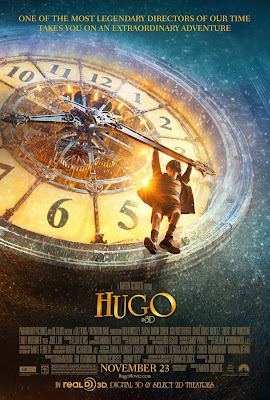 For a long and glorious while, I made my living shelving books. It was honest job for an honest man and it paid a serviceable wage. While toiling long hours in the labyrinth of shelves or "stacks," I constantly came across a tome by the name of The Invention of Hugo Cabret by Brian Selznick. A man does not forget the name to such intriguing pieces of literature and after seeing that Martin Scorsese is adapting the book for the screen, a man takes notice. Life unfortunately (for one reason or another) kept from watching the undisputedly the best film of the year. Tinker Tailor Soldier Spy, bad news chummy, you best shuffle down the street as I rescind your number one status for 2011. While it is a shame that it took five or so months to see Hugo, it was well worth the wait. 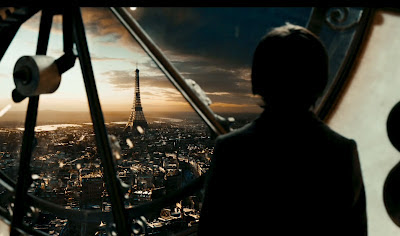 Hugo Cabret (Asa Butterfield) is an orphan, who lives in the Gare Montparnesse train station under the absent eye of his drunken uncle who minds the clocks. After his uncle's disappearance, Hugo takes over his role of tending to Montparnesse's clocks and resorts to thievery to not only survive but also to gain parts for the automata that he and his father were repairing before the latter's death. While attempting to filch some assorted mechanical gears and trinkets, Hugo is caught by forgotten French cinematic great, Georges Milies. During the ensuing hubbub, Georges (Ben Kingsley) is forced to remember his past when he leafs through Hugo's notebook and catches a glimpse of the automata. Ultimately, it is through each other that both Hugo and Georges realize their purposes in life.

Hugo is a rare film in that it dares to be extraordinary and does not fail when it tries to deliver on the promise. There is an attention to detail at every level of the filmmaking process that is relatively unseen within mainstream cinema. It is a exquisitely shot film and it truly makes Paris look like they city that inhabits my mind. It is a film that immerses the viewer in the both the setting and the time period. When discussing the film, many have felt that it moved at a snail's pace and I disagree with that. John Logan crafts a world that when envisioned on the big screen, I cannot see why one would want to hurry out of it.  Hugo is the film that I wish had existed in my youth. Sure, we had Spielberg's film but what Scorsese did with one film, Steven Spielberg could not do with twenty. 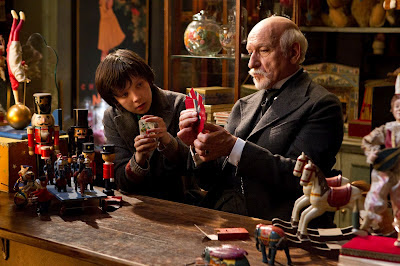 In all likelihood, Hugo is a film that is wasted on the demographic that it was marketed to. For me, it reminded of my wonderment of the cinema as a child and the carefree approach to life taken by Hugo Cabret. Yet, at the end of the film, it is apparent that the people who will enjoy this film most are closer to that of Georges than they are with eponymous hero of the film. I empathize with Milies' aversion to remembering the past. After all, it is folly and memories long past... Are just that, gone. Hugo is a triumph because it successfully returns us to our younger years cinematically without feeling like a cheap recreation or homage. It reminds us that film can be great and intelligent without ridiculous special effects or gimmicks.

Parting Thought:
Martin Scorsese truly is a miracle worker, not only did he obtain a great performance from this man, he made me not want leave the room while he was on-screen. 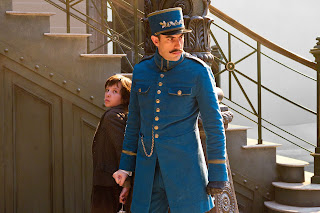