Sherlock puts CSI in their place. 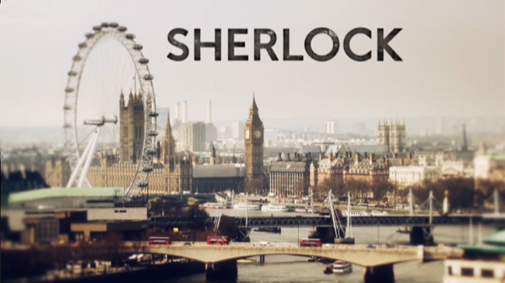 I don't even mind the Guy Ritchie films, and love Jude and Robert working together. But as good as their chemistry is, Steven Moffat has created a better interpretation and brought Sherlock and Co into the modern age. The series rests on the shoulders of Freeman and Cumberbatch and the two pay respect to the source material as much as they are making it their own. This series takes some of the most famous Sherlock Holmes stories and adapts them into the modern world. The series is at once reinventing and paying honor to Doyle's tradition. It is through this the combination of reverence and wit that we are gifted with an impeccably acted detective series full of more mystery and intrigue than any of the semen soaked bores of CSI. After a successful first series the show returned a few weeks ago for round 2. The show consists of a three episode season in which each episode adapts a single story into one 90 minute film. It's an unusual way to approach television but it allows the stories to truly develop and each stands alone as a great piece of television. I want to look at some of the highlights from the second season. 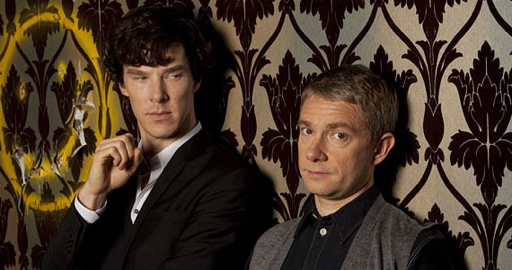 The first season was about building up the character of Sherlock, by giving him a partner and offering his first taste of success and popularity. We are introduced to the machinations of this world in which Sherlock uses a cell phone and a pocket magnifying glass. We also get our first interaction between Holmes and his arch nemesis Moriarty. The second season then took everything and began looking for cracks in his armor. He was untouchable in the first season, we see a bit of challenge from Moriarty, but for the most part Sherlock sails through with the typical confidence he is known for. Now in this second time around he has begun to build a rabid following thanks to Watson's blog in which he recounts their adventures. These three episodes are all about the failings of Sherlock. Each episode creates a sense of doubt within him, leading to the extremely emotional finale in which literally everything is put into question. It's an amazing character arc that Cumberbatch pulls off masterfully. After working so hard to make Sherlock a machine, he works equally as hard showing the humanity seep through more and more. It's a season in which he is broken down to his lowest part, and by then the audience is completely in awe of the journey and wondering what possibly could come next. 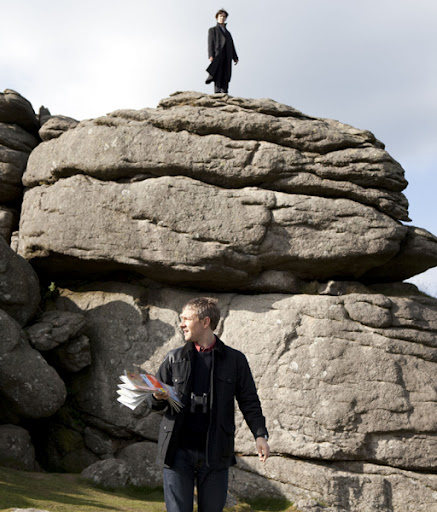 Moffat puts together an amazing cast and thanks to some stellar writing the cast all has plenty to bite into. Cumberbatch plays Holmes as a human computer. This isn't the insanity of Downey or the conservative Basil Rathbone. This Sherlock is incredibly confident, and almost devoid of emotion. They play with his addiction to the "game" quite a bit, but the real pleasure of the performance comes from Cumberbatch ever so slightly revealing Sherlock's flaws and actual feelings. The episode with Miss Adler offers up some amazing chemistry and you can see the joy on Sherlock's face as he goes toe to toe with "the woman." Here we have the first example of actual attraction(unless you want to take the homoerotic approach between him and Watson) and its a great way to start the season. It completely sets the tone for the rest of the season. We have Moriarty in the background plotting, and we see Sherlock challenged for the first time. There's even numerous metaphors about Sherlock going to "battle." Throughout the season we see the challenges come ever so close to breaking Sherlock down and here we see the beginnings of that challenge with playful competition, to the finale on which Sherlock realizes, he needs those around him in order to persevere. 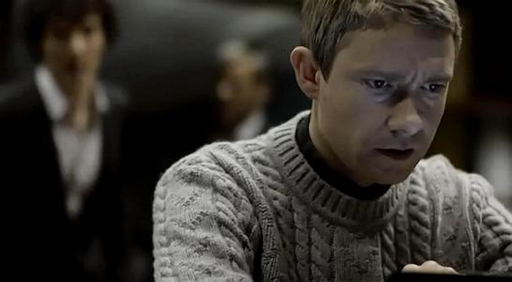 What would Holmes be without Watson? I loved Freeman on The Office, and as charming as John Krasinski is, Freeman's Tim will always be my favorite iteration of the character. He brings with him that pitch perfect sense of timing and creates a world weary Watson that is finding a new lease on civilian life. Watson and Holmes always have a strained relationship, but beyond anything they are brothers and would do anything for the other. Here as frustrated as Watson gets, he never plays up the angle that he's tired of being his friend. Even in The Hound of Baskerville, when Sherlock experiences doubt and goes on a vicious verbal tirade, Watson never skips a beat and stays by his friend. I love that this version of Watson has just as much importance as Sherlock, Watson is Holmes' protector and we see that from the first episode of the series with his crackshot aim, to the present where he is there at every turn whether it's staging diversions, or protecting his feelings from the one woman he seems attracted to. His speech at the end of the finale is incredibly endearing. It's a great moment that shows even in the worst of circumstances Watson stands by his friend. 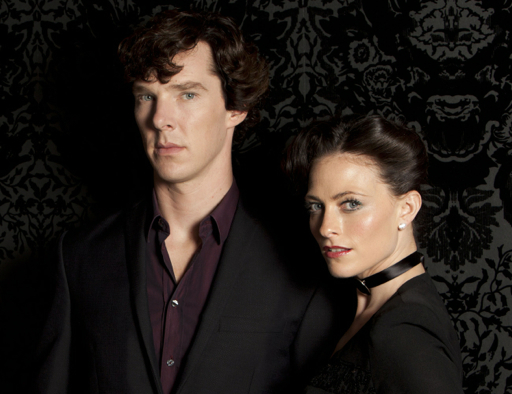 The show contains visual flourishes throughout representing the inner workings of Sherlock's head or the various electronic dialogue that goes on. Watson makes their success based off of his blog and I love the relation between text and the cases he solves, constantly coming up with some clever names popping up on screen as we see clips from many of his cases. We even get a tongue in cheek version of Sherlock in his trademark hat. When the show starts discussing Sherlock's mind palace it begins to be a bit much for me. The visual cues as to what Sherlock is thinking work great in their on the fly nature, having something so defined and explained it becomes less interesting and too gimmicky. It's a small complaint for an otherwise beautifully made show. 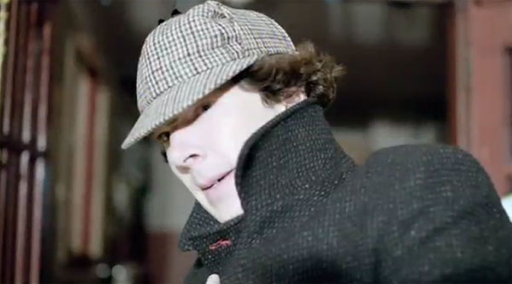 If you haven't yet discovered Sherlock you should start now. It's a well written, witty adaptation of a beloved character. With compelling storytelling and great acting the show elevates itself above any other modern day mystery show. Moffat has made an iconic interpretation and on that I hope we continue to see more of. 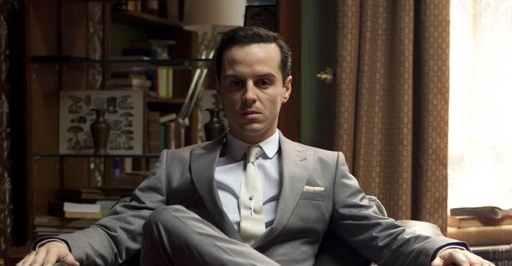 One last thought - Andrew Scott gives us a deranged and insane Moriarty, seemingly bored with existence and thus he decides to play games with people's lives. He is a great foil for Holmes and the most unique interpretation of the character I've seen.