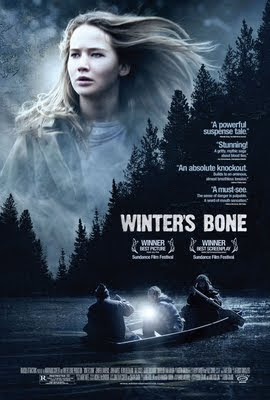 This film kind of fell by the wayside like many other films that I had wanted to see but for one reason or another... Had not. I suppose it was not in the stars at that point. Personally, I blame the city of Tucson and like always, it plays the role of scapegoat wonderfully. Anyway, I heard a lot of the buzz associated with this film and I was intrigued. Surprisingly enough, I suggested the film to Lady Funkowitz who agreed to watch a few minutes and ultimately watched to the entire film. This was surprising because she rarely enjoys the film that I do. 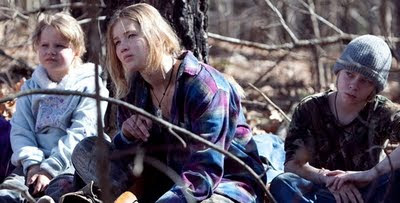 Winter's Bone is the altogether depressing tale of Ree Dolly, a youth of 17 who has responsibilities far exceeding her age. With the absence of her meth cooking father and her mother in regards to consciousness, Ree is forced not only to raise her brother and sister but attempt to ensure that the household runs smoothly. This hits a snag when her father does not go to his court date and the house (which served as the means for his bond) is being threatened to be taken away in seven days if Jessup is not found. Ree sets out on a quest to find her father but honestly, the odds of finding him seems kind of slim.

To say that this film is depressing would an understatement. I can imagine this situation playing out where the older sibling is taking care of everything (of course, not all of those parents would be catatonic or meth cookers) and this has to be a difficult one for them. You get this notion from Ree, who hopes to join the Army, presumably because it has a future but attempts to later in hopes of getting the bonus money for her house. It was hard not feeling sorry for Ree from the perspective of that she is never going to leave the Ozarks and ultimately will not have a life of her own until her siblings are raised. 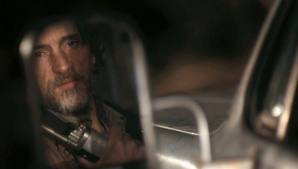 The heart of this film is the acting and the two principals Jennifer Lawrence (Ree Dolly) and John Hawkes (Teardrop) are nothing short of amazing. Lawrence's performance is really lowkey in the sense that none of it seemed forced nor over the top emotion. Ree as a character is kind of stoic considering she does not buckle under the pressure of her situation nor break down in tears. I am a huge fan of John Hawkes from his work on Deadwood and it was interesting to see him play someone who is lacking in the morals department. He redeems himself by the end of the movie but he never will be the good guy that Sol Star was. 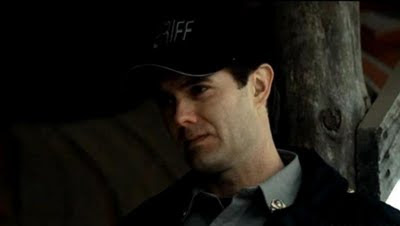 I thoroughly enjoyed this film, it is hard not to recommend to others considering the story and the level of acting. Plus, it is not every day that we get to see Garret Dillahunt kick butt in a movie. It is kind of a shame that he is relegated to such things as Raising Hope but that is a story for another time.