Put Another Log on the Fire of Crazy That is PETA

Sports like most things here in the Copper State is slightly backwards. The city continues to bask in their World Series glory from a decade ago and well since Kurt Warner left, the Cardinals have returned being subpar. The former of these professional sports teams, The Diamondbacks are quietly making a strong push into the post season. Last Friday, Lady Funkowitz and I went to watch them clinch the division against the San Francisco Giants. 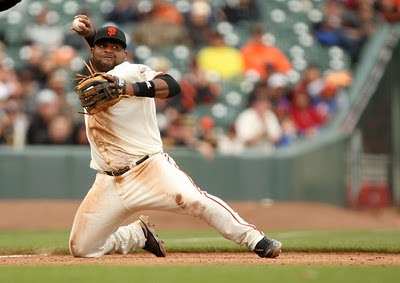 Pablo Sandoval: Owner of worst moniker in sports
While we were at this game, some walking stick was wearing a panda head hat, which lead me to exclaim "what's all this then?" After googling it, it turns out one of the Giants (Pablo Sandoval) has the nickname of "Kung Fu Panda" and thus explains the panda hat. While, an altogether ridiculous nickname, I was pointed towards a far more ridiculous news story involving PETA. 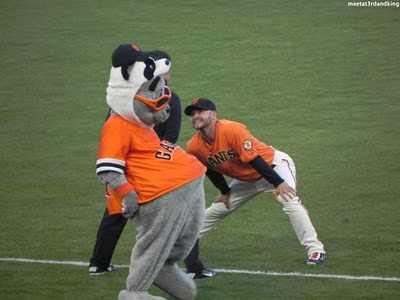 I bet this really pissed PETA off

It seems that during last year's World Series, People For The Ethical Treatment of Animals were outraged at fans showing their spirit for the Panda by wearing "decapitated panda heads." For those keeping score, this is where it becomes a Muckraker post. Upon reading this article, I was left exasperated by the sheer stupidity of their position. I did not know that these hat seemingly made of felt and fake fur, can't forget the googly eyes were actually made from the scalps of poached Pandas.

While, I am a card carrying lefty and supporter of animal rights, however, I cannot (in good conscience) support such stupidity. Seriously, way to sound like a crazy homeless person on a street corner. Positions such as this are like multiple practices fire alarms in a week... Such things reduce preparedness or in this case, reduce the interest or support of the public for your cause. Way to go... Stick to what you do best, splashing wealthy women wearing fur with paint. Let the youths enjoy their felt Panda hats or risk losing your relevance within America society.
Posted by Manfred "Manny" Funkowitz at 1:12 PM